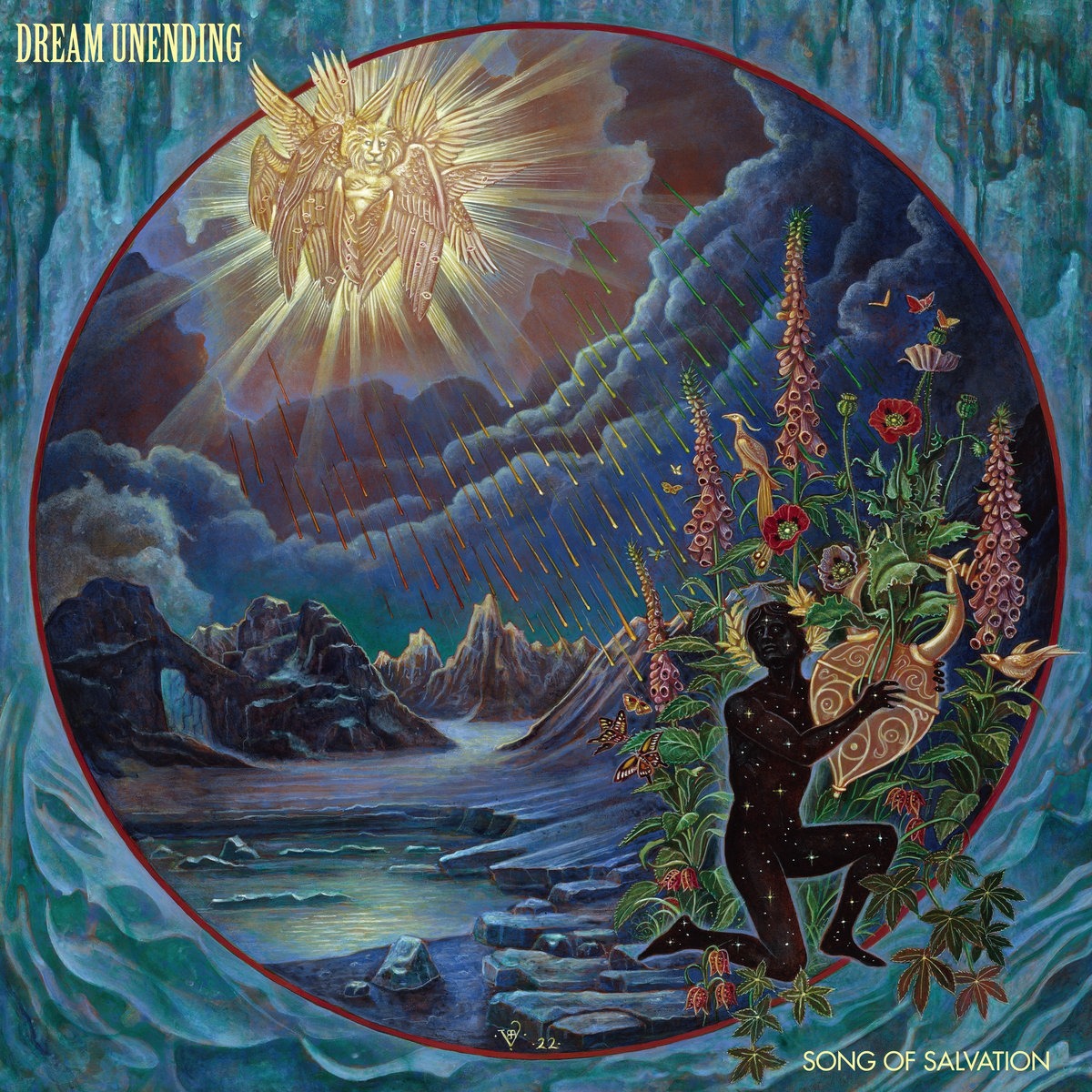 Last year, two of the most adventurous musicians in heavy music got together to make music that sounded like nothing that they’d ever done before. One of the two members of the duo Dream Unending is Justin DeTore, who’s been in bands like Mind Eraser, Innumerable Forms, and Sumerlands. (Innumerable Forms and Sumerlands both have new albums on the way; this guy stays busy.) Derrick Vella, meanwhile, plays guitar in the Toronto death metal band Tomb Mold. Together, DeTore and Vella make a form of pretty, mind-blown, progged-out heaviness that they’ve called dream-doom.

Dream Unending didn’t start with a demo or an EP. Instead, their first release was the debut album Tide Turns Eternal, which came out less than a year ago and which almost instantly became a cult favorite. Today, Dream Unending have announced plans to follow that album with a new one called Song Of Salvation, which should be an absolute trip. The album apparently opens with a 14-minute song and ends with a 16-minute song. I am expecting that album to take us places.

Along with the LP announcement, Dream Unending have shared the new song “Secret Grief,” which only lasts five minutes but which moves from near-ambient gothed-out space-guitar to echo-slathered death metal roars. It’s pretty and heavy in equal measures, and it promises great things to come. In a press release, Derrick Vella says:

“Secret Grief” feels like the most direct song on the album. It’s still got this otherworldly feel, or slightly out of a different time. Its got this hotel bar ballad feel, very plaintive. Phil [Swanson] really came through with his vocal offering, almost a wail at times. Leila [Abdul-Rauf]’s trumpet is like a siren, it came out greater than I could have ever imagined. It’s a real pleasure to know such talented people that would be happy to place a role on this. Love the King’s X vibe on the riff before the solo comes in. Justin’s drumming is so strong, lots of conviction.

Below, listen to “Secret Grief” and check out the Song Of Salvation tracklist.