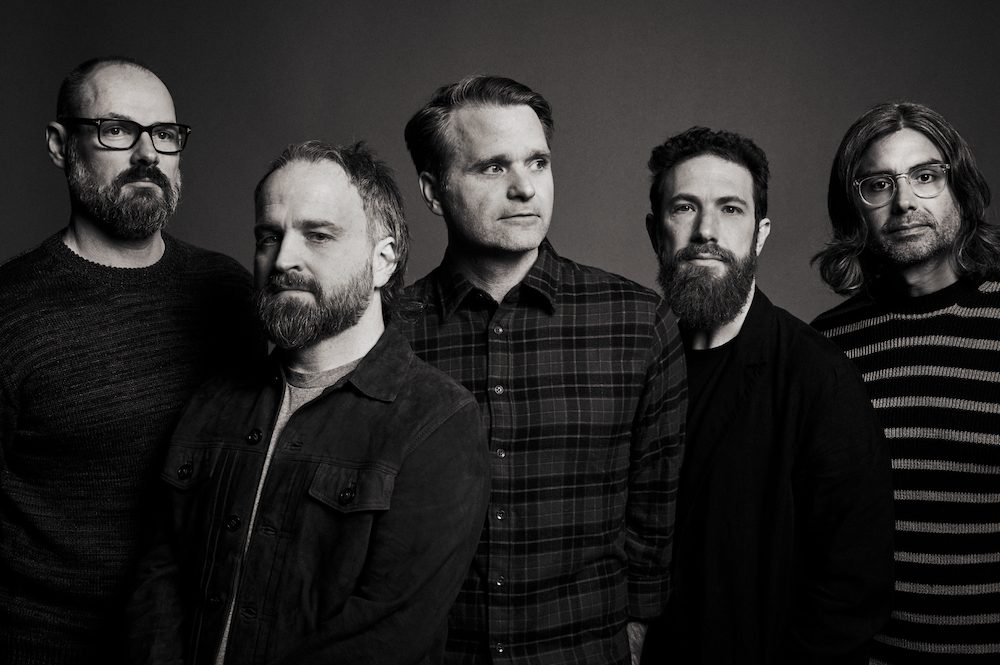 Death Cab For Cutie will release their new album Asphalt Meadows next week. They’ve shared a handful of tracks from the record so far, including “Roman Candles,” “Here To Forever,” and “Foxlove Through The Clearcut.” Now, DCFC are streaming a new album cut called “Rand McNally” via Geotag at 800+ venues they’ve played at around the world. That includes the site of their first-ever show in Bellingham (The Pacer House), Madison Square Garden, Tokyo’s Astro Hall, and the since-shuttered Roseland Ballroom in New York.

“‘Rand’ was written for everyone we toured with back in the day, for everyone who let us sleep on their floor, and for past bandmates,” Ben Gibbard says of the new song. “I felt after all these years that they deserved their own folk song. But also a promise to keep going and keep creating.”

Death Cab have also announced a special “Live From Home” livestream going down at Gibbard’s Seattle home studio on Monday, September 12 at 2 PM PT / 5 PM ET. The livestream will feature stripped-down versions of new songs, classic favorites, and a Q&A. The livestream will also benefit the reproductive rights group the Brigid Alliance.

“I started Live From Home during the pandemic when I wanted nothing more than to play music with my bandmates,” Gibbard says. “As we’re now back together, it feels only fitting to have everyone in that little room with me to bring it full circle.”

Asphalt Meadows is out 9/16 on Atlantic.