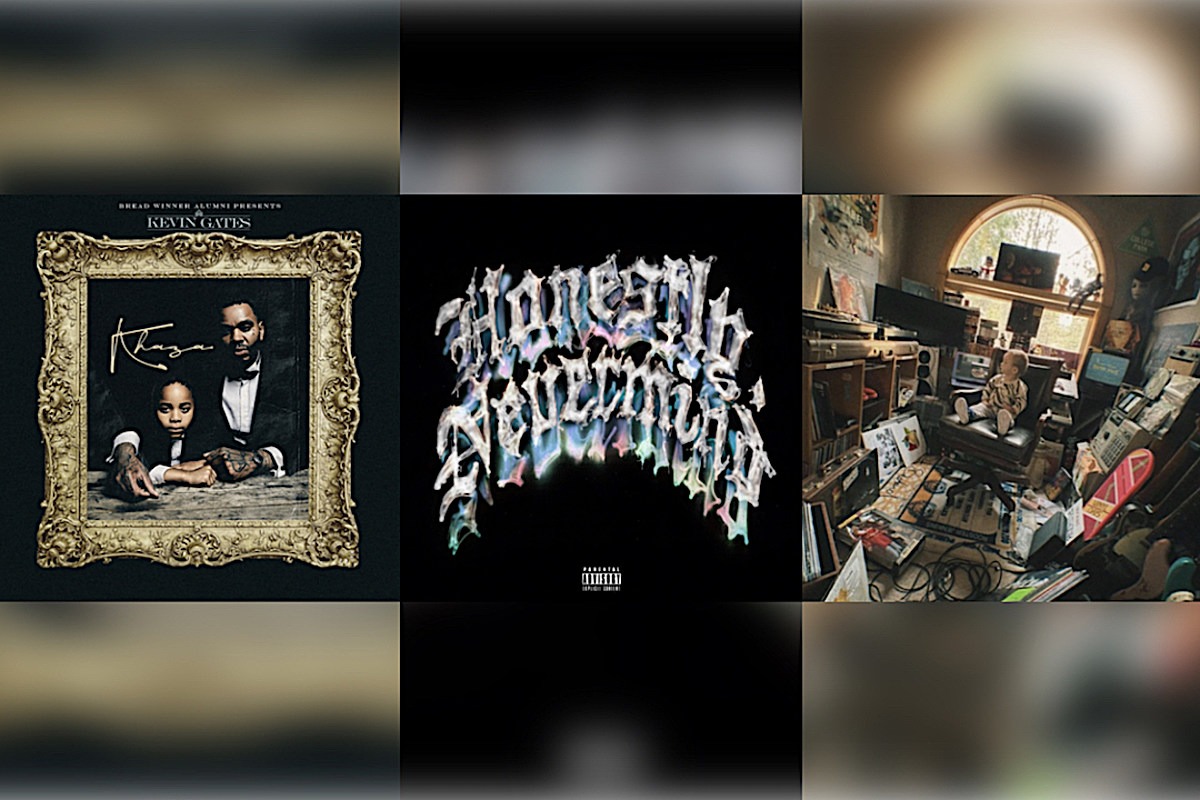 Week after week, hip-hop never disappoints when it's time for new music to drop. This week, the biggest rapper on the planet returns with a surprise new LP, a spitter from Baton Rouge, La. gets a lot off his chest with a new album and a once-retired MC puts out a project just in time for his massive summer tour and more.

Out of nowhere, Drake just showed up for the summer. On Thursday (June 16), the OVO head honcho announced his new solo album, Honestly, Nevermind. The latest LP from Champagne Papi comes after speculation popped off last week that he was dropping a new mixtape. There was credence to the chatter, with Drizzy releasing album No. 7, less than a year after putting out his 10th Billboard 200 chart-topping project, Certified Lover Boy.

Dropping without a leading single, the new offering is executive produced by his longtime collaborator Noah "40" Shebib and features a guest appearance from 21 Savage.

The new album comes a few months after it was reported that Drake signed a new recording contract worth upward of $400 million. The new album will presumably be followed by a huge summer tour for the "Way 2 Sexy" rapper.

Kevin Gates finally unveils his third album, Khaza, after a heavy rollout that has gone on for months. The Louisiana native has promoted the album every which way including dropping a line of new merch and spitting a freestyle called "Super General" over Kodak Black's "Super Gremlin," which raised eyebrows all over the place due to its sexually explicit content that name-drops Beyonce, Rubi Rose and others.

With Gates addressing a number of very personal topics throughout the course of the 19-track LP, the former XXL Freshman shows off how much his bars have evolved while at the same time, staying true to the sound he's become known for.

Led by three previously released songs, "Big Lyfe," "Bad for Me" and "Intro," Khaza's only guest feature is from Juicy J, who appears on the track "Thinking With My Dick." That particular song originally dropped in 2013, but was included on the album due to its recent success on TikTok.

In support of Khaza, Gates is gearing up to head out on a lengthy tour that will run from August through October.

Logic comes with his new album, Vinyl Days, just as he's about to embark on a 28-date co-headlining tour with Wiz Khalifa, which kicks off in July. The 30-track album is packed with guest appearances from heavy-hitting artists like Action Bronson, Royce 5'9'', The Game, RZA and plenty more.

Prior to the release of Vinyl Days, Logic actually unleashed a total of six songs that are all featured on the album including "Decades," "Tetris," "Therapy Music" featuring Russ, "Orville" featuring Blu and Exile, "Bleed It," "Breath Control" featuring Wiz Khalifa and the album's title track, "Vinyl Days" featuring DJ Premier. The aforementioned title track actually stirred up some controversy earlier this week. It was speculated that Logic took some shots at Top Dawg Entertainment rapper Reason on the track. The "1-800-273-8255" rhymer dispelled the rumor by hitting up Twitter to address the situation and also suggest the two MCs link up at some point for a sweet summer snack.

"Hey, bro, @reasonTDE, my boy @thisisrory said you thought I dissed you on my song, 'Vinyl Days,'" wrote Logic. "If I was going to diss you, I'd diss you. I love you, you're my brother. Let's get ice cream together some time."

On the very same day he was announced as a member of the 2022 XXL Freshman Class, SoFaygo dropped off his new B4PINK EP to satiate all his fans who've been waiting for new music for a minute. While the five-track project doesn't contain any guest appearances, production credits include Bakkwoods, Bryce, Y2 and ColdXsummer.

In promoting the new project on social media, SoFaygo was sure to let his Instagram followers know that true to its name, B4PINK serves as a little teaser for his highly anticipated full-length album Pink Heartz, which the newly anointed XXL Freshman promises to release soon.

"Dropping this EP to give y'all music while y'all wait for the album," wrote Faygo. "I love y'all and I promise the album coming real real soon."

Check out all the new projects this week below, including other new releases from Gucci Mane's 1017 label, Lakeyah, Duke Deuce, Erica Banks, Snoop Dogg and more.