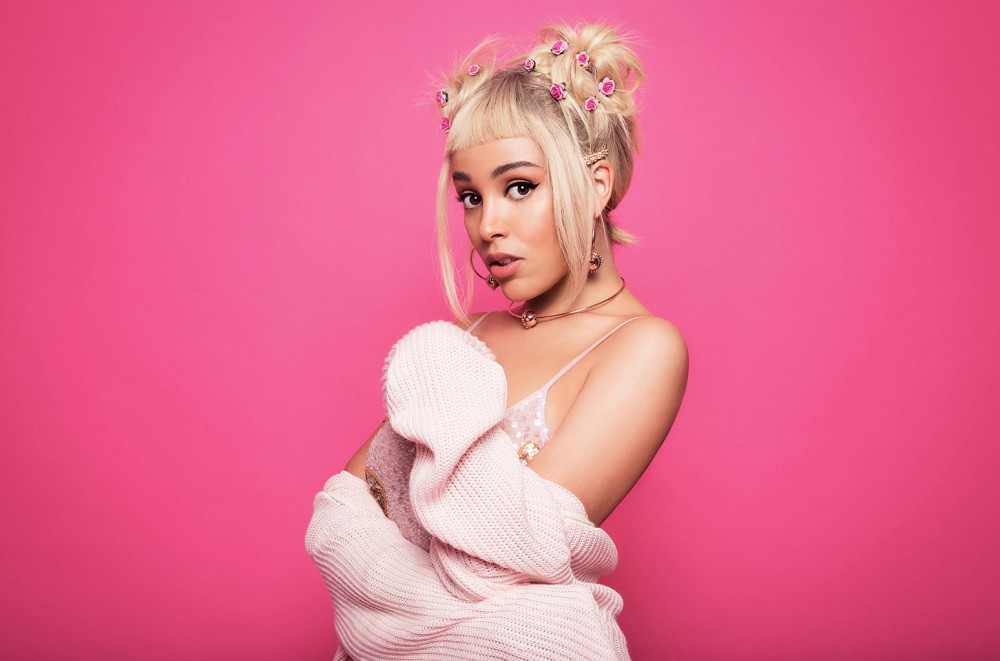 Doja Cat's colorful yet rebellious aesthetic made her a perfect fit for DC Universe's Birds of Prey soundtrack. Doja channels her inner "Boss B-tch" for the musical homage to the movie's anti-heroine star Harley Quinn, which released on Thursday (Jan. 23).

The uptempo record finds the Hot Pink artist right at home with a poppy feel mixing layers of synths and cowbells. "Said b—h, I'm the after, you been the before/ I been the stallion, you been the seahorse/ Don't need a report, don't need a press run/ All of my bad pics with all my best ones/ I wear the hat and I wear the pants," she rhymes following a catchy chorus.

"Boss B-itch" follows Charlotte Lawrence’s “Joke’s On You” and Megan Thee Stallion and Normani’s explosive “Diamonds" collaboration as the first releases from Birds of Prey: The Album. The rest of the soundtrack will be unveiled when the blockbuster hits theaters on Feb. 7. Look for Doja's cinematic music video to release at some point Thursday (Dec. 23), which should only add to the track's momentum.

Listen to "Boss B-tch" below.