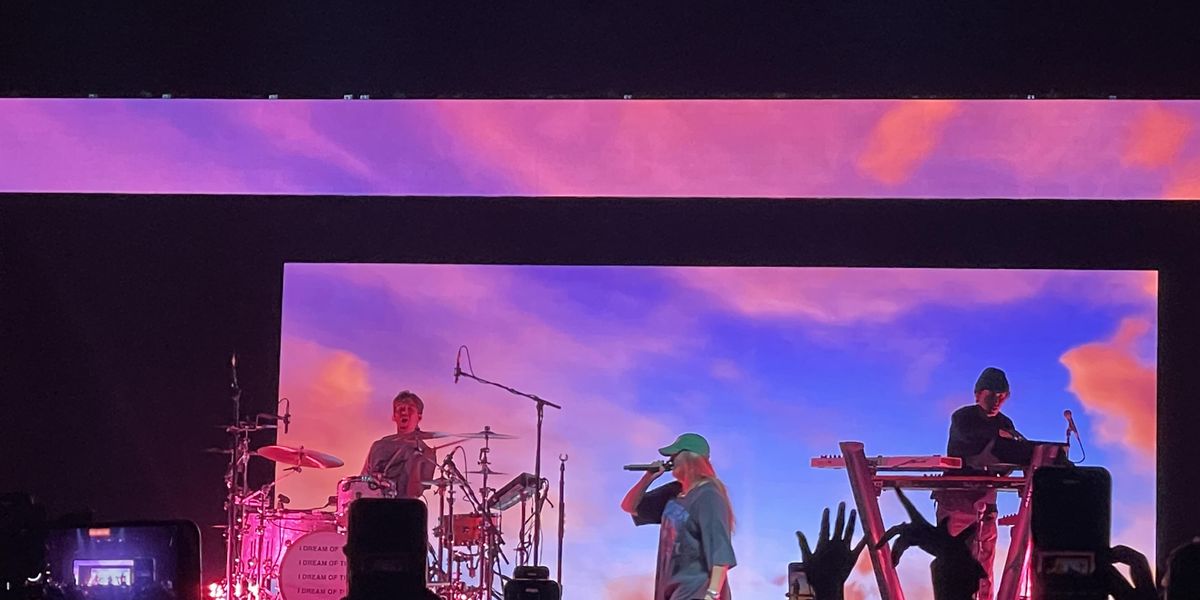 Friday Night, October 21st, the Hammerstein Ballroom was flooded with fans eager to see – and hear – Chelsea Cutler. Known for her whimsical voice and keen songwriting abilities, this rising star hit our radar in 2017 with the release of her hit single, Your Shirt. From that point on, Chelsea has continued making a name for herself in music.

Cutler’s hugely successful collaboration with Jeremy Zucker Cutler have yielded a plethora of refreshing and relatable instant hits. Following their chart-topping hit better off from Zucker’s album, glisten, Zucker and Cutler released brent – their love child album – and gave us you were good to me.

The public quickly learned that Chelsea Cutler was no longer a hidden talent. Her vibrant vocals breathe life into any track while her songwriting and production abilities make her a force to be reckoned with.

Additional collabs with ayokay, Kygo, Louis The Child, and Quinn XCII offered the world a glimpse into what she can do. But her solo albums truly seal the deal. Ever since she released her debut album, How To Be Human, Cutler has gained traction in the music industry with her powerful vocal performances and fan interaction.

I caught Chelsea Cutler at Firefly Music Festival back in 2018, and immediately became a devotee of her soothing tone and awesome lyrics. However, packed into a room with 3,500 fans was an entirely different, ethereal experience.


Chelsea Cutler and band at the Hammerstein Ballroom, NYC.

Chelsea’s sound is identical to her records. So, don’t stress over whether she may or may not be exceptional live, she is. Her sound is impeccable, amplified further by the gorgeous Hammerstein Ballroom’s lush accoustics.

With solid openers Arden Jones and ayokay, the enthusiastic crowd was more that ready for the main event…Chelsea Cutler. A few hours before the show, she teased a “big surprise” coming. The vibe was palpable, almost as if the crowd knew this was a special night.

That special surprise was…Cutler’s friend and collaborator, Quinn XCII. The talented duo graced the stage, singing multiple collabs like Stay Next To Me, Flare Guns, and a new track, Calling All Angels. Even more impressive was how much fun the pair was having performing together.


Chelsea Cutler and Quinn XCII at the Hammerstein Ballroom.

A magical moment in the night was Cutler’s performance of her song, nj. This is said to be an ode to the state of New Jersey – my home – and an ex-girlfriend. The crowd joined in…imagine 3,500 people singing along with Cutler on one of her favorite songs.

In a statement with Republic Records, Chelsea said:

“It’s my favorite song I’ve ever written in my entire life. I wrote that at like 4am in Europe on tour. Instrumentally and lyrically I’ve never made anything like it. I’ve never been more proud of something in my life.”

Cutler is currently on tour for her second solo album, When I Close My Eyes. Her lyrics detail being in love, heartache, and the idea that nothing is permanent in a way that everyone can relate to. Even more impressive, Cutler produces a lot of her own stuff.

The energy was apparent from the first chord, and Chelsea Cutler did not disappoint. Her concerts are intimate – like you and me and Chelsea are old friends – giving a palpable sense of community. A live concert with Chelsea is an experience that makes you love and appreciate her outrageous talents even more.