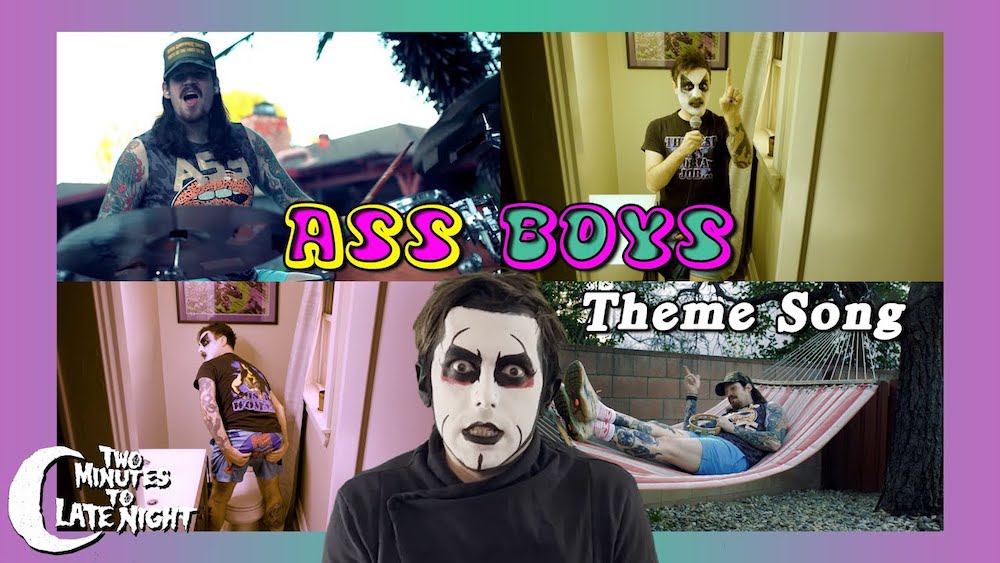 Please be advised: This blog post gets into some intense dork shit. All Elite Wrestling, the thriving pro wrestling company, has nurtured all these weird little online storylines that might not ever even show up on television. One of those storylines is the ongoing meme-feud between Danhausen and Billy Gunn. Up until very recently, Danhausen wasn’t even in AEW. Instead, he was one of the most famous indie wrestlers working. Danhausen’s whole gimmick is, more or less, “funny, lovable Satanic wizard.” The internet loves him. On Wednesday night, Danhausen made his surprise AEW debut during a lights-out match between Adam Cole and Orange Cassidy.

For a while now, Danhausen has had a fun back-and-forth going with Billy Gunn and with his sons Austin and Colten, the AEW faction known as the Gunn Club. For many years, Billy Gunn was part of the WWE team known as D-Generation X. For a while, he was known as “Bad Ass” Billy Gunn. This led to him calling himself “Mr. Ass” and coming out with an entertainingly terrible theme song about how he’s an ass man. He sometimes mooned the crowd, too.

Danhausen’s whole thing has been encouraging Billy Gunn and his sons to “embrace the ass” and to keep using that gimmick. Billy Gunn is into it. His sons are not. As part of this whole “embrace the ass” campaign, Danhausen has teamed up with the comedian Jordan Olds, the Two Minutes To Late Night mastermind whose corpsepaint/black-suit style is pretty close to Danhausen’s whole look.

Two Minutes To Late Night has been involved with AEW more and more lately. Last year, Orange Cassidy took part in a Two Minutes To Late Night version of the Pixies’ “Where Is My Mind,” the song that Cassidy has recently been using as his entrance music. More recently, God’s Hate frontman Brody King made his debut as an AEW wrestler. Colin Young, King’s bandmate in God’s Hate, recorded King’s entrance music, and Jordan Olds played guitar on it.

Today, in a new Two Minutes To Late Night video, Danhausen explains that, as “a wonderful gift to Billy Ass and his Ass Boys,” he’s hired “musical professionals” to come up with a new theme song. Those musical professionals are Jordan Olds and Colin Young, and they’ve recorded a classic-rock song about asses that’s very much in the tradition of that old ass-man theme song. It goes on for a very long time. Check it out below.

Check out the Two Minutes To Late Night Patreon here.