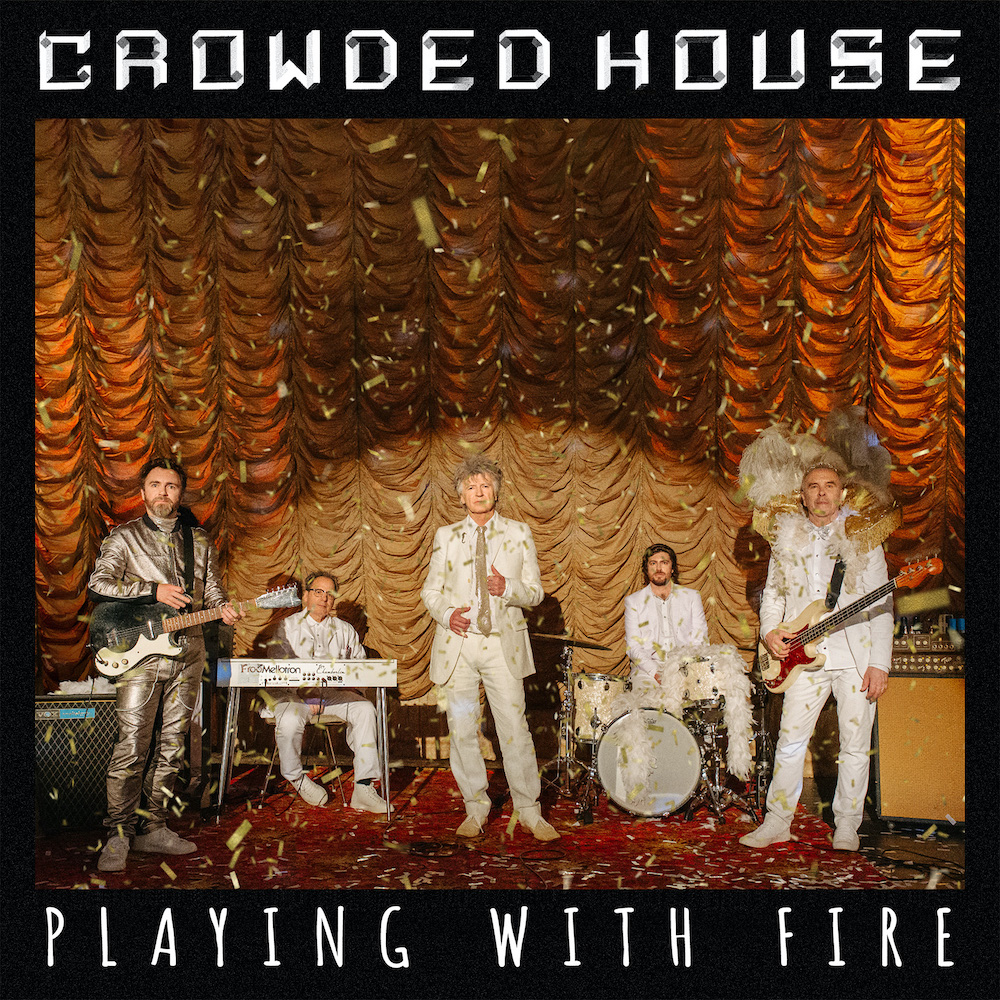 When the pandemic hit, New Zealand legend Neil Finn couldn’t tour as one of Lindsey Buckingham’s replacements in Fleetwood Mac anymore. Instead, Finn filmed himself playing an acoustic Prince cover and released a charity song with Stevie Nicks and Christine McVie, and then he got his old band Crowded House back together to make their first music in a decade. Crowded House are getting ready to hit the world upside the head with their new album Dreamers Are Waiting, and they’ve already shared the early singles “Whatever You Want” and “To The Island,” as well as a Tame Impala remix of the latter. Last night, they dropped another one.

Crowded House’s new joint is called “Playing With Fire,” and it’s a nervously twitchy pop song about the mental trials of living in quarantine. That’s less of a problem for Crowded House these days; they already toured New Zealand this year. But that weird feverish quality is on full display in director Simon Mark-Brown’s “Playing With Fire” video. In the clip, Crowded House give a Vegas-style performance in a theater for an audience of one. The band members all rock bright stage attire, and they bring along a choir, a horn section, and a pair of go-go dancers. Eventually, the sole audience member joins the show in a surprising way. Check it out below.

This song was formed out of a Crowded House jam, live in the studio but then evolved its character through many twists and turns during quarantine in 2020. “Playing With Fire” carries within it the contradiction I often feel on joyous occasions, the presence of hope together with an impending sense of doom.

Dreamers Are Waiting is out 6/4 via BMG. Pre-order it here.