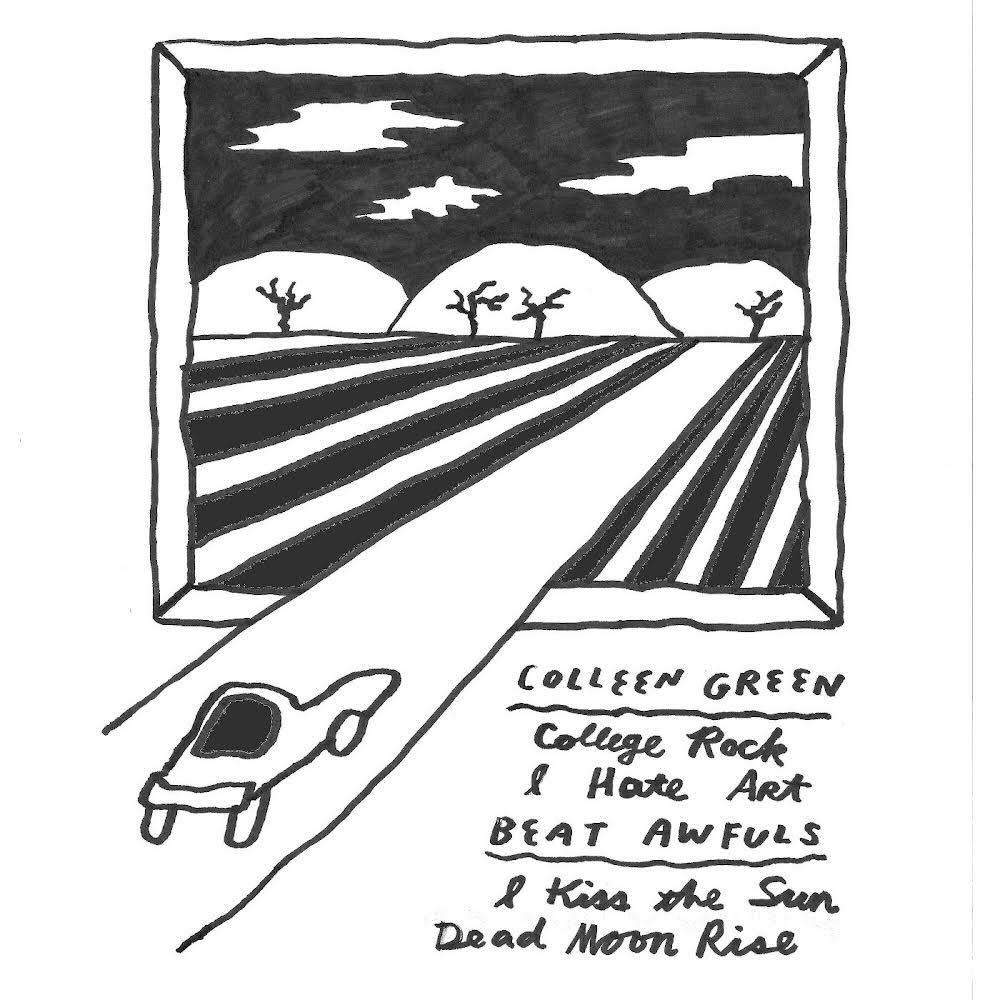 After spending a decade in California, Colleen Green relocated back to her hometown in Massachusetts in 2020. She released a new album, Cool, in the fall of last year, and today she’s back with a pair of new singles, “College Rock” and “I Hate Art,” which are being released via Cocoa Beach Tapes, a new label that Green has started up now that she’s based out of Lowell. Both are sharply melodic and comfortingly fuzzy, a given considering Green’s pedigree.

They’re being released on a split cassette alongside two tracks from Beat Awfuls, the project of the Lot Six’s Dave Vicini, who also uprooted himself around the pandemic, in his case to Richmond, Virginia. His tracks are called “I Kiss The Sun” and “Dead Moon Rise.”

You can pre-order the tape and get a download of the MP3s over on Bandcamp.

Surprise! I have 2 new songs out today as half of a split with @BeatAwfuls. Pre-order the cassette/grip the digi dl on bandcamp now https://t.co/OkkwkfkffT pic.twitter.com/k7jVfZXwh5