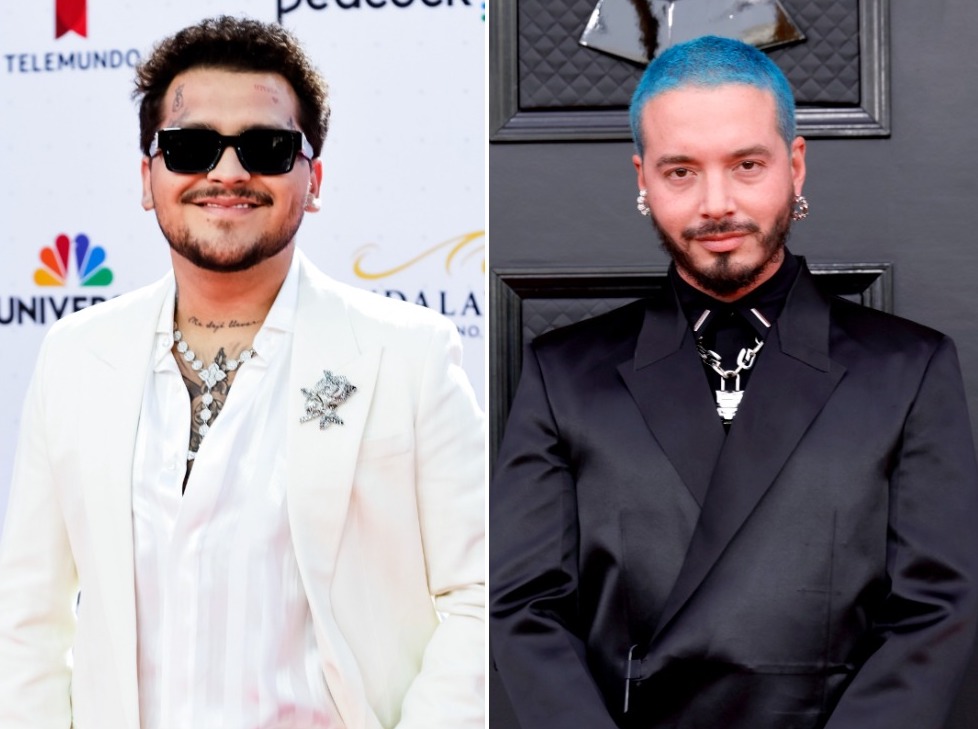 “Girasol” comes a few days after Balvin posted a photo of Nodal with bleached hair and glasses next to a similar photo of himself, captioning: “Find the difference.” Nodal responded by posting the photo to his Instagram Story, writing, “[The difference] is that I do have talent and I can proudly sing songs I’ve written wherever, however and whenever.”

He then posted a video of himself with Residente’s Balvin diss track (which dropped in March) playing in the background. Residente also got in on the current beef by posting a video to his Story and soundtracking it with Nodal’s “Limon Con Sal.” Shortly after, the Colombian singer posted a video directed at Nodal using a filter showing the name of Nodal’s ex-girlfriend, Spanish singer Belinda.

Residente and Balvin’s beef dates back to last fall when the Puerto Rican rapper called Balvin out for “fighting with the Grammys.” Balvin had called for a boycott of the Latin Grammys, which Nodal references: “You’re fighting with the Grammys because you don’t deserve them. Don’t you see that you’re a joke? If you didn’t learn with Resi, I hope you learn with me. I hope this is the last time that someone kicks your ass.”