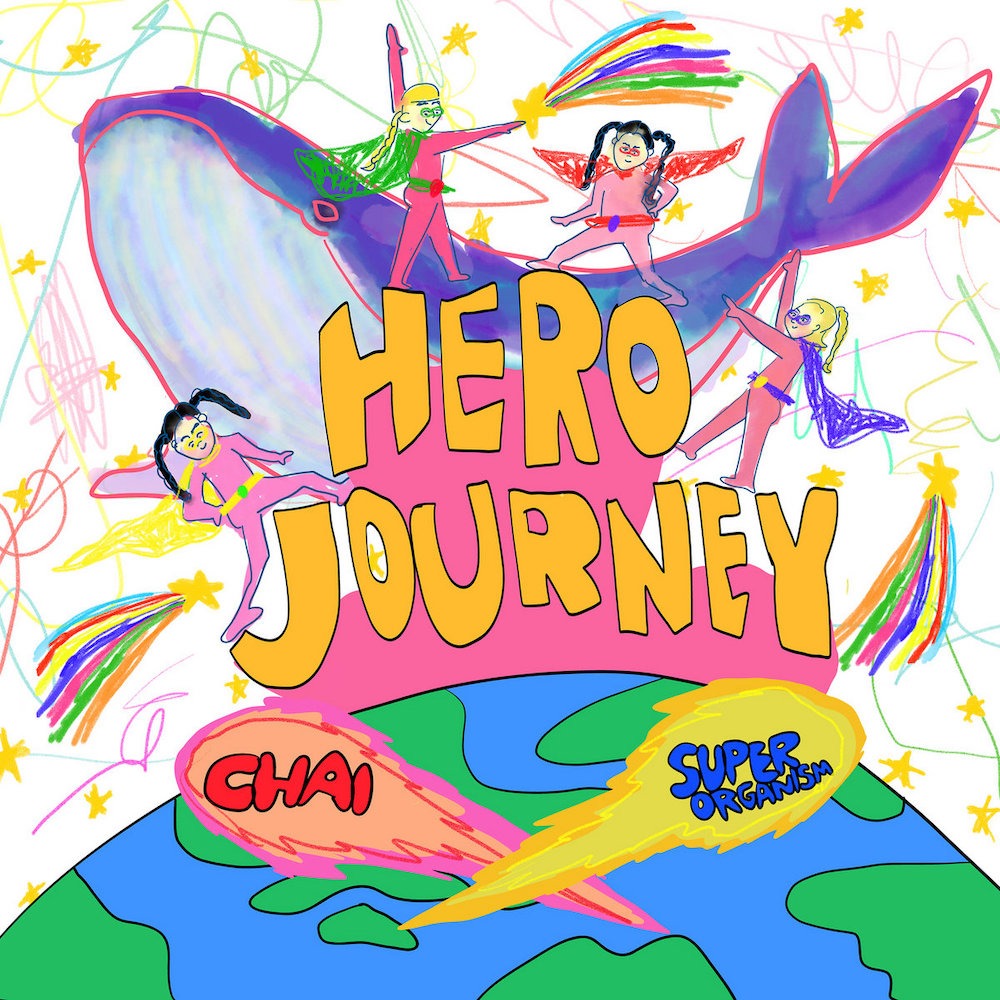 CHAI released their latest album, Wink, just over a year ago. So far, they’ve spent 2022 popping back up with a steady stream of new tracks in one form or another. Back in January, they unveiled “Whole,” the theme song to a Japanese series called Koi-senu Futari. In March they joined Sondre Lerche on his new song “Summer In Reverse,” and in May they returned with a single called “Surprise.” Today, they’re back with another one.

CHAI’s latest is called “Hero Journey.” “Is the job of a ‘justice-seeking’ HERO only to defeat ‘evil?’ Perhaps the opposite of ‘justice’ isn’t ‘evil,’ but rather ‘another form of justice?!’ Yuuki wrote on the group’s Bandcamp page. ‘Me and mine, you and yours… what each of us calls ‘justice,’ should be able to dance amongst one other! That HERO you all see, is who CHAI wants to be. Gathr all your friends you love cus’ we’re going to fly again today! It’s that type of song!”

For “Hero Journey,” CHAI teamed up with fellow bugged-out pop experimentalists Superorganism. Check it out below.