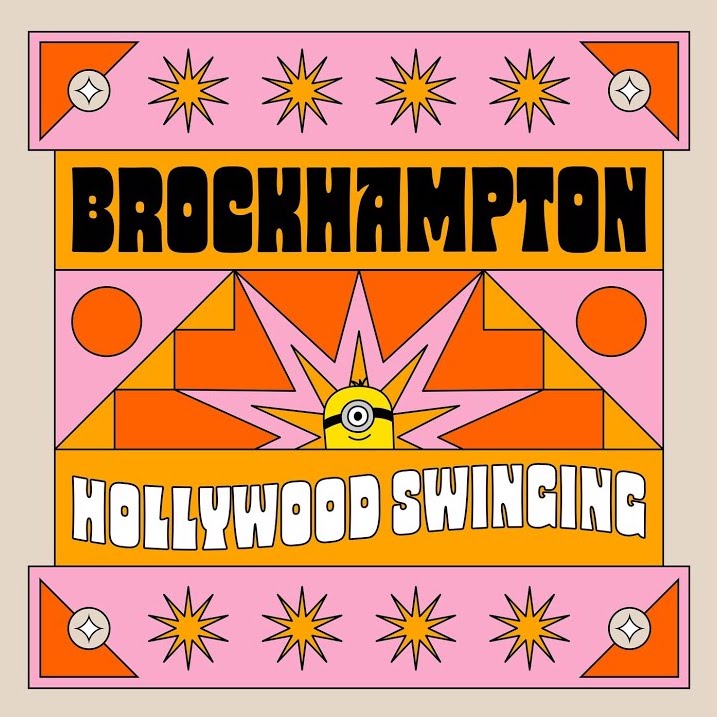 A little over a month ago, details emerged about the Jack Antonoff-helmed Minions: The Rise Of Gru soundtrack. It primarily revolves around contemporary artists covering hits from the ’60s and ’70s, though there are some originals in the mix too. One of those, the Tame Impala and Diana Ross collab “Turn Up The Sunshine,” was the first track we heard from the compilation. Since then, we’ve also heard Kali Uchis take on the bossa nova standard “Desafinado” and St. Vincent’s rendition of Lipps Inc.’s “Funkytown.”

While a lot of the soundtrack is dominated by indie-ish acts, there are some curveballs in the mix. (Still very curious about Tierra Whack’s take on “Black Magic Woman.”) One of those that jumped out when the tracklist was first announced was Brockhampton doing Kool & The Gang’s “Hollywood Swinging.” Now, we get to hear that one.

As you might recall, Brockhampton have once more been teasing the end of the group — saying they’d be going on indefinite hiatus after their Coachella performance, but also announcing a final album during said performance. So, that means “Hollywood Swinging” could be one of the final transmissions from Brockhampton (at least until an inevitable reunion). While you might expect the group to have deconstructed and warped the Kool & The Gang classic, they actually played it pretty straight. Listen below.