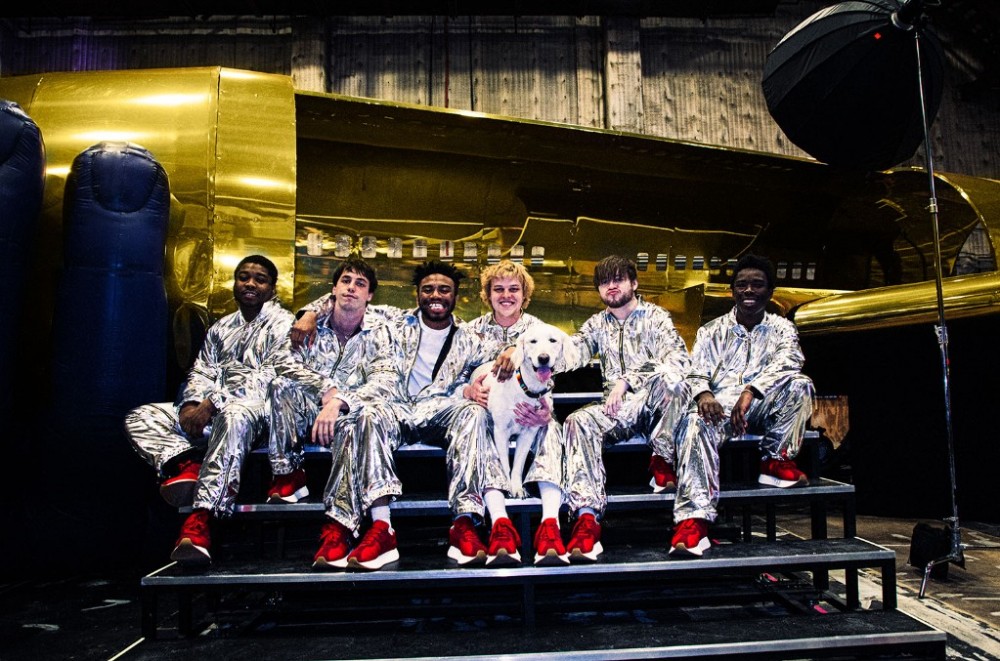 Brockhampton hit only a number of fans with quite the double whammy Friday night (May 8) during their secret, password-protected live stream titled “Technical Difficulties Radio.” Frontman Kevin Abstract announced the LA-based boy group would release two albums in 2020 and dropped two new singles “N.S.T.” and “things can’t stay the same” on YouTube later on.

But while Abstract and the clan tie loose ends on both of their full-length projects, he revealed they’ll be dropping new non-album tracks every Friday. The latest batch of roughly mixed two-minute songs gives fans the first taste of Brockhampton’s new music since their album Ginger from August 2019, consisting of Abstract and Matt Champion’s nostalgic vocals about growing up in Texas, pulsing kick drums, breakbeats dating back to hip-hop’s roots and eerie synths.

“N.S.T.” (which stands for “N—s Stay Talkin”, according to Genius) welcomes a rare verse from Brockhampton producer Jabari Manwa, while “Things can’t stay the same” spotlights a chipmunk soul sample of “Trouble Will Remain” by Amnesty. Brockhampton pulled the “Pardon the technical difficulties” tag in both tracks off of Big L and Jay-Z‘s 7-minute freestyle from 1995.

The alt hip-hop band last delivered its idiosyncratic sweetness in March with the Dua Lipa-assisted remix of “Sugar,” Brockhampton’s first Billboard Hot 100 hit that peaked at No. 66 at the beginning of the year.

Listen to Brockhampton’s “N.S.T.” and “things can’t stay the same” below.