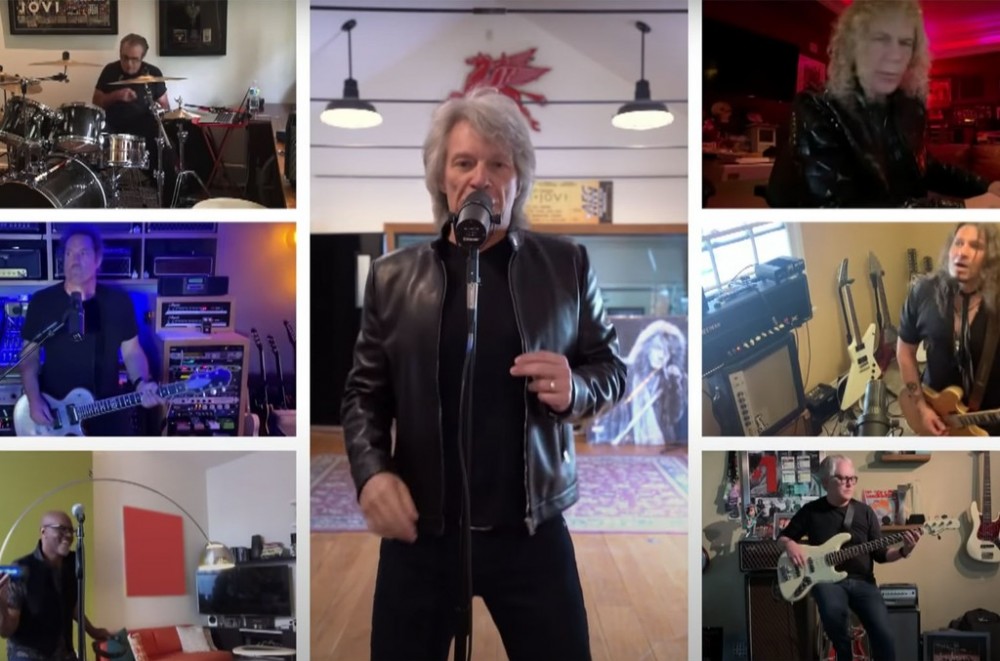 Bon Jovi took to the (virtual) stage at the season finale of The Voice on Tuesday night (May 19) to perform their latest single “Limitless.”

Accompanied by all seven of his bandmates from different locations, frontman Jon Bon Jovi charged through the motivational track, which is featured on the veteran rock group’s forthcoming fifteenth studio set, Bon Jovi: 2020. “On a night like this/ One prayer, one wish/ Step out off the edge/ It’s worth the risk/ Life is limitless, limitless/ Limitless, limitless,” he sings on the chorus after magically passing a red Solo cup through the screen to host Carson Daly.

Originally slated for release on May 15 via Island Records, Bon Jovi has pushed the album, which also includes lead single “Unbroken,” back to an unspecified date in the fall due to the ongoing coronavirus pandemic. (The band also canceled its planned Bon Jovi 2020 summer tour.)

Watch the band’s full performance of “Limitless” below.