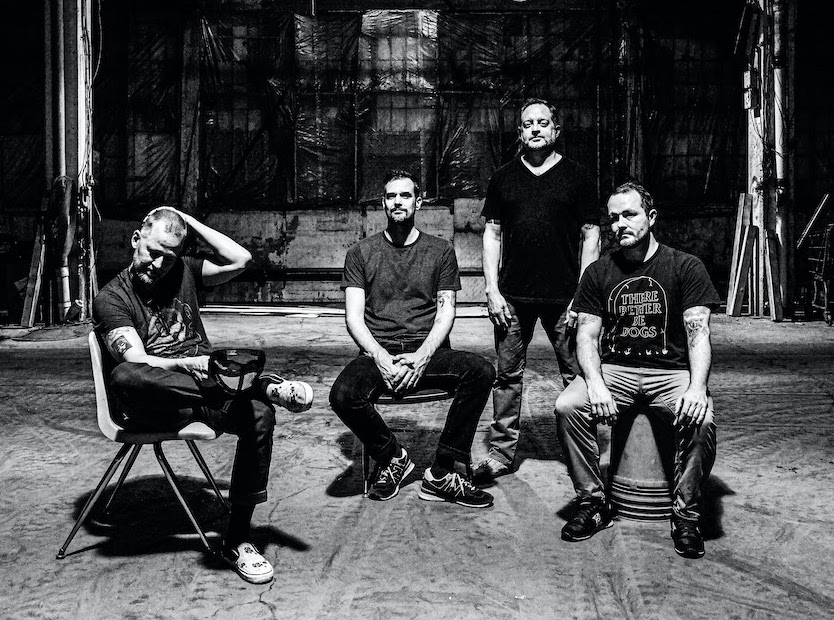 Last year, the awesomely misanthropic New Jersey hardcore greats Deadguy finally reunited, playing their first show in 24 years. The Deadguy reunion has continued, but their famously intense frontman Tim Singer also has other stuff going on. A couple of years ago, Singer got together with some other hardcore veterans to form Bitter Branches, a new band whose heavy, feverish attack shares a lot with Deadguy’s approach. Bitter Branches released their debut EP This May Hurt A Bit in 2020, and they followed it last year with a two-song single for Sub Pop. Today, Bitter Branches have shared another song, a cover of an absolute banger from PJ Harvey.

Bitter Branches’ latest track is a contribution to Exhibit A, a new benefit compilation that’s raising money for the Southern Poverty Law Center. The comp features a ton of bands from across the punk and hardcore spectrum, including Gel, Faim, the Hirs Collective, Truth Cult, and School Drugs. For their part, Bitter Branches have taken on “50 Ft. Queenie,” the monster first single from PJ Harvey’s classic noise-damaged 1993 sophomore album Rid Of Me. (Coincidentally enough, Rid Of Me is also one of the bands that’s got a song on that benefit comp.)

Rid Of Me is the closest that PJ Harvey ever came to noise-rock. With their cover, Bitter Branches have taken “50 Ft. Queenie” deeper into Amphetamine Reptile territory, turning it into rage-sweat mosh music. The song definitely hits different with a man singing those words. Talking to Brooklyn Vegan, Tim Singer says:

We’re all PJ fans, and “50ft Queenie” is a ripper (and Rid Of Me is pretty much a perfect album). That tune in particular has raw, empowering, unapologetic, gender-bending fuck-you message that pokes fun at male posturing. I personally love taking shots at machismo whenever possible. Basically, women have more reasons to be pissed off, and I also fear that people may mistake my vocals for “tough guy” posturing. So honoring PJ Harvey’s general awesomeness was a no-brainer. And I get to sing about being a 50 foot queen.

Below, check out the Bitter Branches cover and the great video for the PJ Harvey original.

The rest of the Exhibit A benefit compilation isn’t streaming online yet; it’ll go up on those services 10/7. Right now, though, you can buy it at Bandcamp.