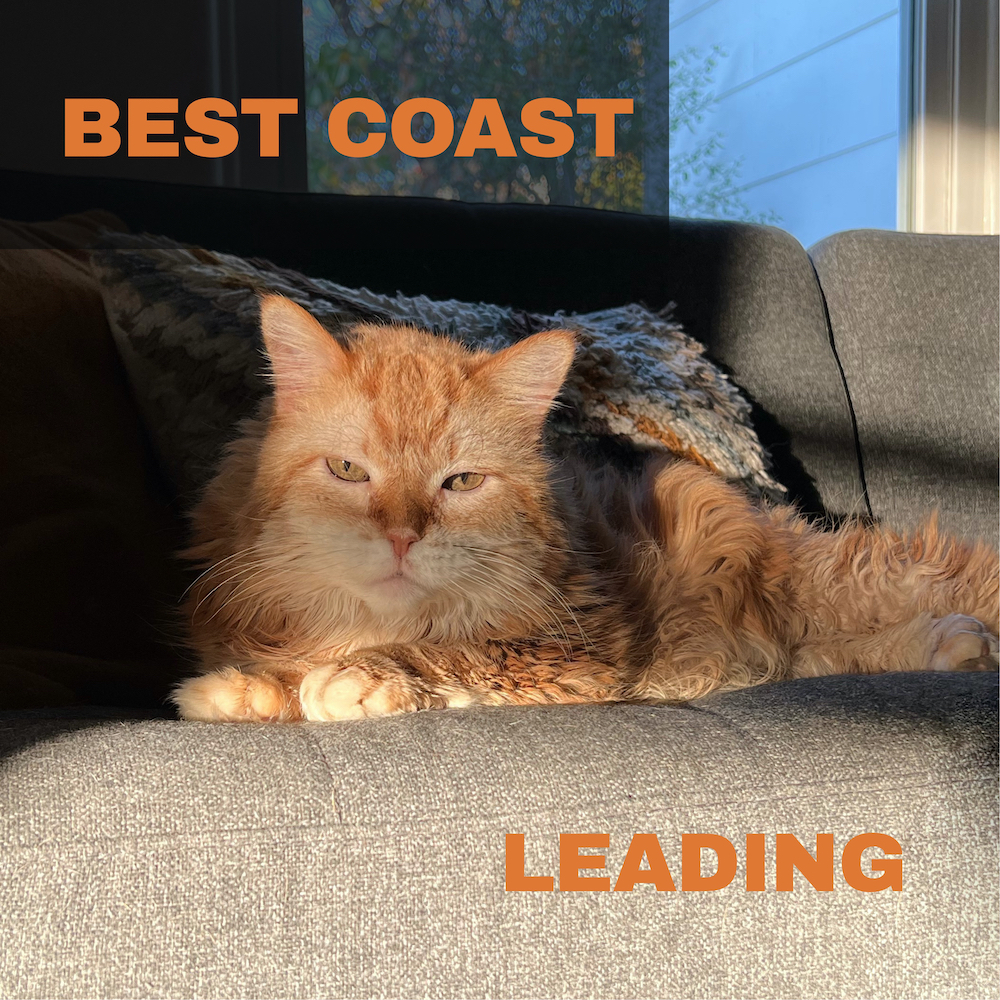 In February of 2020, just as the world was preparing to go to shit, Best Coast released Always Tomorrow, their first proper album since 2015. Shitty timing! But now that tour dates are once again possible, Best Coast are getting ready to release a deluxe version of Always Tomorrow, and it’ll include at least one new song.

On the new single “Leading,” Best Coast teams up with the Linda Lindas, the very young Los Angeles punk band who went viral by playing in a library earlier this year. The Linda Lindas went on to play Kimmel and to sign with Epitaph, where they’re already releasing singles. On this new Best Coast single, they sing backing harmonies.

“Leading” is classic Best Coast. It’s hooky, sunny ’90s-style fuzz-pop, and its lyrics are direct and plainspoken: “Nostalgia’s overrated, or maybe it’s just complicated/ Who even has the time to think about it anymore?” Bethany Cosentino says that the song is “about trying to find hope during the apocalypse,” and she describes the Linda Lindas as her “favorite young voices.” Listen to the track below.

The deluxe edition of Always Tomorrow is out 1/7 on Concord.