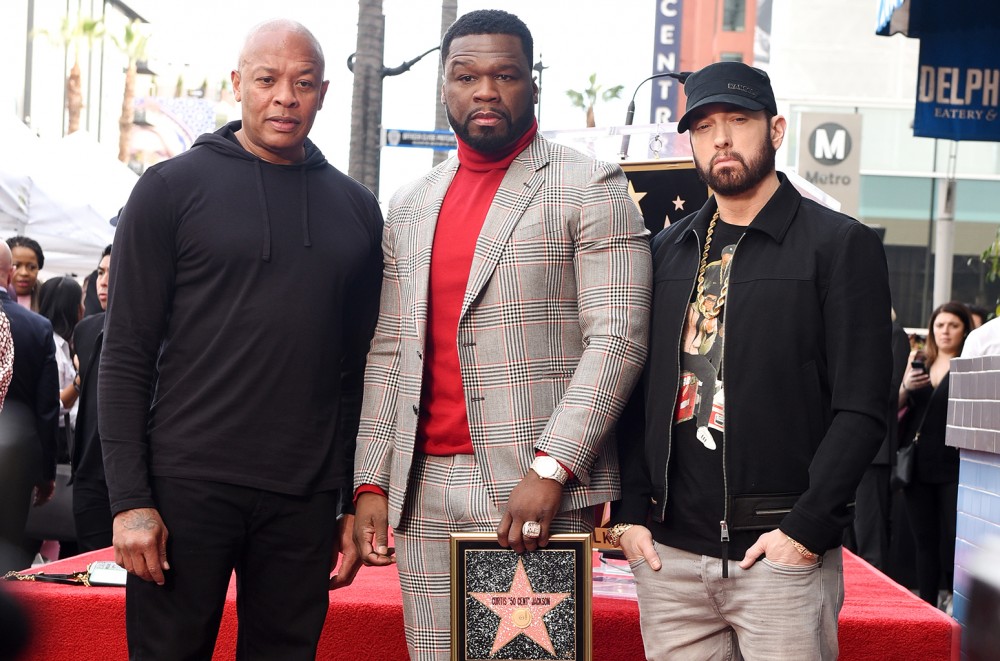 A piece of 50 Cent will forever live on the West Coast. Fifty was enshrined as the latest celebrity to receive a star on the Hollywood Walk of Fame, which was unveiled with a ceremony on Thursday afternoon (Jan. 30).

He also expressed some regret for not having Jimmy Iovine there, who played an integral role in helping launch 50's career. "I was wrong for not inviting him and not having him here today because he's a big part of the success I had," he said. "When he pointed at the TV, that's when I started thinking, 'I should do film and television.'"

"This one is important because everyone's in the same space and feels the same way about it. I just want to say thank you for supporting me," the Power creator emotionally concluded.

Eminem also took the stage to open up about his friend of nearly two decades. "Of all the things I don't remember about 2002, I have a very clear memory of the first time I met 50. One of the first things I noticed was his presence. It just kind of felt like he was going to be a star. He was the whole package," Em stated. "I'm here today because he's not only a business partner to me, this is one of the best friends I've known in the world. I'll say it's much more fun to be his friend than it is his enemy. He's always been there when I needed him."

A bunch of 50's famous friends were also in attendance, as Dr. Dre, actor Michael Blackson, Top Dawg of TDE, Power co-stars Lala and Joseph Sikora and many more came out to show support.

Watch the entire ceremony below.

–South Side on the map, wait till they see how I run with this–‍♂️–Hahaha –they never seen nothing like me before. #starzgettheapp #abcforlife Feb 11