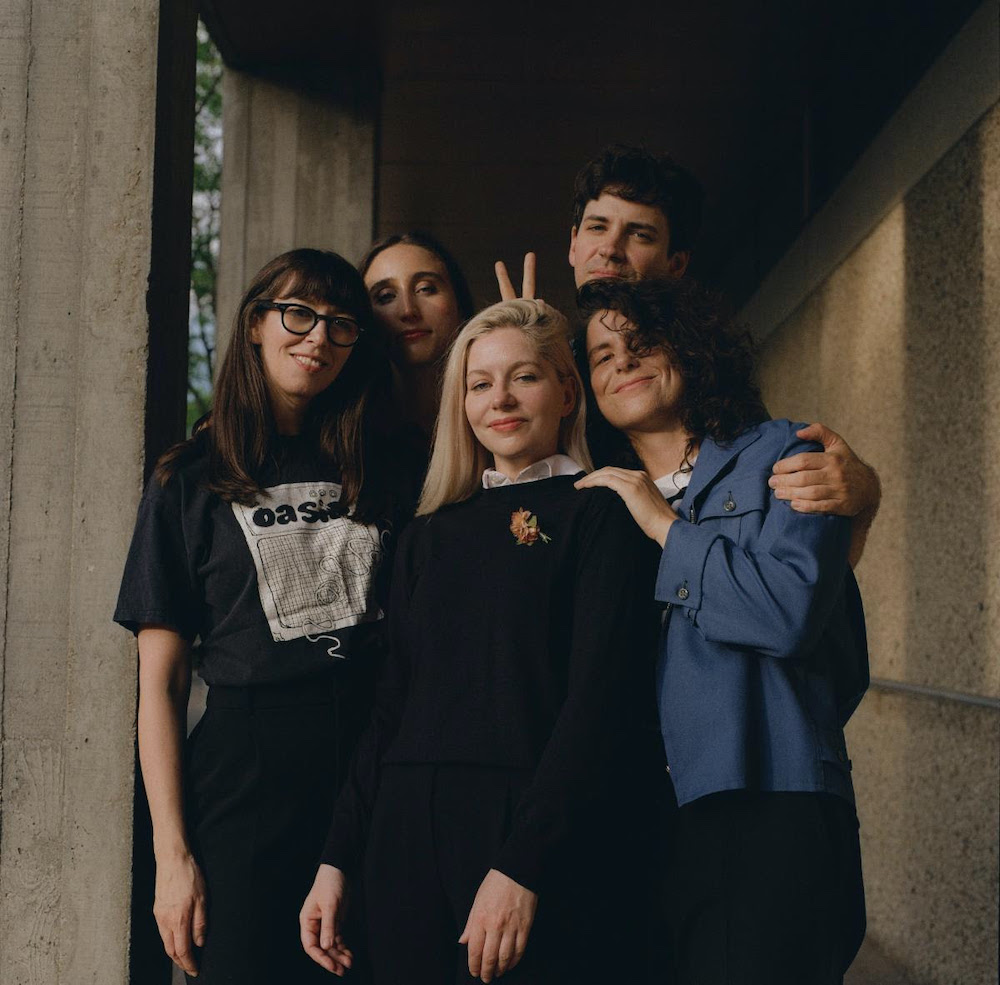 It’s been five years since we’ve gotten a new Alvvays album, but we won’t have to wait much longer now. Next month, the great Toronto indie-pop crew will follow their 2017 LP Antisocialites with their new long-player Blue Rev. Thus far, Alvvays have shared two early singles, “Pharmacist” and “Easy On Your Own?,” and both of them rule. Today, they’ve broken us off with two more tracks at the same time.

“Very Online Guy,” the first of the new Alvvays songs, is a chilly, rigid synth-rocker with its vocals artfully blurred. The sound matches the subject matter, since “Very Online Guy” is a song about the whole culture of reply guys. (If you don’t know what a reply guy is, you might be one! Don’t be one!) The song has an extremely pixelated music video, and Alvvays members Molly Rankin and Alec O’Hanley co-directed it with Colby Richardson.

The other two Alvvays song is “Belinda Says,” and it’s a more straightforward number. The song works as a heart-tugging homage to yearning ’80s pop, and its title is a reference to Go-Go’s leader Belinda Carlisle and her solo hit “Heaven Is A Place On Earth.” The Alvvays take on that sound is blurrier and more homespun than what their inspirations made, but you already know that they’ve got the hooks to compete.

In a press release, Alvvays have this to say:

Two new lambs for the cultural volcano! One more sweet slurp of alcopop dedicated to the girls wiping tables called “Belinda Says” and the dial-up electronic dream “Very Online Guy.” We directed a mosaic-mode vid for “V.O.G.” with our videoguru friend Colby. This was easily the funnest thing we’ve ever shot. Enjoy our clunky low-bit collage of aliased key clacking and step-dance scramble on your CRTs.