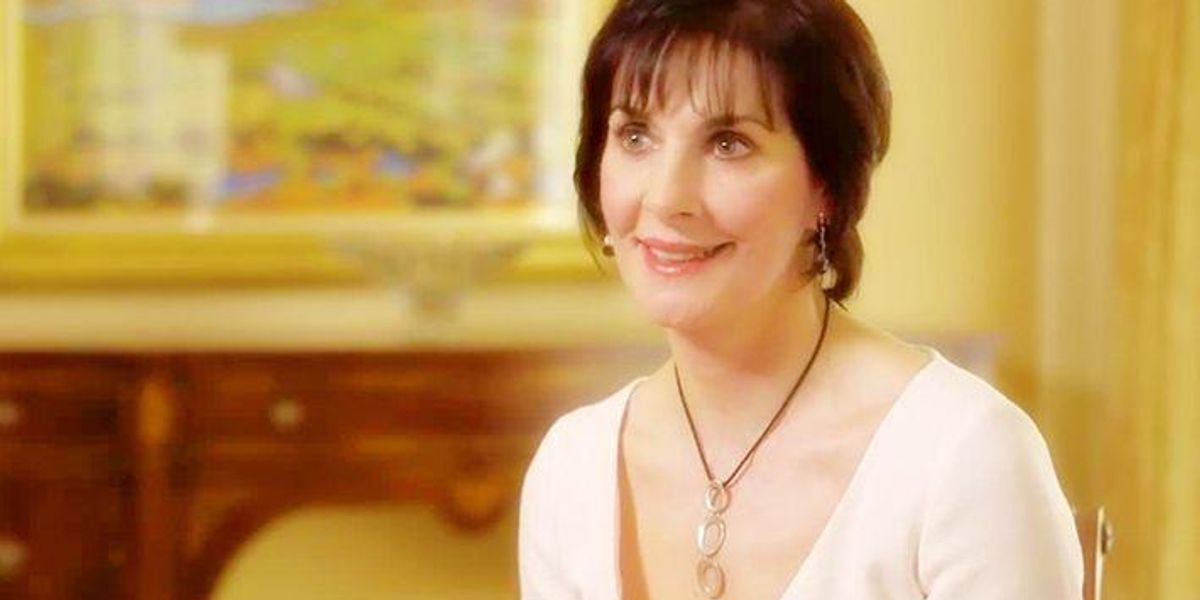 The iconic New Age singer remains, aside from U2, the biggest artist to ever emerge out of Ireland. Born into a musical family, Enya debuted in 1980 as the keyboardist and backing vocalist for Celtic folk band Clannad. Two years later she set off on her own and started working on her signature fusion of new age, folk, and classical music.

From there she exploded. Her albums Shephard Moon, The Memory of Trees, and A Day Without Rain went on to sell millions of copies, the latter still standing tall as the highest-selling New Age album of all time. All that’s not to mention she’s been nominated for both a Golden Globe and Academy Award, cited as an influence by Nicki Minaj, and has sung her songs in over ten different languages. As we honor this absolute living legend on her 60th birthday, here are some of her songs that still absolutely slap.

Off her sophomore studio album Watermark, “Exile” puts Enya’s cooing voice front and center. Starting off in a brooding minor key, Enya’s voice builds and sweeps into a satisfying burst of blissful optimism by the track’s chorus. “I’ll wait the signs to come, I’ll find a way,” she howls. While much of Enya’s discography feels bogged down by layers of instrumentation, “Exile’s” minimalist backdrop serves as the perfect breeze to gently push Enya’s voice along, and that flute solo is as epic as Frodo’s journey into Mordor.

Speaking of which, Enya’s contribution to The Lord of the Rings soundtrack was truly epic. The closer for the trilogy’s first film The Fellowship of the Ring, “May It Be” once again prioritizes Enya’s soothing voice, with nothing but gentle strings fluttering behind her. Once again, she starts off minor then goes major, erupting into a restrained but uplifting chorus that perfectly encapsulates the ethos of LOTR.

One of Enya’s biggest tracks, “Orinoco Flow,” sparkles like fairy dust, the plucking pizzicato strings and infectious chorus create a wave of occult sounds as Enya saturates them in reverb. The track’s best moment comes at its two-minute mark when the track breaks down into nothing more than light synths and Enya’s multi-layered coos. It then switches back into the buoyant chorus without missing a step. All in all, “Orinoco Flow” is a transporting experience.

Another track off her legendary fifth record A Day Without Rain, “Lazy Days” basks in that lazy Sunday vibe in epic new age fashion as Enya sings “Lazy days, rolling away, dreaming the day away, don’t want to go, now that I’m in that flow, crazy amazing day.” Judging by the lyrics, it also partially sounds like Enya’s having a mental breakdown, but I’m sure she’s fine.

A fan favorite, the best part about “Carribean Blue” is probably how Enya’s fans describe it. “That song resonates so close to the vibration of heaven,” one Reddit fan said. Another song that’s enveloped in reverb, this one features Enya’s voice soaring over plucks of electric guitar and a steady pluck of a harpsichord. What’s sick is that the song is just about how blue the sky is — “Caribbean Blue,” to be exact. If you need a song to help you appreciate life, “Caribbean Blue” is a worthy contender.

Another masterful Enya track, “Only Time” is arguably her most well-known track. Off her iconic album A Day Without Rain, the track was frequently adopted by grieving American audiences after the attacks of 9/11, and was heavily used on multiple radio and television networks during coverage of the tragedy’s aftermath. The theme behind the song still resonates and is still just as applicable today. I mean, who CAN really say where the road goes, or where the day flows, anyways?