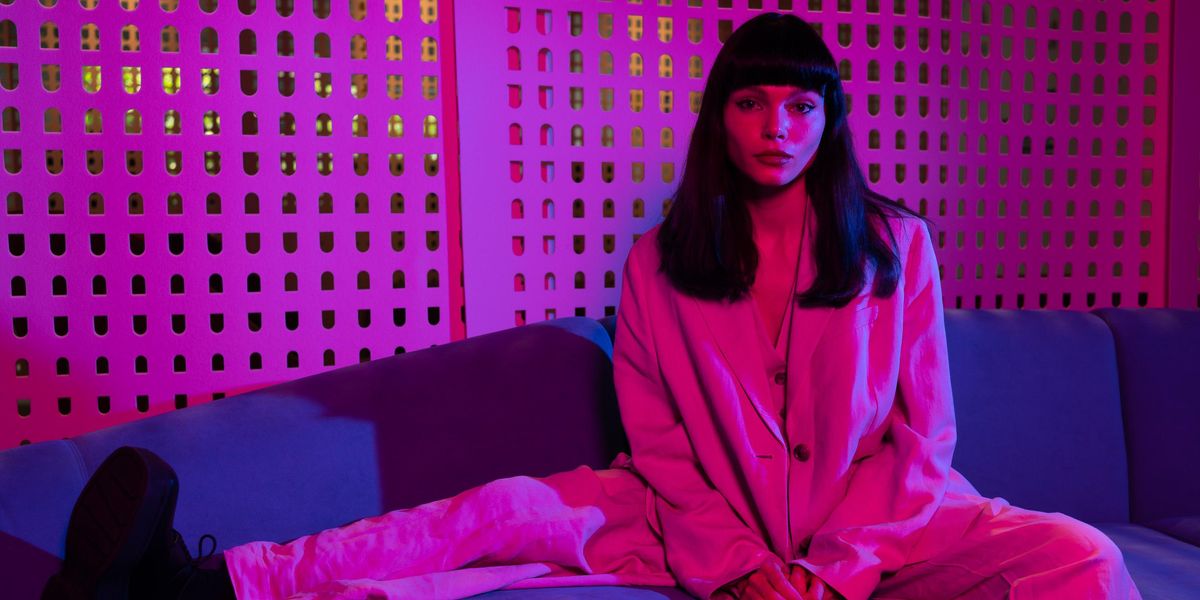 Winona Oak released her debut album, Island of the Sun, on June 10. The release is years in the making, with tracks dating back to 2018. The Swedish singer-songwriter is a master at creating a mood, and this album reveals a complete artist.

Known by many for "Hope," a collaboration with the Chainsmokers that has racked up 139 million YouTube views and 220 million Spotify Streams. Island of the Sun shows a versatility that stretches well beyond EDM. The album captures the beauty and isolation of her homeland while celebrating the dance the music that first made her famous. "Jojo," is a sweeping ballad that fills the room. The latest single "Radio" is pure dance pop with a dark, retro edge.

We spoke to Oak about recording the album and creating the universe around her music.

How does it feel to release your debut album?
Oh gosh, it’s hard to even describe all the emotions that I feel around the release of this album! It’s all so nerve wracking and scary and exciting and amazing at the same time. I’ve put my heart and soul into this album. I’ve turned my experiences, all the beauty and the pain into 13 songs that the world will get their own piece of now.

It includes brand new songs plus previously released singles. How did you select what tracks made the cut?
It was very hard to choose from my favorites because I had a lot of songs that I wanted to include. I just had to think about the overall sound all together. I wanted variety–songs that you can dance to and intimate songs that allow you to really sit with your feelings.

Your single "Jojo" is so personal. Was it hard to write?
All of my songs are pretty personal in one way or another so both yes and no. It can be pretty scary to talk about my insecurities and reveal so much of myself, but I also think it would’ve been a lot harder for me to write about something that I couldn’t relate to.

How have you evolved as a songwriter since you started releasing music?
I’ve met so many talented songwriters and producers over the years that helped me grow in so many different ways. I’m definitely a lot more confident, both as a singer and songwriter, than I used to be.

You've covered a lot of different styles in just a few years. Each song sounds like you, but they each have their own mood. How do you work with producers to find the right sound?
It’s hard to put a finger on how we find the right sound landscape for every song. I think I just know when I really like something. I always try to develop my sound and experiment with different genres and elements. I don’t ever want to get stuck in a box, so I honestly just go with the flow and create whatever feels authentic to me. My album is a pretty big mix of everything, but the main thing is that it’s me telling stories from my life and every story deserves its own kind of universe.

What immediate effect did the success of “Hope” have on your life? Did it change how you approached your solo music?
It definitely gave me a lot of confidence moving forward. I am very happy that Alex and Drew took a leap of faith and introduced my voice and songwriting to the world, when I didn’t have a single song out and was just about to sign my record deal. They definitely played a big role in helping me reach out to lots of listeners and are still very important people in my life.

You grew up in rural Sweden. What kind of music were you exposed to? What encouraged you to move to a bigger city?I grew up listening to lots of different kinds of music. Locally, I was exposed to a lot of Swedish folk music which I still love, storytelling is one of my favorite forms of songwriting. In my parents’ house we would listen to everything from Leonard Cohen, Patti Smith, The Beatles, Bob Dylan, Aretha Franklin and Norah Jones to pure pop songs that I heard on the radio. My older sister would make mix tapes for me with my favorite songs. It’s very fun listening back to it now because it’s literally every genre you can think of in all of the CDs haha. Moving to a bigger city was never a question for me. I always knew I needed more space to bloom and I wanted to explore the world.

Your music videos are gorgeous and cinematic. How involved are you in the concept and art direction?
Thank you! I am very involved, I’ve always loved music videos, and the aesthetic part of an artist’s universe. I’ve also been doing most of the makeup and styling by myself for almost every video and performance. love using myself as a canvas.

What influences your aesthetic? Your style is both vintage and futuristic.
Mostly my mood I think. I also get a lot of inspiration from movies and other art forms. But just as much as I love vintage shopping and fun makeup, I also love being in pajamas and a hoodie for five days in a row in the countryside.