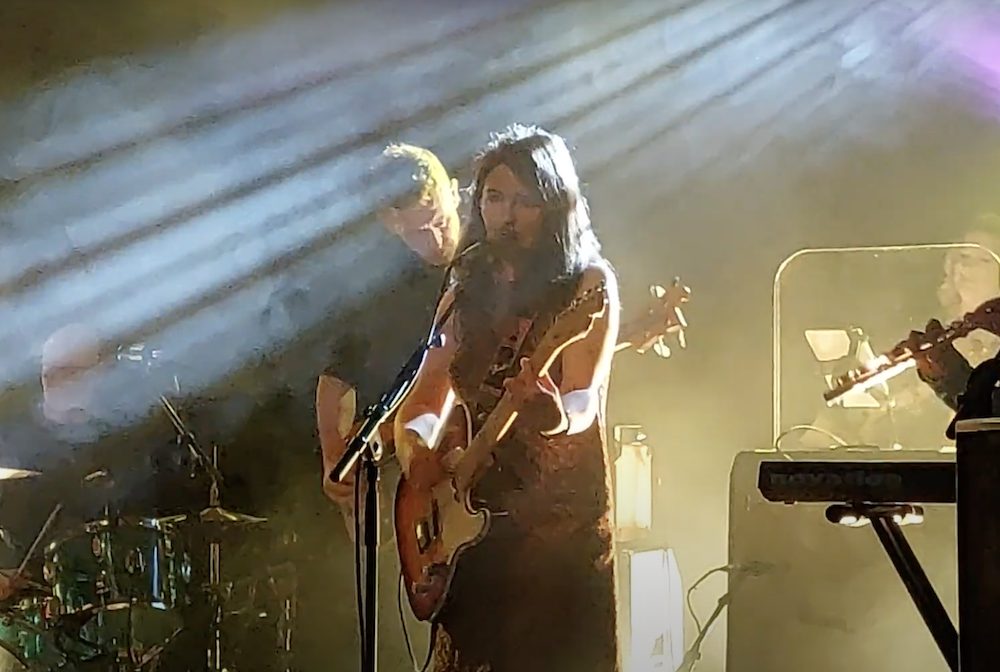 Last summer, Scottish indie greats the Delgados announced a 2023 UK tour — their first time playing live since February 2005. Last night, the band played the first of those dates in Brighton at Concorde 2. They played a career-spanning set that drew from classics like 2002’s Hate, 2000’s The Great Eastern, 2004’s Universal Audio, and more. Watch some fan-shot footage of the Delgados’ reunion below.

Watching @delgados_the first gig for, gulp, 18 years at Brighton Concorde.
Top of my list of bands who could/should have been massive, although maybe their magnificent songs are that bit too off-kilter to cross over. pic.twitter.com/1rlFfSEoqB