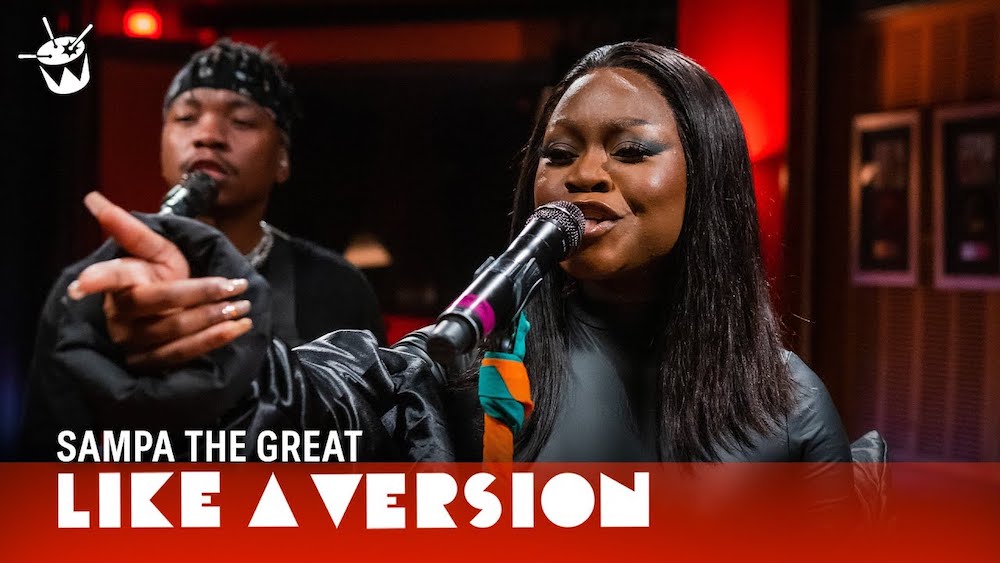 Although Sampa The Great hails from Zambia, she launched her career from Sydney after moving there in 2013 to study audio engineering. In 2016, she was tapped to open Kendrick Lamar’s concert in Sydney at Allphones Arena. Now, in an appearance on Triple J’s Like A Version covers series, she and her band have turned in a Zamrock version of “DNA.” from 2017’s DAMN.

In an interview accompanying the cover, she explains, “I covered Kendrick’s ‘DNA.’ or Kendrick in general because Kendrick’s show was the first big major support that I got in Sydney. And it was a huge inspiration for me to actually take being an artist seriously.” Sampa continues, “I really like DAMN. I think an artist who’s really focused on lyricism and storytelling, I think sometimes you can get really heavy with your projects. I feel like DAMN. was a lighter version of Kendrick and we got to see him happy and joyous and talking about stuff that we all talk about, which I love.”

Sampa also sheds some light on the origin of the Zamrock sound, which melds ’70s psychedelic rock and traditional Zambian music. She says she only just learned about the style upon moving back to Zambia three years ago. Check out her cover and the interview below.