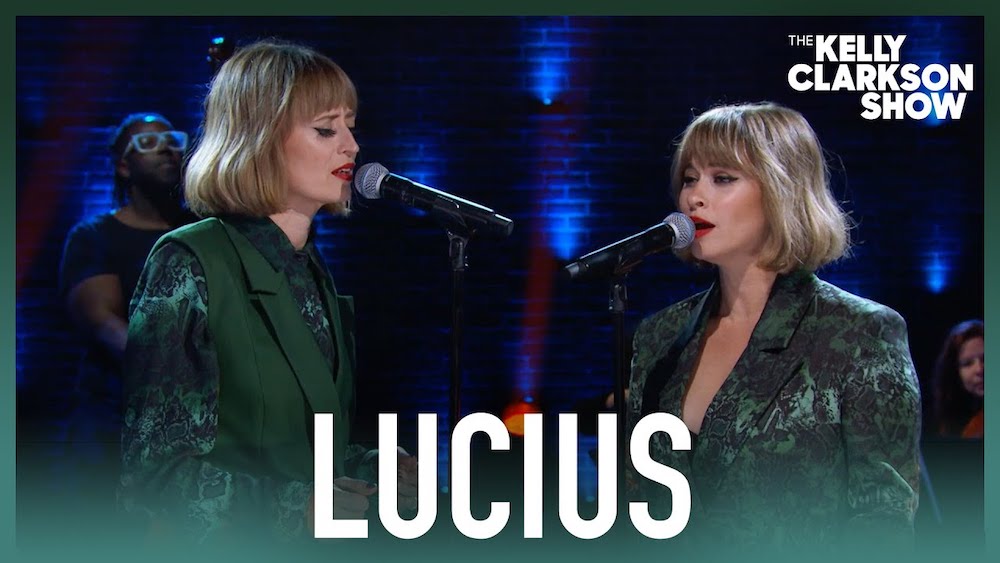 Epic harmonizers Lucius — led by Jess Wolfe and Holly Laessig — have been on a tear recently. In 2021, they provided harmonies on Brandi Carlile’s In These Silent Days, and their featured track, “You And Me On The Rock,” came away with three Grammy nominations. More recently, they appear on Margo Price’s just-released album Strays (“Anytime You Call”). In April 2022, they released their fourth studio album, Second Nature, which was produced by Dave Cobb and Carlile. On Friday, Lucius appeared on The Kelly Clarkson Show to perform album single “The Man I’ll Never Find,” which they recorded at “badass” Sheryl Crow’s house. Watch their performance and sit-down interview below.