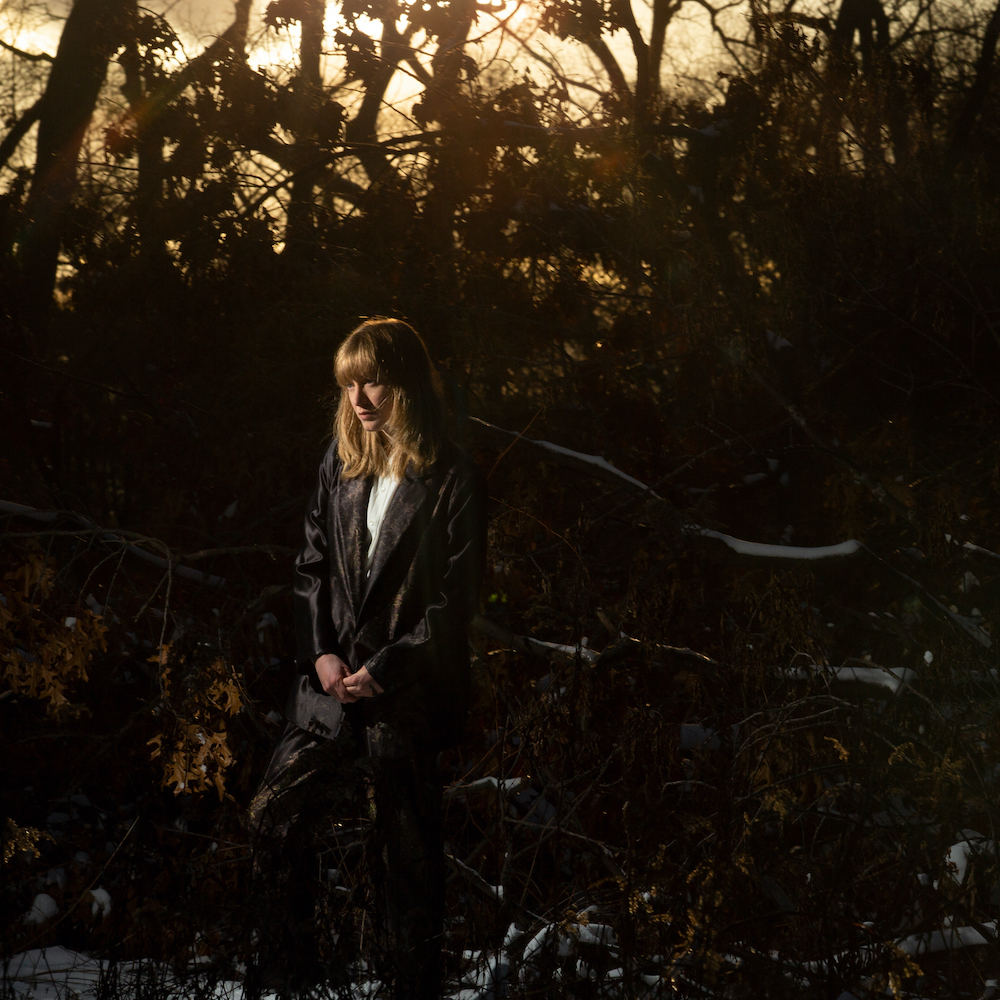 Last year, Tamara Lindeman, the singer and songwriter who records still and rapturous indie-folk as the Weather Station, released her album Ignorance. It was one of our favorite albums of the year. Today, Lindeman has announced plans to follow Ignorance with How Is It That I Should Look At The Stars, a new album that she recorded long before she released the last one.

Lindeman made How Is It That I Should Look At The Stars in March of 2020 — the last few days before the pandemic changed everyone’s lives, seemingly for good. Lindeman put together the album without notifying her label. She assembled her own band, mostly comprised of jazz musicians from the Toronto scene. Co-producing with Jean Martin, Lindeman taped everything live from the floor at Toronto’s Canterbury Music Studios in three days of sessions.

First single “Endless Time” is a spare, stirring song. Singing over a bare piano, Lindeman describes the feeling of living your day-to-day life with the understanding that the world, as you know it, is coming to an stop: “It’s only the end of an endless time.” It’s a pretty song, and it’s also deeply sad and strangely terrifying. Lindeman directed the song’s video herself. In the clip, she wanders through a city street, distraught, as she and strangers console each other. I can’t help thinking of it as The Weather Station Eleven. Below, check out the “Endless Time” video, the new album’s tracklist, and what Lindeman has to say about it all.

In a press release, Lindeman says:

When I wrote Ignorance, it was a time of intense creativity, and I wrote more songs than I ever had in my life. The songs destined to be on the album were clear from the beginning, but as I continued down my writing path, songs kept appearing that had no place on the album I envisioned. Songs that were simple, pure; almost naive. Songs that spoke to many of the same questions and realities as Ignorance, but in a more internal, thoughtful way. So I began to envision How Is It That I Should Look At The Stars, a quiet, strange album of ballads. I imagined it not as a followup to Ignorance, but rather as a companion piece; the moon to its sun…

In Toronto, I live in a world of overwhelming abundance; fruits and fresh vegetables flown in year round from Chile, California, Malaysia. Standing outside a neighbourhood fruit stand one day, I found myself wondering how I would look back on this time from the future; if I would someday remember it as a time of abundance and wealth I did not fully comprehend at the time, and I wondered how it would feel to stand at that threshold of change. I wondered too if we were not already there. The song was written long before the pandemic, but when we recorded it, on March 11, 2020, it began to feel eerily prescient. The day it was recorded truly was the end of an endless time, and as ever, I don’t know how the song knew.

How Is It That I Should Look At The Stars is out 3/4 on Fat Possum. The Weather Station was planning to start an international tour tomorrow night in Boston, but she’s since postponed the beginning of that tour; it’ll now kick off 2/12 in Los Angeles.