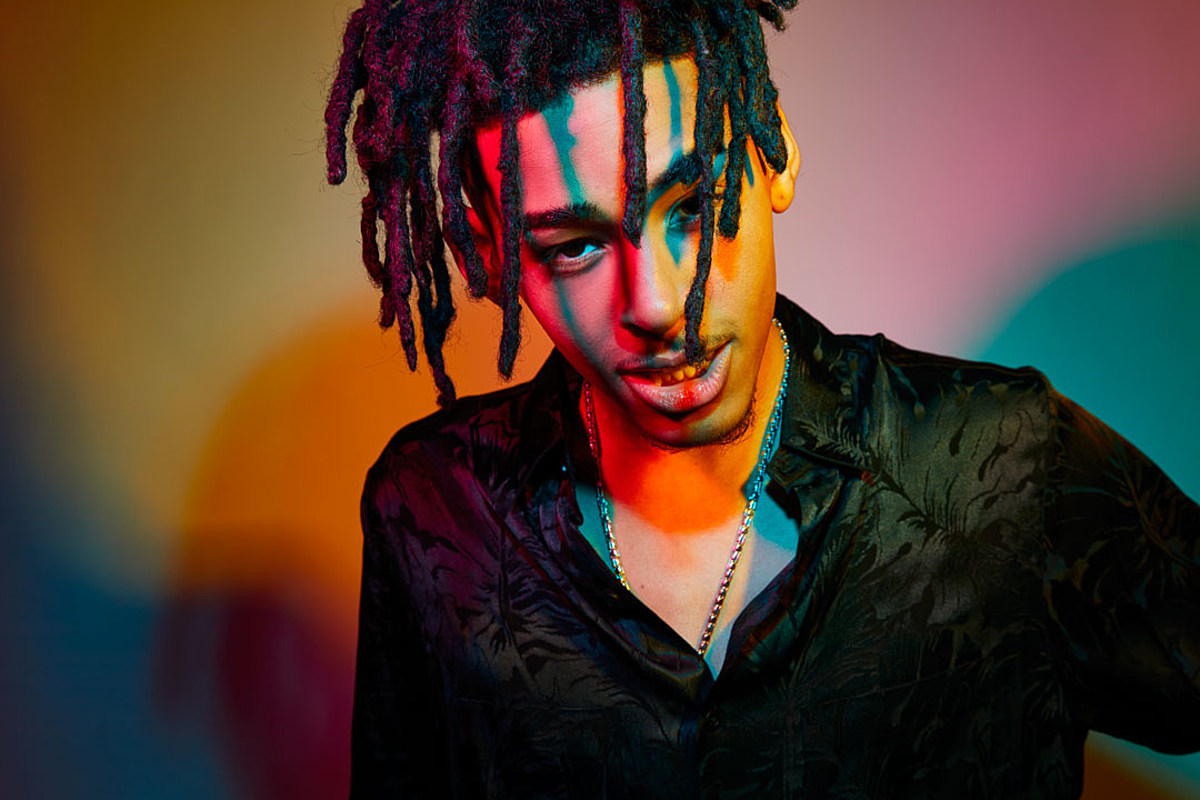 Music has a way of connecting family, and altering a life path for the better of those who have the talent to take that passion for song to the next level. Such is the case with TheHxliday, a teenage rapper out of Baltimore who got introduced to music by his mother, the lead singer of the city’s local rock band called Chick Flick. He even started his own band, Versus the World, at the age of 5. Seeing his mom perform was an inspiration, and he got his own chance to actualize his interests in performing further at 13.

It was at this age that his mother showed him how to use GarageBand, the Apple audio program. TheHxliday used the workstations to make beat loops, and ultimately remade Common and John Legend’s “Glory” in the program after he found the beat online. The then-aspiring artist did this to win a chance to sing a solo of the track in high school, and his plan worked. Fast-forward years later, the singing-rapping newcomer who based his name off his loves for holidays has two projects under his belt, two Cole Bennett-directed music videos—”Mistakes” and “Save Me” are both around 5 million YouTube views—a deal with Motown Records and a budding music career.

But before those big moves he made, TheHxliday decided to keep doing covers after the success he had with covering “Glory.” In 2018, when he was 15, he also covered Rae Sremmurd’s “Powerglide.” The track blew up on SoundCloud, getting a million streams in one week—it now has over 7 million streams. Around this time, TheHxliday’s own song “Enemy” was gaining momentum, and he started to build a more loyal fan base. With this type of online traction, he also started receiving all sorts of DMs from people who wanted to work with him. The singing-rapping newcomer chose his manager, Trap, from those DMs; an off-the-cuff decision he made while hungover for the first time. That move helped change TheHxliday’s life as he pushed himself head first into the music industry, capping off what was already a crazy 2018.

TheHxliday kept the hybrid of songs coming in 2019 with the piano-driven banger “Mistakes” and the knocking ode “Messages,” two heartfelt tracks about wanting to get his girl back, which encompasses his style of melding hip-hop, rock, pop and R&B. “So don’t give up on what we have/Before it’s too late (Before it’s too late)/Ain’t no room for mistakes, uh (Ain’t no room for mistakes)/Baby, don’t you hear, yuh?” he delivers on the mid-tempo groove of “Mistakes.” There have been plenty of acts who have rapped and sung over more emo-centric hip-hop beats in the SoundCloud scene, but TheHxliday is more polished than some of his contemporaries were, with solid songwriting and a deft understanding of how to put tracks together. His 2020 project, Broken Halls, and Batbxy, released in 2021, showcases his homegrown talents.

Last year, a major moment in TheHxliday’s career materialized. He signed to Motown Records in August of 2020, choosing the storied label over others because he felt comfortable with the team and the deal fit his goals. Armed with a major label behind him and his forthcoming EP, The Most Beautiful Disaster, on the way, TheHxliday is making his own way in the game and enjoying the journey. Get to know his story in this week’s edition of XXL‘s The Break.

I grew up listening to: “My Chemical Romance, Linkin Park, Paramore, Bruno Mars, Michael Jackson. It’s a lotta people. Then the SoundCloud wave came in. I was listening to Trippie [Redd] and X[XXTentacion], Ski [Mask The Slump God], [Lil] Skies.”

I’m going to blow up because: “It’s crazy ’cause it’s just like every time I… feel like it’s funny. Every time I’m going through something mentally, right, I be taking it out on my music and everything, but it’s always something happening, it always knocked me back
into the game. It’s always something that gave me my head back, focused. So, I feel there’s
always signs just kind of telling me, ‘Just keep working, keep going crazy and keep enhancing my sound.’ I’ll get a call from somebody different every other day. I just got a call from Skrillex, and that was crazy to me. He called me to tell me that he likes my music. So, that tells me something.”

What’s your most slept-on song, and why?: “‘Messages,’ that song is way too hard. Every time that song comes on it never gets old to me and my fans be saying the same thing. I love making music, for real.”

My standout records to date have been: “My biggest song is definitely ‘Mistakes’ is one of them. That was the first one that gave me a different audience, to even to this day, I see messages every day. Like people telling me they just ran into ‘Mistakes.’ It still
gains fans. That’s one that sticks out a lot. That’s Cole [Bennett]’s favorite song from me. So that’s why we did that one first.”

My standout moments to date have been: “Definitely between Rolling Loud and I would also say that the Forbes is also a pretty big one. It was a [Rolling Loud] livestream. I was on the first one that they did.”

Most people don’t know: “I love horror movies. I’m going to have to say Texas Chainsaw Massacre. That’s it, right there.”

I’m going to be the next: “Superstar.”

See 20 Ways in Which Rappers Schooled Us About Life