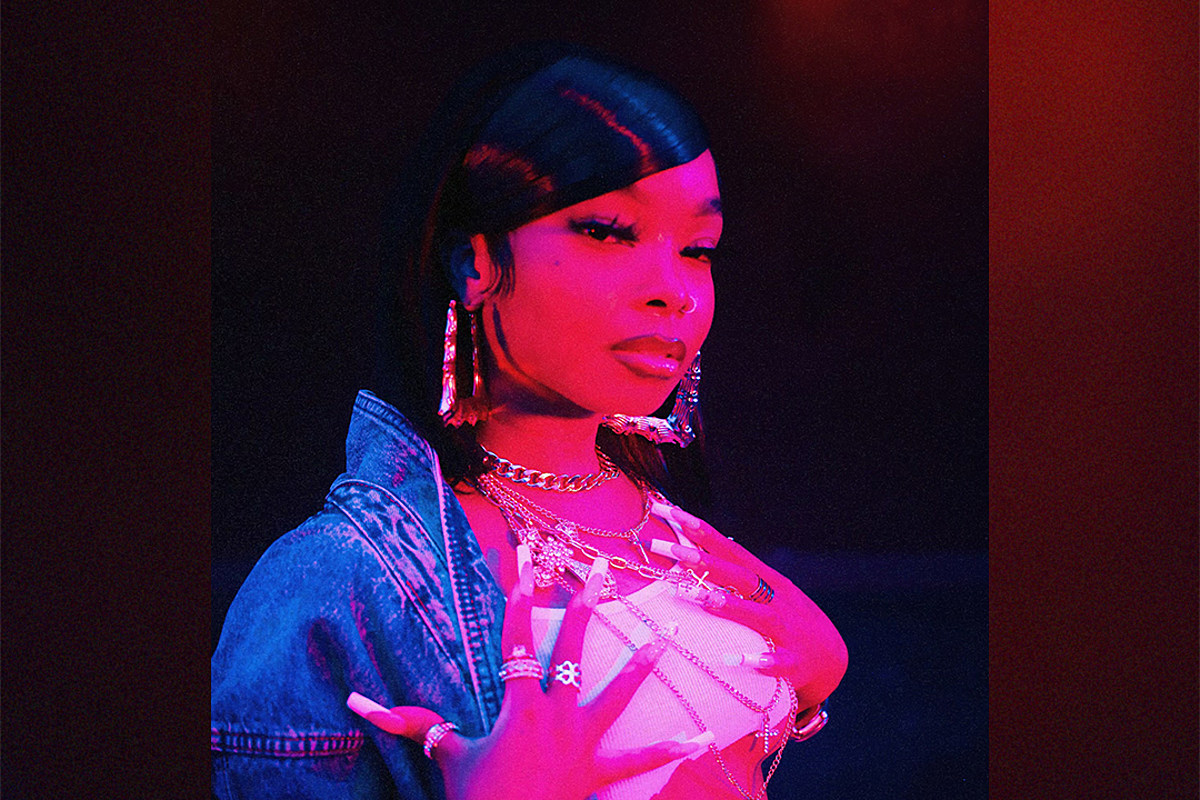 Lola Brooke stands at just 4’9” but her voice is much bigger than that. Assertive and pleasantly bassy, her sound has reached millions over the last few years, thanks to gully hits like “Don’t Play With It” that helped introduce the Brooklyn native to the masses. The track has recently soared upwards of 1 million spins on both Spotify and YouTube, respectively. And it’s landed Lola on the radar of other established acts like Cardi B, Meek Mill and Foxy Brown. As heard in her lyrics and exemplified in her motion, Lola clearly isn’t the type for games. But when it comes to rap, she’s primed to continue winning.

Lola Brooke’s position as a lyrical beacon traces back to her pen game as a poet. Back when Lola was around the age of 8, she would write compositions down in her notebook. The first track she ever recorded was a freestyle to Lil Wayne's "A Milli," though it never saw the light of day. Lola's first official song came in junior high school alongside her cousin. It was an Auto-Tune-laced track about love, likely an early iteration of what would later be "On My Mind."

As she grew older, Lola spent a lot of time in the lab, working towards a breakthrough point in her budding career as an artist. Once “Brooklyn Freestyle” was unleashed in 2016, followed by "2017 Flow" a year later, local buzz was achieved. That track landed her a deal with Team Eighty Productions, who signed Lola around that same time. Towards the latter half of the decade and right into the next, Lola dropped singles like “Shittin’ Me?,” “Options” and “Back to Business," among others, which all reflected her fiery finesse of gangsta rap. Those records also primed the late 2021 release of “Don’t Play With It” featuring Billy B, a track that has since inducted Lola into the million streams club.

Now with multiple slow-burning tracks making noise throughout the musical landscape, Lola has also been getting it cracking in the freestyle orbit, providing timeless performances on platforms like On The Radar, Fire in the Booth and From The Block, just to name a few. Proven in those instances, Lola's peerless attributes of being a venomous spitter with a sonorous tone, an enticing steelo and her signature "Uh uh uh uhhh" ad-lib have contributed to some major nods in hip-hop's current climate.

On the heels of additional tracks like last year’s “Dummy Ummy” and this year’s “Gator Season,” Lola has an energizer battery in her back right now. And letting up isn't an option. Ahead of her next single, “Here I Come,” a statement tailor-made to warn people of her arrival, Lola stopped by this week’s episode of The Break: Live to discuss new music, receiving cosigns from rap legends, the story on her rap name and much more. Check out the interview below.

"Don't Play With It" featuring Billy B