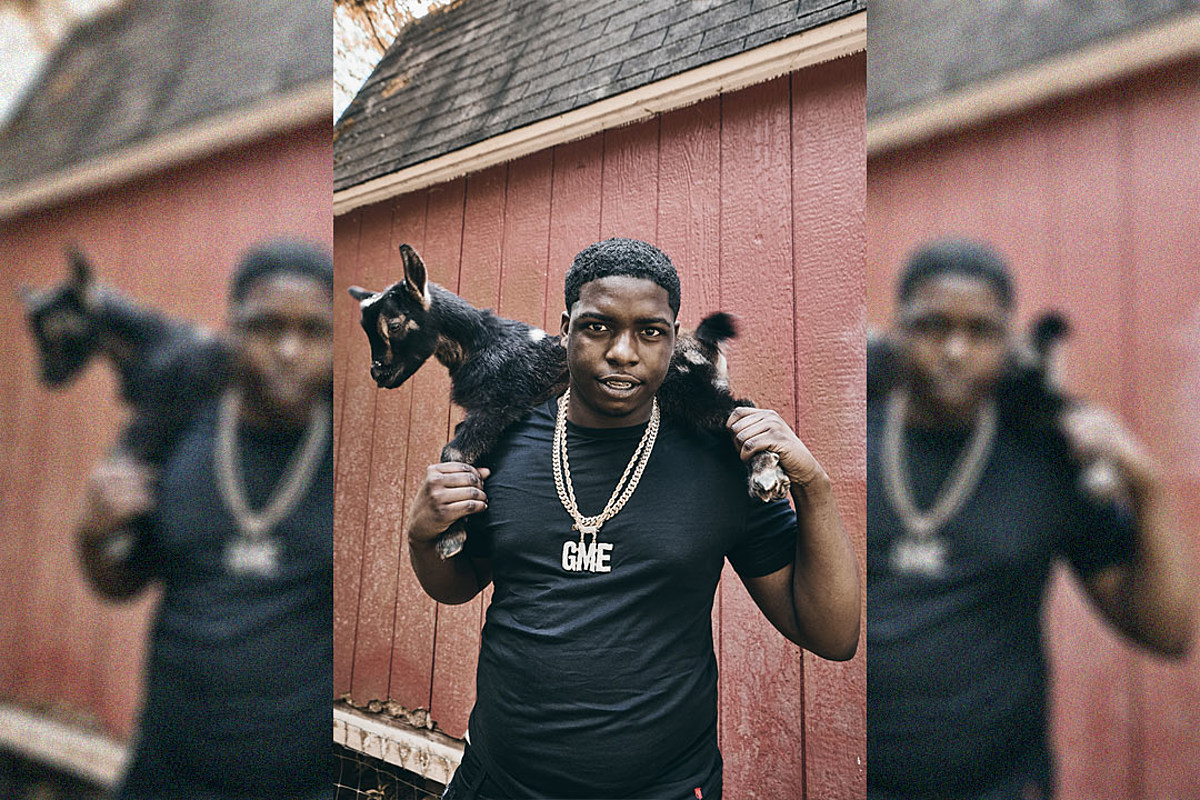 From blues to hip-hop, 20-year-old Memphis singer-rapper Kevo Muney has relied on his city’s storied roots on his come up in the game. Now known for his 2020 take-you-to-church, melodic banger “Leave Some Day,” Kevo first got his start in music as a singer at 6 years old. Growing up in a city with such a storied blues history moved a young Kevo, thanks to his mother playing the genre around him as a kid. He then began to sing at church, around his way and everywhere he went. By the time he was a seventh-grader, he began to come of age, having a crew of friends who always played rap. That’s when he transitioned to hip-hop. Even as a young teen, Kevo saw that he could play a specific role within hip-hop by blending his blues sensibilities with rap music.

Kevo Muney started making noise locally with songs like his feature on local Memphis rapper Fat Wizza’s “Deep End” in 2018, and Kevo’s own track, “Back Against The Wall,” that same year. The guitar-laden, country-tinged “Back Against The Wall” finds him lamenting about the troubles he’s facing but looking toward the positive. “Who am I to turn to, back against the wall, I can’t trust nobody/Let them niggas change you, when we got the same blood/But it’s gone be alrighty,” he belts out in a commanding singing voice. The track appears on the rhymer’s 2018 mixtape, Who Am I (Reloaded). A year later, Kevo signed to Atlantic Records, then dropped his debut tape, Baby G.O.A.T., which went viral on social media due to its outrageous cover, on which a goat, decked out in a hospital gown, is birthing a fully-grown Kevo.

Bringing melodies straight from Memphis, Kevo Muney’s powerful voice is turning ears in his direction. In February of 2020, he dropped the aforementioned “Leave Some Day,” a somber tribute to the lost loved ones in his life, a perfect fit for his reality-based rap. The song resonated, and a little over a year later, it’s been viewed 20 million times on YouTube and streamed more than 16 million times on Spotify, has a recent remix with the surging Lil Durk on it, and is now the track that’s putting Kevo on the map.

Amidst all this momentum, Kevo dropped the seven-track effort Leave Some Day (Muney Mix) in early March, which features some of the bigger songs of his career thus far. He also released a new song last week, “I’m Golden,” and is working on his forthcoming project, Lucille’s Grandson. He caught up with XXL via Zoom recently to talk about how things are going these days, and getting to this high point in his career in this week’s edition of The Break.

My style’s been compared to: “People compare me to Rod Wave, my boy Morray, that’s my boy. Derez De’Shon. That’s it. People like that.”

I’m going to blow up because: “I know because of how they treat me these days. Not that I haven’t been doing it, but it’s just now everybody’s on my trail. Everybody just wants to be around and everybody wants to know what I’m into. That’s how I know people are caring more. At first, I was just in my own world, doing my own thing, but now everybody want to know what I’m doing every day. Yeah, it’s like that.”

What’s your most slept-on song, and why?: “‘Leave Some Day.’ I think it’s supposed to be bigger than it is. I don’t think enough people have felt it yet. That’s how I feel. Apparently, they getting it because it’s doing what it’s doing, but at the same, I feel like there’s more people in the world that go through similar situation than what it is now. If 20 million people feel how I feel, I know 40 million feel it. So, what’s going on right now with the song, it’s doing good, but I want it to do better.”

My standout records to date have been: “‘Leave Some Day’ is the biggest song and putting [Lil] Durk on the remix, that was a no-brainer for me. I think it’s doing what it’s doing because it’s timeless music. I think that’s a song I could’ve put out five years ago, or I could’ve held it and put it out five years from now. What made me do this song was dealing with my grandma. My two grandmas had died around that time. I was just thinking and I just came out with it like that, just playing a song, thinking about different shit.”

My standout moments to date have been: “I had some big moments, but I ain’t have no moment that just stand out like, Damn, I can’t believe that happened, because I ain’t going to lie, believe it or not, not on no cocky shit or nothing, but I really planned my whole life. I ain’t going to lie. I don’t know if it’s going to fall through or not, I don’t know if everything that I planned going to happen or not, but I’ve planned my whole life out. So, some of the shit that has happened, I’m looking at this shit like, about time, shit. I’m 20 years old, but at the same time, I’ve been doing this shit since I was 12. So, whatever I’m doing now, I feel like I’ve been supposed to been did it.”

Most people don’t know: “I wanted to play basketball, for real. How seriously I take my music, that’s how serious I was taking basketball, but I couldn’t stay out of trouble. But that’s really what I wanted to do. Music has always been my side thing, it’s something I did on the side, on my free time. That’s something folks don’t know about me. Some folks don’t know I really can sing. I see people be seeing some of that Auto-Tune stuff, but when I’m in the studio, I use Auto-Tune just to be more versatile and just because I’m in the studio and because I know how powerful technology is and just because I know you can make yourself sound any type of way, from a computer.”

“Back Against the Wall”

See the Best Hip-Hop Albums Created by One Producer