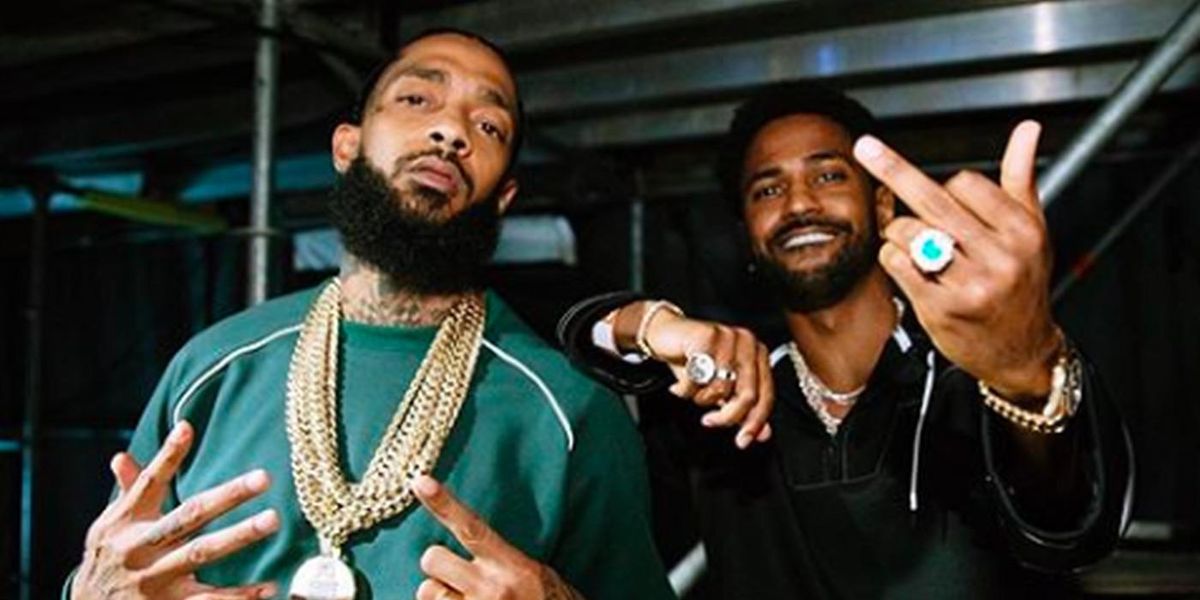 Two years ago today, we lost the incomparable Nipsey Hussle.

In addition to the obvious slew of amazing solo projects, Nip also contributed a modicum of amazing guest features throughout his career. He gave YG’s anti-Trump anthem a grounded call-to-action that caused the Secret Service to reach out and try to quell the track’s existence. He also linked up with Drake early on in the OVO crooner’s career and made a moody leaked single that somehow never found a home. For fans of Nip and his pithy lyrics, here are some of the rapper’s stand-out guest appearances.

Off of Stalley’s underappreciated debut effort Ohio, “What It Be Like,” with its fanfare and smooth percussion, fit Nipsey’s slick street poetry like a glove. Nip uses his spot to speak on his city, and how things are never what they seem. The “city of three strikes” is full of rats “in this race for a cheese slice,” all while the broke and well-intentioned of his community try to “visualize their dream life” while escaping poverty and jail.

On this powerful feature verse, which emerged after Nip’s murder, the emcee ruminates on the pressures of his lifestyle, and how being an activist and street icon was never enough to keep vultures like TMZ from spreading unflattering rumors. But Nip keeps it moving, sprinkling one more “street lesson” before proclaiming himself the don of his city and letting Big Sean take the wheel. It’s a brief feature, but regardless it was so nice to hear his voice again, if only for a moment.

A PND deep-cut that only recently found its way to streaming services via 2020’s PARTYPACK, “CANDY” found Nip in a totally different vibe than what long-time listeners were used to. Over muted R&B loopings and snappy drums, Nip trades in his self-motivational bars for romantic foreplay. “Realism got you feeling the effects more,” he raps, speaking on how his authenticity captivated his love interest. Regardless of if you believe this to be one of Nip’s best verses or not, it was fun to hear him broach a different topic than what fans were used to, and it was no doubt exciting to hear him yearn alongside PARTYNEXTDOOR.

One of Nipsey’s best guest appearances, FDT was not only an anthem prior to Donald Trump’s election, but morphed into an epic f*ck you track after his 2020 election loss. While YG spits gut-punch insults (“Don’t let Donald Trump win, that n**** cancer”), Nipsey uses his verse to discuss more systemic issues. “Reagan sold coke, Obama sold hope, Donald Trump spent his trust fund money on the vote,” he raps. With that said, Nip still has fun with it and makes sure to take a few loose jabs at the twice-impeached lunatic: “If you vote Donald Trump, you’re prolly on dope.”

The Self Made 2 standout finds Nipsey cruising in his comfort zone. Placed alongside Stalley and Rick Ross, Nipsey not only handles the track’s hook but raps a powerful verse about his unstoppable drive and devotion to his city. “Never vocalize my visions, actions was my spokespers’ / Study rich n***** moves like my homework / Sacrilegious; however, streets was my own church.”

Another gem that found Nipsey cruising comfortably, “Pleeze” united the dynamic duo of Nip and Dom Kennedy, as both emcees traverse the dangerous streets of LA, and speak on how life-threatening it can be to even walk home. Shoot-outs in the alley that kept Nipsey awake at night, hiding a shotgun behind his front door — all of it is vividly recalled in Nipsey’s mesmerizing verse.

Of course “Killer” has to be included on this list. Even though it started off as an intentional leak, the Nip and Drizzy collab has since taken on a life of its own and has been forever memorialized as the one time two legends crafted something excellent together. The result was a track that has stood the test of time, and still slaps.