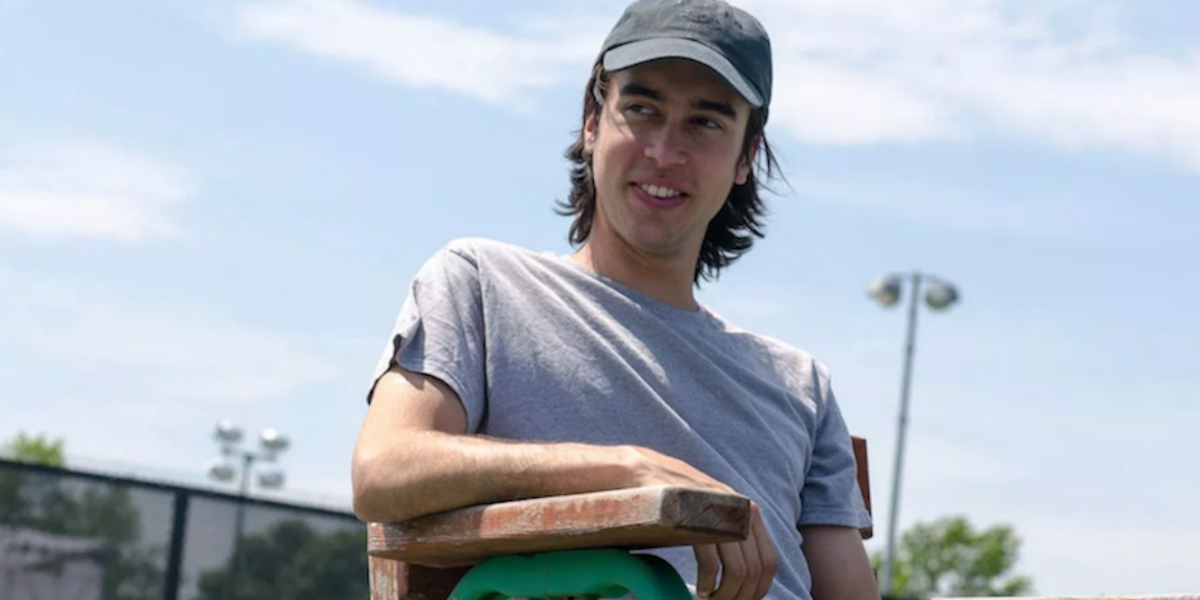 This week, Alex Giannascoli — the beloved singer-songwriter known to most as Alex G — did the unthinkable.

With an expansive back catalog of recordings on his Bandcamp page, Alex G has developed a fervent fanbase. It makes sense, then, that when Alex announced he was finally pressing his often overlooked 2010 album, Race, on vinyl, the copies were swept up seemingly in an instant. (Of course, you can still buy digital copies to support Alex and his band until touring is safely back on).

It wasn’t until Alex signed with the record label Domino in 2015 that some of his past Bandcamp releases were, at long last, available on Spotify. Now, Race has joined the mix, meaning now is as good a time as any to acquaint yourself with Alex’s music — especially if your only foray into his music is his unreleased track, “Treehouse,” that’s blowing up on TikTok.

Below, we’ve rounded up 15 of Alex’s best songs throughout his career, from unreleased one-offs to his better-known singles. This list isn’t at all comprehensive, but it’s a good starting point.

“Change,” a standout from Alex’s 2012 album, Trick, perfectly encapsulates the grief of inevitably growing apart. Over some particularly Elliott Smith-indebted guitar strums, Alex reflects on a relationship — either romantic or platonic — that’s since fizzled out, speaking as though he’s awkwardly catching up with a long-lost companion.

“I saw your friend’s band play a little show last night / It’s not my thing, they were alright,” he sings, before the song’s crux: “I don’t like how things change.”

One of many gems that can be found by digging through Alex’s Bandcamp page, “Blew” is an especially heartbreaking song about a couple whose relationship is jeopardized by, presumably, drugs. “When he gets her alone / He’ll make her bed a gravestone / And he’ll dig til he can’t think another awful thing,” Alex sings in a sauntering, swinging melody. Whether the song is autobiographical or not is left for listeners to decide.

Rocket, Alex’s acclaimed 2017 record, saw the formerly lo-fi musician embrace a deeper sound with elements of Americana. This is most prevalent on “Powerful Man,” where Alex’s go-to violinist, Molly Germer, steals the show with her fiddle. The track sees him weigh the typical attributes of masculinity, in a futile attempt to conceptualize what exactly being a “powerful man” means to him.

While the subject of adolescent malaise can easily feel trite, “Nintendo 64” offers a sharply gut-wrenching take on the topic: “My brother told me he’s gonna kill himself tonight / With a whole bottle of Prozac or a shiny kitchen knife / He said that when he’s dead, I’ll have his Nintendo 64 / And I can play it all night long sitting on the basement floor.”

These mentions of mental health crises and video games in the same breath somehow make the former even more distressing: Tragedy, Alex seems to say, is always lurking.

“Harvey” isn’t a love song in the traditional sense, but fans have often interpreted it as an ode to some of the most unconditional love that exists: that between a man and his dog. Alex, however, has clarified that the titular Harvey is “just a character,” creating endless possibilities for meaning. Is Harvey a separate person entirely, or an embodiment of a past self?

While Alex is most often heralded as a guitar whiz, his songs on a piano are just as worthy of attention. “Adam” is one of Alex’s most stunning songs on piano, with chords that plod like a funeral march. The song’s narrator is a bully, who picks on Adam in a twisted attempt to express an attraction towards him.

The music of Alex G has been compared to endless indie rock acts from the ’90s left and right: Pavement, Grandaddy, Sparklehorse, and Elliott Smith’s band Heatmiser are all apt comparisons. It’s easy to hear the slacker groove in “Kicker” — it even boasts a similarly odd time signature like Pavement’s classic “Gold Soundz.”

Alex isn’t an imitator, though. While the jilted groove of “Kicker” feels like it could’ve been released decades ago, the double-tracked vocals and eerie chord progression are quintessentially Alex.

“Mis,” another piano-driven highlight in Alex’s catalog, encapsulates the desperation of a breakup when you finally realize you can’t do anything to fix the situation. The song finds its power in what isn’t said, as Alex croons in the final line: “I said ‘I miss you so bad’ / She says…” Did she say nothing at all, or was what she said too heartbreaking to even repeat?

Alex is a master of gorgeous chord progressions that are notoriously difficult to replicate. That skill is perhaps best exemplified by “Gnaw,” a track from Race, Alex’s 2010 record that just landed on Spotify. As Alex’s muted vocals recall witnessing horrific tragedy, the layered guitars create a frenzied sense of urgency.

While its cheery banjo melodies give “Forever” a sunnier exterior, the Trick cut is a small study in Alex’s subtle melancholy. “Pull it together / We could love you forever and ever,” he urges to the song’s strung-out subject. But then, in a classic Giannascolian move, he flips the notion towards himself: “I will pull it together / You can love me forever and ever.”

After nearly a decade of his trademark lo-fi recordings, Alex leveled up with House of Sugar, his sprawling 2019 album. Its lead single, “Gretel,” is a twist on the classic Brothers Grimm fairytale in which Hansel and Gretel conquer an evil witch together; in Alex’s version, Gretel escapes as she lets the villain eat her brother. Rather than mourn Hansel’s death, Gretel’s biggest grief is wanting to return to the lair to eat more candy. “Gretel” is a dark meditation on greed and overindulgence and how these sins are innate to humankind.

Another example of Alex at his most twangy, “Bobby” is a solemn bluegrassy number in which the narrator personifies the attributes they’re most ashamed of. But he’s willing to change: “I’d leave him for you / If you want me to,” Alex sings in a harmonized duet with his frequent collaborator, Emily Yacina. “Him,” in this case, is “Bobby” — a character created in order to detach from one’s own shortcomings.

“After Ur Gone” is rather self-explanatory, but it’s another example of how Alex’s simplicity goes far. Simply put, the opening track to Alex’s label debut, DSU, contemplates death and grief. The song’s only lyrics ask two hefty questions: “After you’re gone, how can we tell them you’re gone? How can we show them you’re gone?” Straightforward and uncomplicated, it summarizes the overwhelming feelings of hopelessness when someone dear is lost.

“Sarah” is an Alex G hit if there ever was one. Embellished with a chipper, flute-like riff throughout, the Trick bonus track is a reflection on Alex’s past poor treatment of an ex, culminating in one final realization: “Did I make a mistake?” The stellar melodies of “Sarah” make it Alex’s most popular song available to stream, as well as one of his all-time best.

The YouTube comment section of the official music video for “Brite Boy” acts almost like a virtual group therapy session. There, fans have scribed countless digital tributes to their late friends and reflections on their own mental health strife. “Brite Boy” is a healer, invoking the pain of watching someone you love suffer and being unable to rescue them: “Bright boy, please return to me,” Alex sings in the song’s final lines, insinuating the worst possible fate.