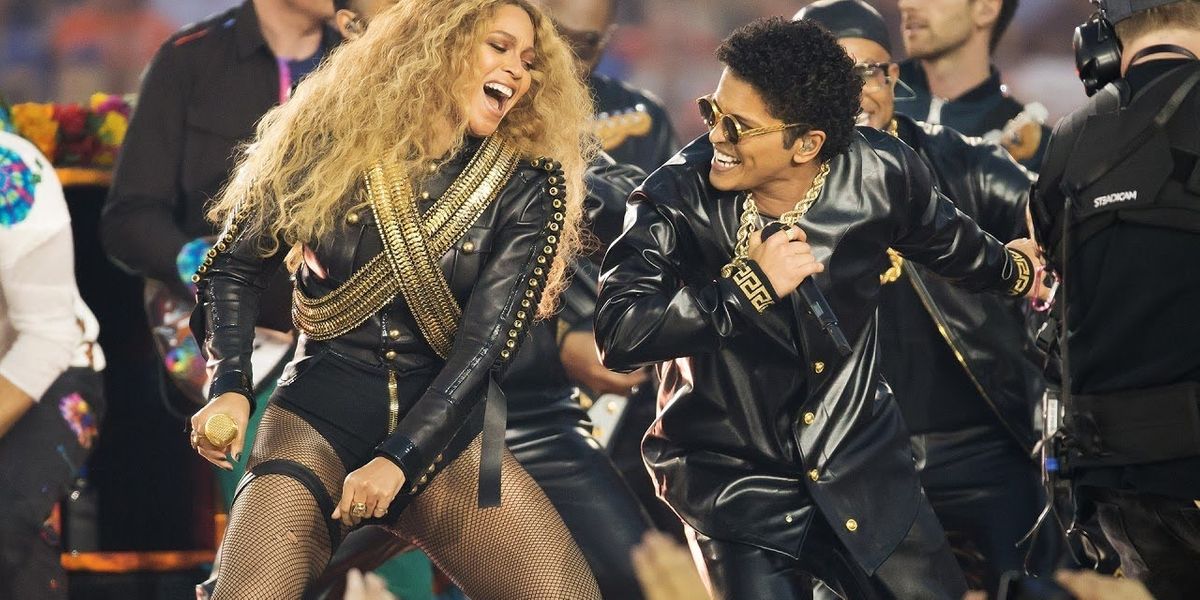 If you watch the Super Bowl for the football, then we don’t have much to talk about.

Only the best of the best musical artists are invited to take the stage on football’s big day, but not all of them nail it. Here are the 10 best Super Bowl halftime shows in history.

Nobody can get a crowd going like Mick Jagger. The notorious showman was aided by a stage shaped like the band’s iconic symbol and, of course, the blood pumping power of songs like “Start Me Up” and “Satisfaction.” We could have done without the addition of the mediocre “Rough Justice,” and it would have been nice if the band had performed a few more songs. Still, this performance makes our list because of the simple power of good rock n’ roll.

Arguably, the era of half time shows featuring elaborate sets, costume changes, and general over-the-top fanfare began with this iconic performance. Diana Ross appeared in a new costume for every single song, entered the arena via glittering platform, and was backed by a swarm of perfectly in-sync backup dancers.

The only thing more American than football is Bruce Springsteen. He played an absolutely indomitable set during his halftime performance in 2009 that included “10th Avenue Freeze Out,” “Born to Run,” “Working on a Dream,” and “Glory Days.” While the performance was simple, Springsteen’s enthusiasm was infectious and his stage presence magnetic.

With an over the top set and surprise guests Lenny Kravitz and Missy Elliott, this was truly an iconic performance. But most importantly, we got the cultural touchstone of “left shark,” the shark costume-clad back up dancer who simply, blessedly, didn’t know the choreography.

Madonna has never been known for her subtlety, and this performance was certainly not a rebranding. She entered the arena on a massive gold throne surrounded by scantily clad back up dancers and proceeded to put on a show that was as ambitious as it was chaotic. The bizarre array of guest performers added additional delightful dissonance that assured this performance was, at the very least, a spectacle worth remembering.

The sheer amount of star power on the stage for this performance easily earns the 2001 halftime show a place on our list. It was a stroke of genius to open with “Bye Bye Bye” from NSYNC and transition directly into Steven Tyler singing “I Don’t Want to Miss a Thing,” and then to jump straight back into “It’s Gonna Be Me.” Teenagers and their dads alike were screaming with excitement during this high energy performance. And then, as if it could get any better, surprise guests Nelly, Mary J. Blige, and Britney Spears appear during “Walk This Way,” cementing this performance as one of the best in history.

The song “Uptown Funk” is a national treasure, and if you disagree you’re wrong. And for “Uptown Funk” to go straight into a politically charged performance of “Formation”??? We didn’t deserve it. Then, Beyonce and Bruno do a call and response on stage with their respective posses, raising the energy in the stadium to a boiling point.

After much anticipation for this particular halftime show, Lady Gaga kept it surprisingly simple (at least, by Lady Gaga standards). She began by leaping off the top of the arena and lowering herself onto the stage like a spider. From there, fireworks and costume changes abounded. While the performance wasn’t overtly political, her rendition of “Born This Way” was a powerful moment of LGBTQ+ issues being brought into mainstream conversation. Perhaps the highlight of the show was when Gaga took to the piano and—surrounded by lanterns—sang a heartfelt rendition of “Million Reasons.”

If Prince is in any running, it’s a good chance he’s gonna land somewhere near the top. He had four electric guitars on a stage that was shaped like his infamous symbol, and he proceeded to rock like no one else can rock. He played his own songs, but he also covered other people’s, putting on a magnetic performance that was all about the power of music. The pouring rain, which panicked the halftime show producers, only added to the drama of Prince’s closing rendition of “Purple Rain.” It was so powerful that the second half of the football game came off as an after thought.

Even if this performance was just 13 minutes of Beyoncé strutting across the stage in a straight line, it would probably still top this list. But as one Youtube commenter said, “Beyonce dances like the universe owes her for her existence.” Between the video effects, the choreography, the vocals, and the literal fire on stage, fans were practically beside themselves. And then Destiny’s Child made a surprise reunion, and America collectively shrieked with joy. We were all left saying, “Really weird how there’s a football game going on at this Beyoncé concert.”