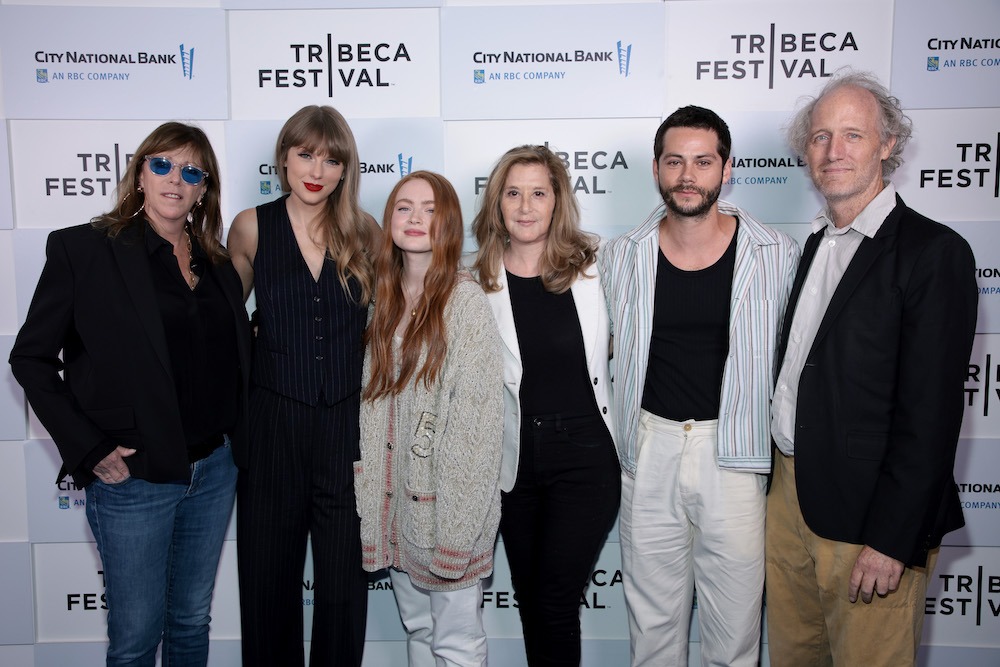 Taylor Swift stopped by the Beacon Theatre in New York today to screen her All Too Well short film. In addition to attending the screening (part of Tribeca Film Festival), Swift gave a surprise acoustic performance of “All Too Well” (the 10-minute version) and sat down for a half-hour chat about filmmaking with writer-director Mike Mills. Swift also dropped a full 11-minute-and-26-second version of “All Too Well” (originally released in 2012 on Red but has since been re-recorded) on streaming services with updated instrumentals and a new outro.

During Swift’s chat with Mills, she brought out Sadie Sink and Dylan O’Brian (who play the main couple in Swift’s short film) as surprise guests. The singer also credited Mills’ direction for the National’s 2019 short film I Am Easy to Find, saying, “It really inspired me in ways that I can’t possibly overstate.” She also name-dropped the National’s Aaron Dessner, who has collaborated with her on Folklore and Evermore. “We are both members of the Aaron Dessner cinematic universe,” she joked. Swift also said it “would be so fantastic to write a feature” when asked if she would ever consider making a feature film.

Earlier in the week, Robert De Niro (who founded Tribeca with Jane Rosenthal in 2002) talked about being a fan of Swift’s music, telling Variety: “I have all of her albums. I’m not not a fan. I probably hear her music and like it on the radio. My young daughter puts a station on, and it drives me crazy when they chat. When they have music, it’s OK.”

Watch clips from Swift’s acoustic performance below, and then listen to the 11-minute “All Too Well” while you’re at it.

🎶| @TaylorSwift13 singing "All Too Well (10 Min Version)" at the Tribeca Festival pic.twitter.com/llTrAZMkTr

will never get over getting to scream all too well 10 min version with @taylorswift13 @taylornation13 😭😭 #Tribeca2022 #TaylorAtTribeca pic.twitter.com/TL9IV1eGGv