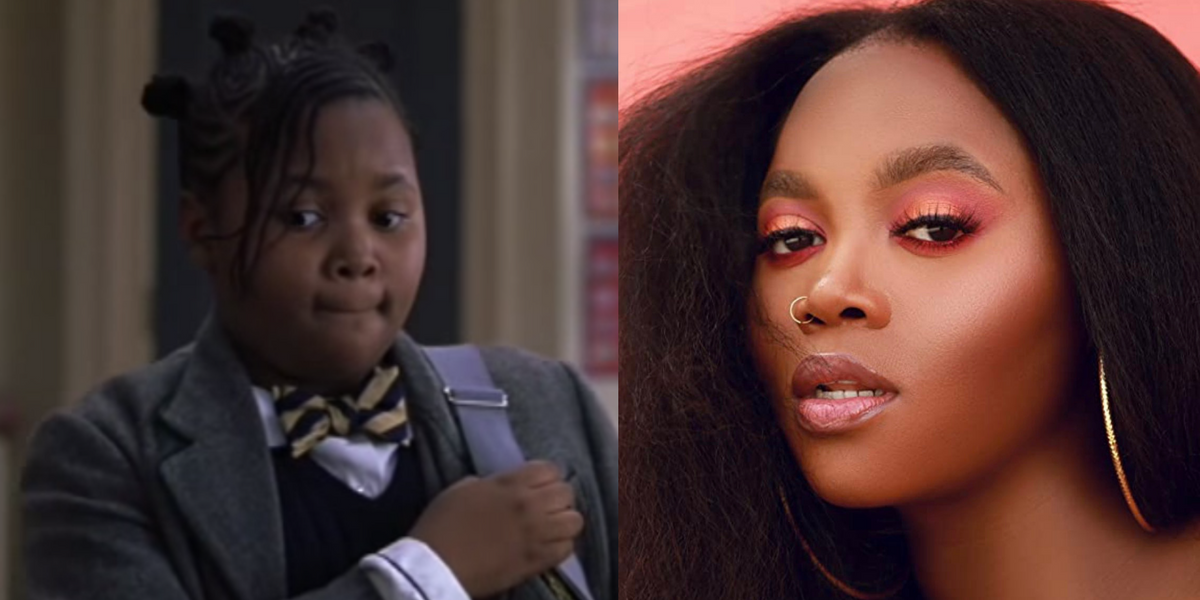 Whether you consider yourself hardcore or not, it’s an indisputable fact that School of Rock holds up.

Richard Linklater’s 2003 musicomedy, starring Jack Black as the lovable, yet irresponsible Dewey Finn, is still just as hilarious and heartwarming as it was nearly two decades ago. To this day, Twitter will every once in a while go down a rabbit hole of School of Rock nostalgia, cementing our undying love for the film — an occasionally making us wonder what its child actors are up to now.

One of the most poignant scenes in School of Rock is when Dewey and his star vocalist student, Tamika, are talking backstage before the Battle of the Bands competition, when Tamika has suddenly decided she doesn’t want to go on stage because of her weight.

“Tamika, you’ve got something everybody wants,” Dewey tells her. “You’ve got talent, girl. You have an incredible singing voice and I’m not just saying that. You’ve heard of Aretha Franklin, right? OK, she’s a big lady. But when she starts singing, she starts blowing people’s minds. Everybody wants to party with Aretha!”

After mentioning his own “weight issue,” Tamika asks Dewey why he doesn’t go on a diet. He responds: “I like to eat. Is that such a crime?

Twitter user @hamishsteele shared the scene on Twitter, writing in the caption: “This scene is more revolutionary than I think they even knew and it really stuck with me as a child. Especially the last line.”

The clip was quote-tweeted by Maryam Hassan, the actress who played Tamika. “As a child I didn’t realize the fullll impact of the scene but it definitely hits different today,” she wrote. “Glad to have played a part in such an important moment/scene.”

As a child I didn’t realize the fullll impact of the scene but it definitely hits different today. Glad to have pla… https://t.co/6AAIxoEn30

Turns out, Dewey — AKA “Mr. S.” — was right about Tamika’s voice all along. Hassan (who, just as a bonus, is extremely hot now) is now 28 with a real-deal music career, performing glimmering alt-R&B under her stage name, Mayhrenate. It checks out, considering Hassan never intended to go into acting; School of Rock was actively recruiting tweens with a musical background when she auditioned.

Hassan dropped her brand-new EP called Plush in January alongside Grammy-nominated producer Gourty Maxx. It reminds me of SZA at some points, which is always welcome in my book. Listen to the project below, and stream School of Rock for a good pick-me-up.