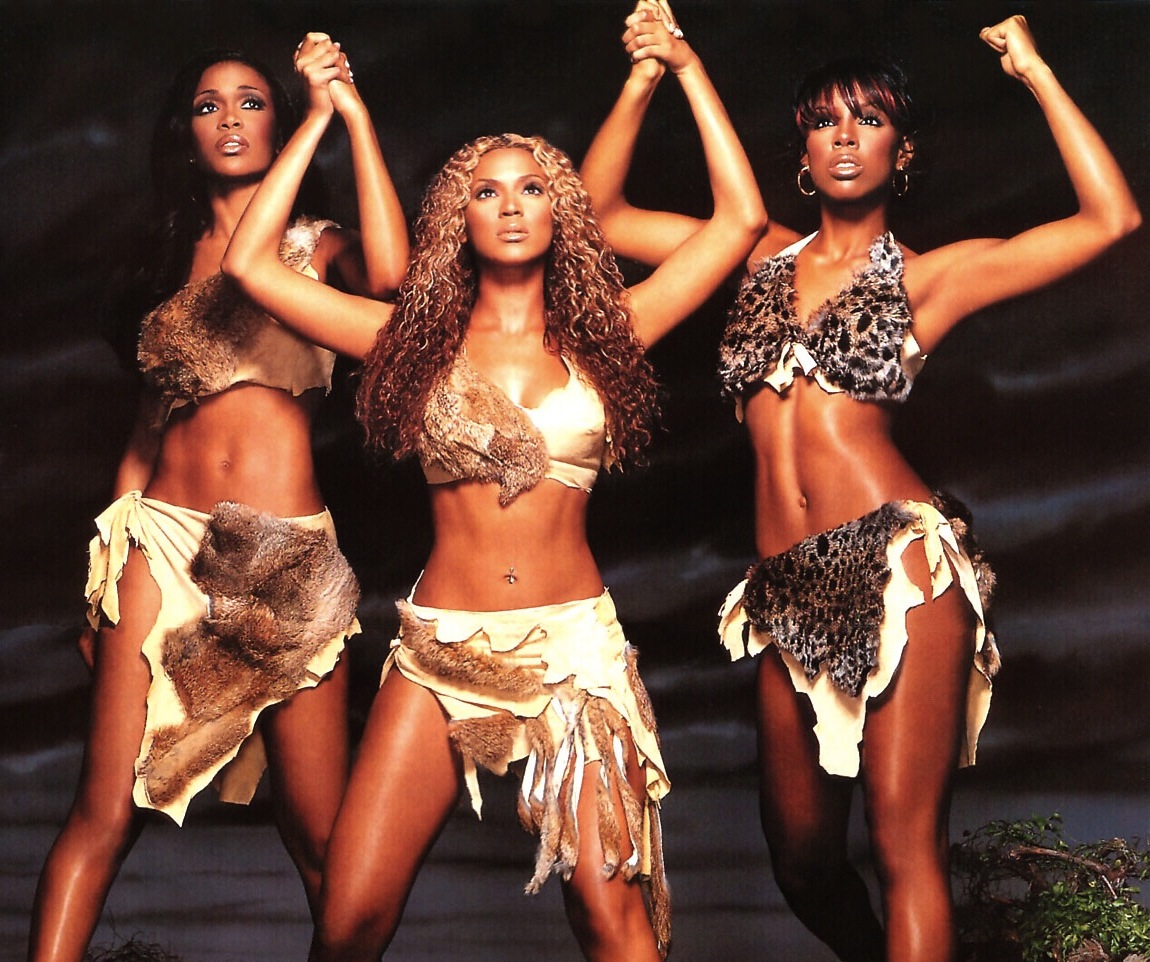 Written by Queen Bey before she was crowned, ‘Survivor’ was the smash hit single that fully crystallised Destiny’s Child’s place in R&B history. Beyonce, ever ahead of the curve, spoke her destiny into existence long before influencers were preaching the use of willpower to envision and manifest the futures they wanted. ‘Survivor’ was Beyonce’s prophecy for her career; the iconic animal skins and camouflage outfits in the music video, the preceding and ensuing lawsuits surrounding the song’s release, and each group member’s meteoric successes after their split mark ‘Survivor’ as the climax of a trajectory that would become the trampoline for pop culture of today.

The split of Destiny’s Child’s original lineup was as public as it was ugly—with former members LaTavia Roberson and LeToya Luckett suing the group and their manager, Beyonce’s father Mathew Knowles, for financial mismanagement and favouritism, particularly towards his daughter and Kelly Rowland, who had lived with the Knowles family from childhood. The legal terms of the breakup included a stipulation that forbade publicly disparaging remarks from either party about the other—not that it would prevent years of memed-to-oblivion shade that would eventually become part of the mythology surrounding ‘Survivor.’

Following Roberson and Luckett’s departure, two new members were added, the effortlessly elegant Michelle Williams and glamourously petite Farrah Franklin. Franklin, however, was kicked out of the group in a matter of months; news sources cited that she had missed several engagements due to exhaustion, and her swift exit prompted a radio DJ to remark that membership in Destiny’s Child seemed to be its own season of Survivor. Beyonce, already exercising her budding powers of turning lemons into lemonade, took the comment as inspiration instead of criticism, and wrote the single shortly after. ‘Survivor’ peaked at no. 2 on the charts, second only to Janet Jackson’s ‘All for You.’

The success of the single was marred by yet another lawsuit by Roberson and Luckett, who took issue with some of the song’s lyrics that seemed to be aimed at them. Looking at the lyrics, it’s easy to see what may have given them that impression: “You thought I’d be broke without you but I’m richer…You thought I wouldn’t sell without you/sold 9 million…You thought that I would fail without you but I’m on top/thought it would be over by now but it won’t stop,” Beyonce sings in the verses. “I’m not gonna blast you on the radio (I’m better than that)…I’m not gon hate on you in the magazines (I’m better than that)…You know I’m not gon diss you on the internet cause my mama taught me better than that,” Rowland echoes in the bridge. Knowles publicly denied that the lyrics were about the former members, citing being turned down by labels in the past, but the group eventually settled out of court, and the gleeful tabloid hype of watching Black women fight each other galvanised sales of the album of the same name months later.

Destiny’s Child went on hiatus the year after the release of ‘Survivor,’ allowing each member time to build the solo careers that would eventually follow their brief reunion in 2004 for a final album and a tour in 2005. ‘Survivor’ would prove Beyonce’s prophecy for her solo career—2006 saw her release ‘Check On It’ and the karaoke staple ‘Irreplaceable,’ which seemed, back then, to be the heights of her fame. In 2021, that imagined ceiling is laughable. Rowland and Williams have had great successes in the music and entertainment industry, but Knowles has unequivocally dominated it ever since. Beyonce’s prophecy in ‘Survivor’ set the tone for the building of a sometimes controversial empire that now includes her own music streaming service, global tours and sales that conitnue to break records, and genre-defying visual albums that have influenced pop culture in ways that will only continue to make themselves known. She remains one of the few individuals photographed by Vogue to be given full creative control over her spread. “You thought that I would self-destruct but I’m still here/Even in my years to come I’m still gon be here,” she prophesied in 2001, and two decades later, her vision of her future holds true.