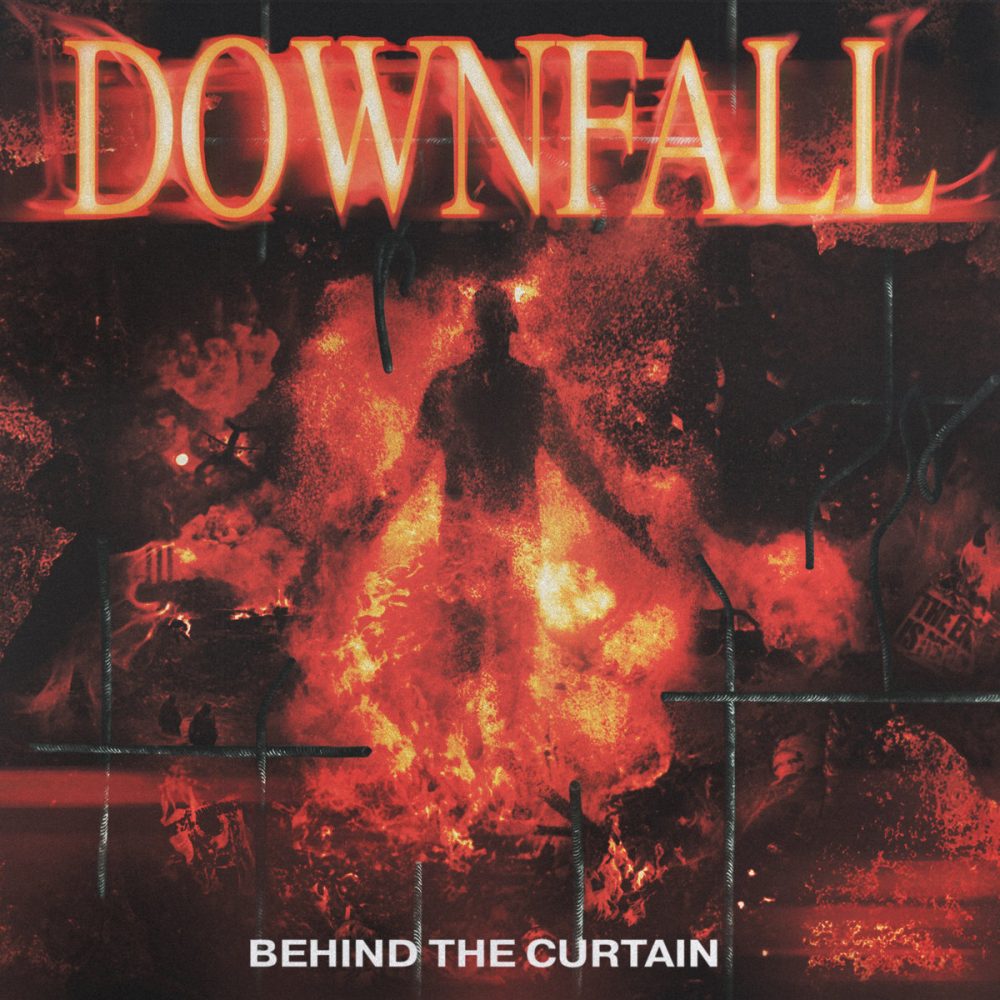 I’ve seen the Richmond hardcore band Downfall play a medium-sized club and a small living room, and I feel comfortable saying that they crush in pretty much every situation. Downfall’s whole style is choppy, heavy down-the-middle hardcore. They aren’t trying to put any new kind of spin on the ball; they’re just trying to throw it as hard as they can. A band like that is best experienced live, where they can cause total pandemonium, but Downfall are also good enough to capture some of that ferocity on record. Today, you get to hear it for yourself.

Downfall released a demo in 2017 and an EP in 2019, and now they’ve finally gotten around to releasing an LP. The band’s full-length debut Behind The Curtain will not waste your time; it clocks in at a brisk and efficient 17 minutes. But that’s enough time to really get lost in these big, physical riffs. Downfall recorded the album with Bob Quirk, who’s also produced recent records from Enforced and Destruct, and every breakdown lands hard. We’ve already posted the early single “Primitive Reality,” and now you can hear the whole thing below.

Behind The Curtain is out now on DAZE/Triple B Records.