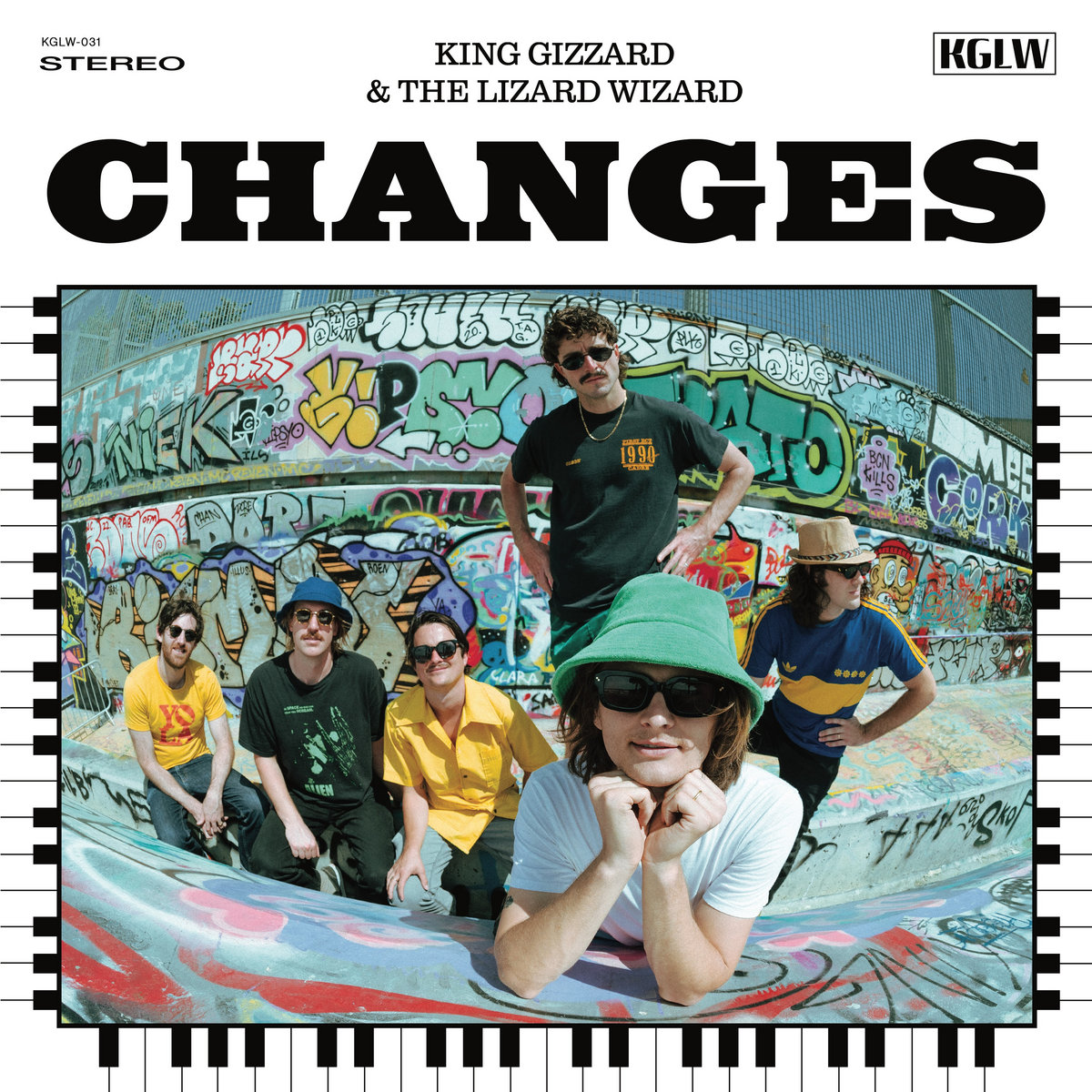 King Gizzard & The Lizard Wizard have been enjoying a prolific October even by their own robust standards, and we at Stereogum have been celebrating right along with them via a cover story, a guide to the band’s best songs, and signed vinyl giveaway.

The Melbourne band, one of the most formidable live acts in the world, also somehow finds time to release more albums than almost anyone, with an admirable degree of quality control. This month they’ve already released two albums, the Can-inspired cut-and-paste exercise Ice, Death, Planets, Lungs, Mushrooms And Lava (for which they jammed their way into songs in the studio and edited them together afterwards) and the motorik rave-up Laminated Denim (comprising two 15-minute songs, each one written at 120 bpm to mimic the pulse of a ticking clock). Today they’re back with the last album of this October outpouring.

King Gizzard started working on Changes way back in 2017. Originally it was supposed to be the fifth and final album they released that year, a single album-length song toggling between two keys that, per bandleader Stu Mackenzie, really shouldn’t work together. But Mackenzie ultimately decided Changes needed more work, so they let it marinate and evolve indefinitely. Over the course of half a decade, the band kept returning to “Change,” the album’s central song, applying their increasingly seasoned musicianship to the project. Eventually several other songs sprouted from “Change,” incorporating bits and pieces of the original composition. Finally, five years later, it’s ready for release.

When I spoke with Mackenzie’s bandmates Ambrose Kenny-Smith and Lucas Harwood for my King Gizzard feature, they said they tend to think of Changes as a “magnum opus.” Below, hear for yourself whether it lives up to such a lofty description.

We wanted to see how far we could take a single idea; a chord+key change from D major to F# major. What would it sound like if we oscillated between those two keys? Turns out, it sounded pretty good so we took the idea pretty far; we made a whole record pic.twitter.com/4ovaZGzYTM

Changes is out now on KGLW.