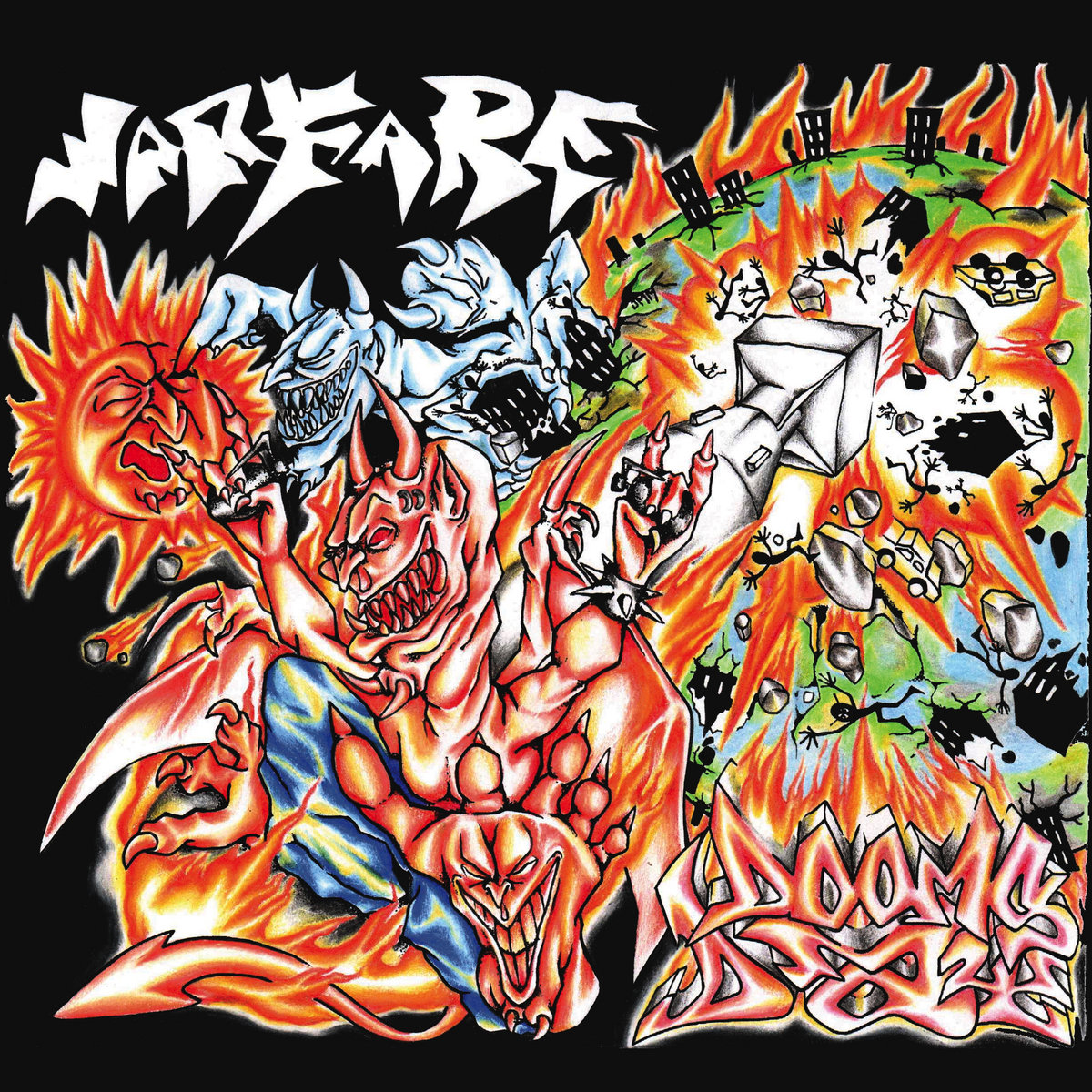 Sam Yarmuth, founder of the great hardcore label Triple B Records, is also the frontman of Warfare, a fast-and-mean hardcore band whose members are all monsters. Justice Tripp, young-legend frontman of Trapped Under Ice and Angel Du$t, plays guitar in Warfare, and the band’s ranks also include current and former members of Fury, Trash Talk, Hoax, Ammunation, and Kommand. These guys do not fuck around.

Warfare released their debut album Declaration in 2018, and they followed it last year with a split EP with likeminded Massachusetts wreckers Restraining Order. Today, Warfare have come out with their second full-length — though “full-length” is a relative term, since its 10 songs blast by in 17 minutes.

Warfare’s new album Doomsday is a gloriously aggressive sprint full of riffs and snarls that work on some animal part of your brain that just wants to kick holes in walls. The album features appearances from God’s Hate leader Brody King and Power Trip member Chris Ulsh, and we’ve already posted the tracks “Doomsday,” “Drop Squad,” and “Legends Never Die.” The full LP is well worth your 17 minutes, and you can hear it below.

Doomsday is out now on Triple B Records.