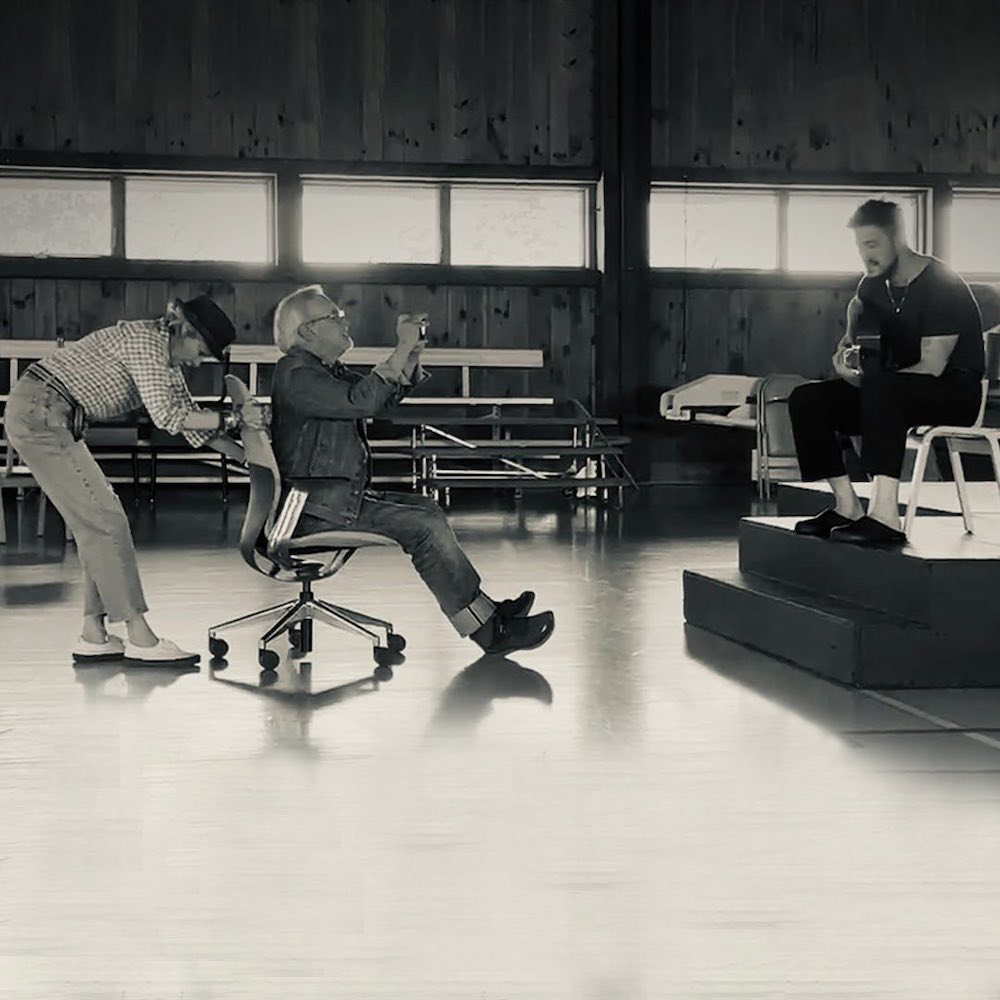 Last week, Marcus Mumford released his debut solo single, “Cannibal.” When it came out, it was accompanied by a one-take music video shot in a high school gymnasium, but it wasn’t until this morning that Mumford revealed that the video was directed by none other than Steven Spielberg. It is the first music video that Spielberg has ever done in his long career, and he did so on a cellphone while being dragged around on a desk chair-turned-dolly by his wife Kate Capshaw.

“On Sunday 3rd July in a high school gym in New York, Steven Spielberg directed his first music video, in one shot, on his phone. Kate Capshaw was the almighty dolly grip,” Mumford wrote in an Instagram caption. “I’ve been overwhelmed by the support of the people around me to bring this music to you, and I cannot hope to express all of my gratitude. When people get it, it blows my mind. Kate and Steven just got it, and I cannot thank them enough. Thank you Kate. Thank you Kristie. Thank you Steven.”

Also credited on the video is Mumford’s wife Carey Mulligan, who served as the “costumer and sound.”

In our comments section for the original video, esteemed commenter Raptor Jesus criticized the fact that the acoustic song’s explosion into sound was not accompanied by a similar cut to a full band on stage. “Somebody slap the video director for me please,” he wrote. Somebody slap Spielberg quick!