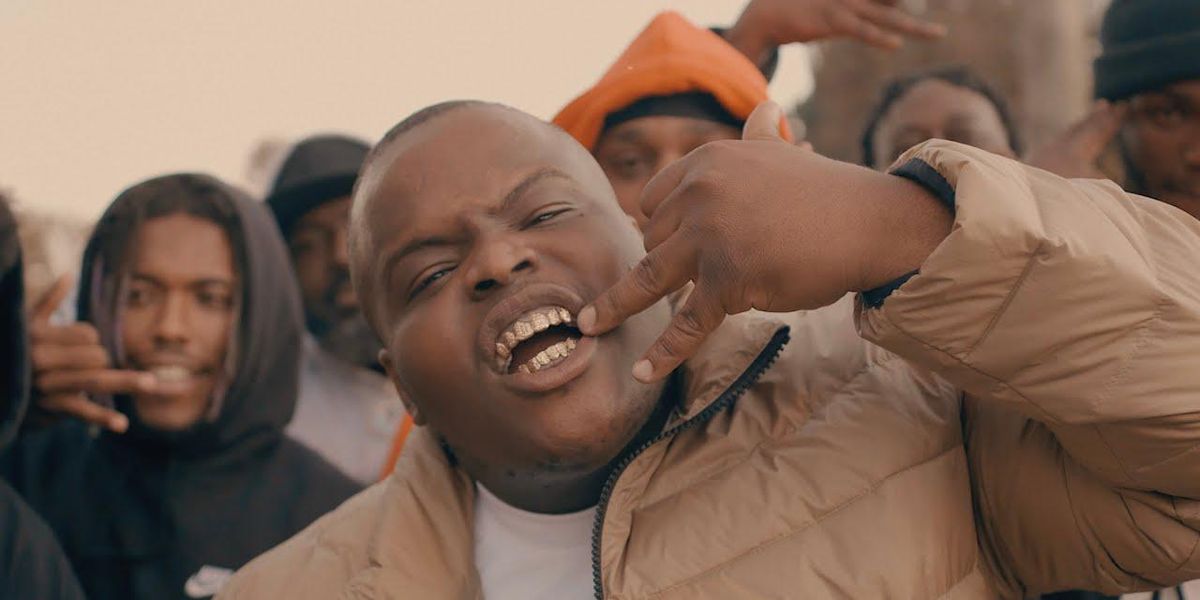 Billie Eilish also released the first single off her newly announced sophomore album Happier Than Ever, and Baby Keem, Burna Boy, and 21 Savage all dropped off brand new tracks this week. Not to mention Flying Lotus released his soundtrack to Netflix’s new anime series Yasuke. Needless to say, there’s a lot of music out today. But for those who wish to wander the path less traveled and explore the underground, here are the best new rap releases you might have missed this week.

As rap music expands and continues to interlope melodies in exciting new ways, Morray seems to be the perfect figure to meet this moment. With a honeyed voice and knack for authentic storytelling, the North Carolina crooner has received co-signs from Juicy J and J. Cole among others, and after his song “Quicksand” exploded online, the bellowing emcee signed a lucrative deal to Interscope Records.

On Street Sermons, Morray uses his multifaceted voice to swoon over his old hood, and speak on both his spiritual and street learnings as well as his inner journey to peace. “How can time heal all if you ain’t put no work towards it?” he asks on “Mistakes.” It’s a debut project that is surprisingly moving and sincere, and it will be exciting to see where Morray takes his teachings from here.

“Atlantas Most Wanted” by OLA RUNT

Lurking and whispering in the darkness, Atlanta’s OLA RUNT, with his nasally voice and loose-lipped flow, sounds constantly paranoid. Over a collection of hushed and disoriented trap beats, OLA’s mutterings on Atlanta’s Most Wanted are sinister and dark. He takes the listener through sinister actions past and presents that both shaped him and still haunt him at every turn. “I seen my father shoot a gun, and I wanna learn,” he warbles on “Zion and Zay”. “I seen the sign a thousand times.” OLA RUNT is haunted and cold, and he wants you to explore the darkness with him.

Armed with a lucid flow and impenetrable braggadocio, SSG Splurg’s guttural voice and syrupy flow have given him a substantial amount of buzz in the last year. He’s been grinding his whole life, cranking out his brand of unique bass-driven trap music since at least 2018, but his latest effort Goop Daniel is his toughest so far. The emcee dives into his darkest tendencies, crafting street tales full of violence, meaningless sex, and excessive spending.

“This Thing of Ours” by The Alchemist

After a year unlike any other, the legendary producer Alchemist quietly followed up Armand Hammer’s Haramtoday with yet another new 2021 collaborative tape. With a sprinkle of features from Pink Siifu, Earl Sweatshirt, Boldy James, Maxo, Sideshow, and Navy Blue, the brief EP finds Al completely in his comfort zone. Full of lush jazzy samplings and plenty of chill vibes, This Thing of Ours is relaxed and meditative.

Chicago emcee Lil Eazzyy is tired of being slept on. Last year’s Underrated premiered the rapper as a versatile artist who can snap on a track with his biting flow, but also dabble in melody. His latest tape Rookie of the Year continues to drive this point home: that he is the best rapper out right now.

The tape features songs that carry a soulful melody and songs like “Trials” that are just straightforward lyrical storytelling. Eazzyy even dabbles in Brooklyn Drill on “Hunnid or Better,” and then hits an off-the-dome freestyle. Lil Eazzyy wants his haters to know the whole while he doesn’t plan to share any of his spoils. “Y’all weren’t with me from the jump, y’all said my music wasn’t clear,” he freestyles at his critics.