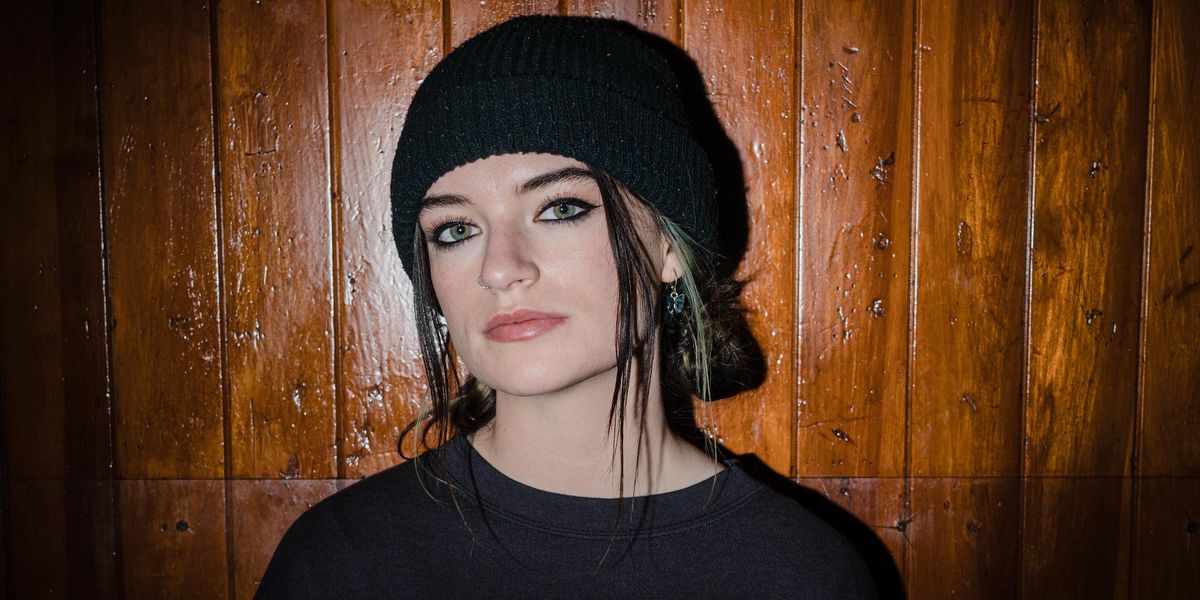 In 2020, Sara Kays landed a viral hit with "Remember That Night." Although that track gained her new fans as it pushed past 200 million streams, it was just a hint of what was to come. From the quiet melancholy of "When You Look at Me" to the vulnerability of her latest, "Math," the Indiana native has proven to be a skilled songwriter and a master at capturing the feeling of a moment.

Like Sufjan Stevens and Joni Mitchell, Kays leaves listeners feeling like they just read a short story. Her lyrics are specific and clever, two things often missing from the hook-heavy songs that blow up on TikTok.

We met up with Kays before her headlining show at the famed Troubadour in Los Angeles.

Tell me about the making of “Math.” This song really has a full band sound.
I wrote math stripped down on my acoustic guitar, as I usually do, but i definitely felt it would be more of an up-tempo, full band sound when we recorded it.

The lyrics address the struggles you have with body image. Why did you decide to discuss something so personal?
Body image is something I struggle a lot with, and I’ve written about it a few times by now. It was scary at first to be so vulnerable in my songs, but hearing from people who relate to what I’m saying has encouraged me to continue being real.

During our photoshoot, I mentioned how much I like “When You Look At Me.” You said something about how it helps to work with the same producer who understands you. Who’s this producer?
My producer is Steven Martinez. We’ve been working together since my first release!

Are you one of those writers who scraps a bunch of songs, or do people eventually hear most everything?
It’s 50/50. I can usually tell when something isn’t great before getting too far into it, but there’s definitely still times where I write something and come back to it the next day just to realize it wasn’t as good as I thought it was in the moment.

Why did you choose an acoustic singer-songwriter direction? Who did you listen to growing up?
I think this sound is just what I naturally gravitated toward when I first started writing. I wasn’t really trying to accomplish any sound at the beginning–I was more-so focusing on just trying to write good songs. Some of my favorite artists at the time were Alec Benjamin, Jake Bugg, Mayday Parade, and Twenty One Pilots

At what point did you realize “Remember That Night?” was going to be huge?
Probably when friends and family started telling me they heard my song playing at the store or on the radio pretty often.

How much do you think about how a song will be received on TikTok as you write it?
Not really at all while I’m writing the song. It’s after I write the song where I have to start thinking about how I can reach people with it.

You have an incredibly supportive TikTok following. What do you enjoy about interacting with them?
They really are supportive, and I love that it feels like a community! It feels even more that way at the shows.

What’s your favorite song to perform live?
I have a few, but one of my favorites to play on this last tour was "Future Kids," because that was my first time getting to perform without an instrument, and I loved being able to move around on stage and interact with the fans up front.

What have you been listening to lately?
The new Conan Gray and Alec Benjamin albums.