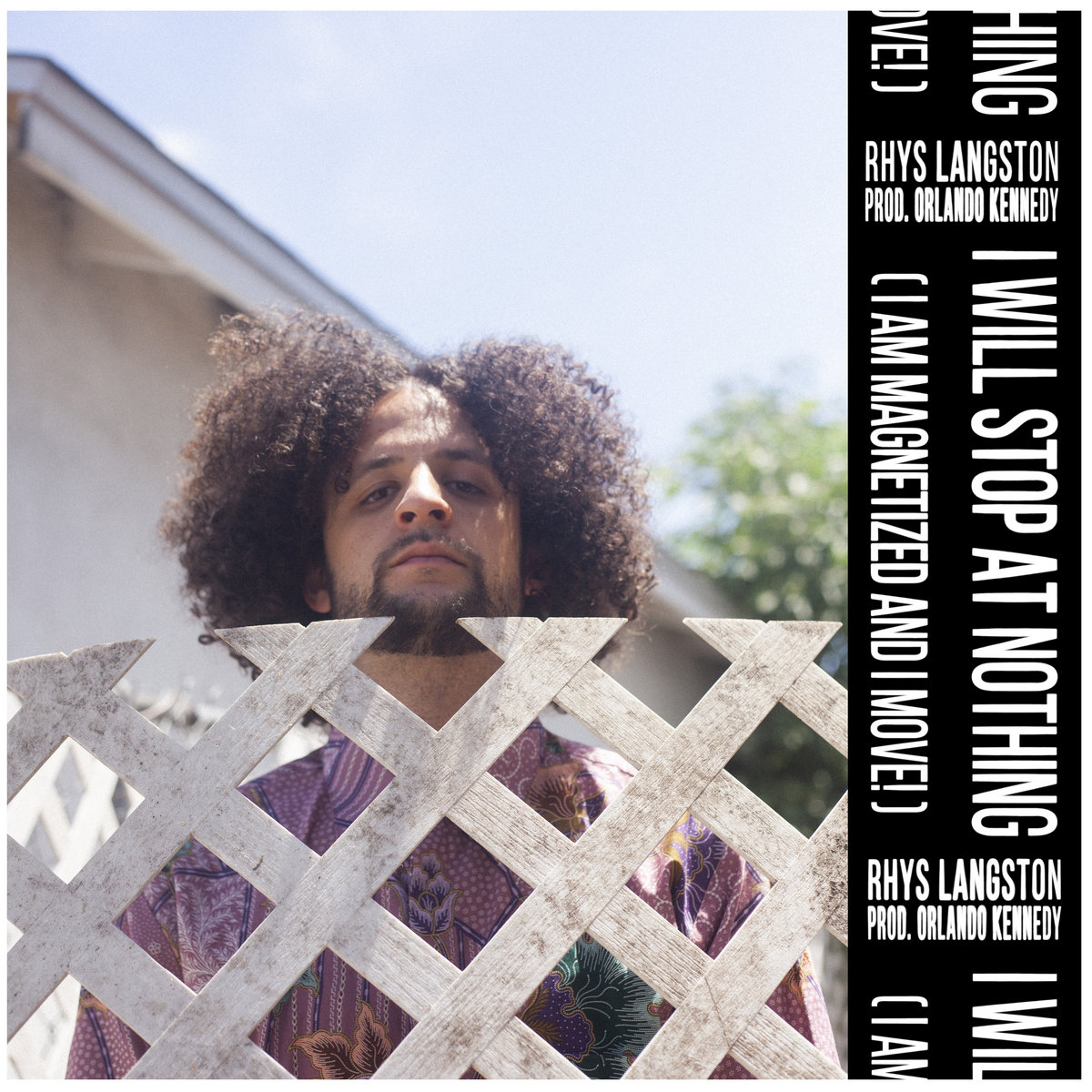 The heady, slyly humorous LA indie rapper Rhys Langston announced his new album Grapefruit Radio in June with “Progressive House, Conservative Ligature” and has since given us “Afro​-​Eccentric Character Creation Screen.” Today he’s back with one last single, along with news that the album will drop two weeks from now on Sept. 14 (yes, a Wednesday; he’s iconoclastic like that).

Langston’s latest single is the album closer “I Will Stop At Nothing (I Am Magnetized And I Move!).” Over chillwave-esque production from Orlando Kennedy, he goes in with vivid, impressionistic sequences like “I will stop at nothing/ Extend limb and feel mobility crushing/ Un-sequenced, scattered luxuries
and my voice box full of stuffing/ Dressings, fixings, MacGuyver’d epoxy, aluminum wire, ready-made
sculpted tableau portmanteau/ Union broken by below rust belt blows.” It’s hypnotic, and it’s a lot to unpack.

Below, watch Harley Astorga’s video for the track.

Grapefruit Radio is out 9/14 on POW Recordings.