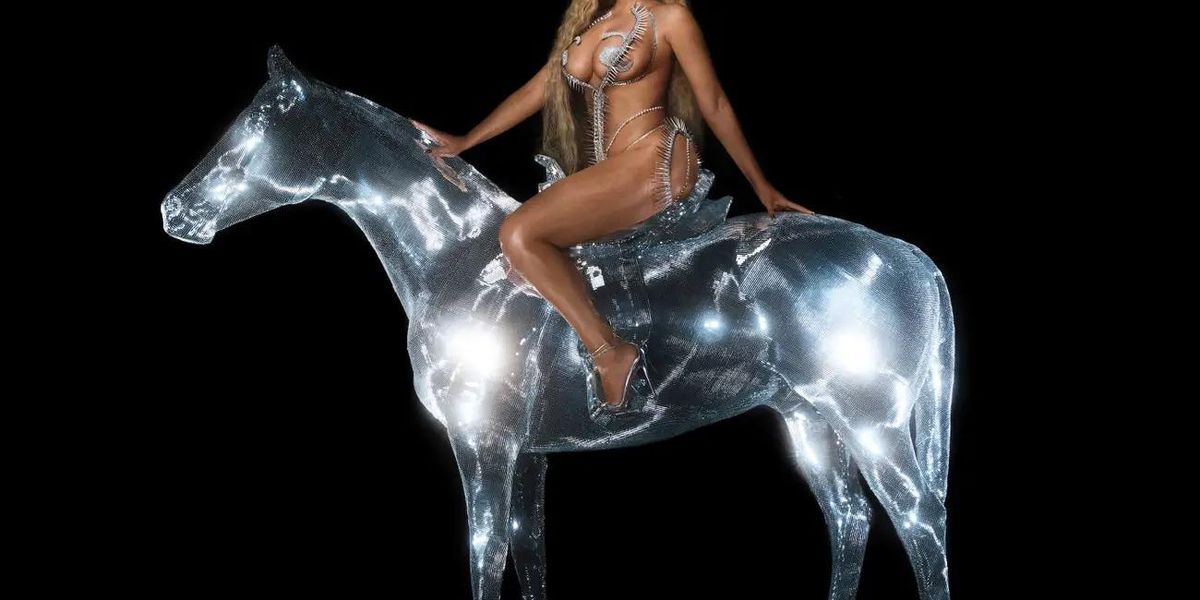 Happy Beyoncé week, month, and year to all who celebrate!

Beyoncé just released the album of the summer, RENAISSANCE. Spoiler alert: it’s exactly what you expect. Banger after banger. No skips. Changed the course of music, definitely. And history, probably.

Writer Hunter Harris put it best in her Substack newsletter:

“Renaissance is disco, ballroom, funk, house, dance — it is the mother 4 never had … it is the sister B’Day would want … the friend self-titled deserves! Renaissance is Beyoncé at her most idiosyncratic. Drake’s (great) Honestly, Nevermind was downbeat house, where the rapper finds a wave in each beat and tries to ride it. The music overpowers and sometimes supplants him, in an interesting way. Renaissance is Beyoncé as mutha, as master: she’s singing on top of layered, intricate compilations. Sounds jump out and over one another. And she’s singing these songs downnnn. The least conventional Beyoncé album gets the most conventional roll-out.”

This audacious, unprecedented, experimental album is a feast for the senses. It never goes where you expect. But herein lies some of the controversy.

RENAISSANCE splices in samples liberally. But one of the most iconic samples has caused an uproar.

The singer Kelis, of Milkshake fame, is calling out Beyoncé for sampling Kelis’ 1999 Get Along With You on Beyoncé’s new song"Energy" without permission. ⁠⁠

Kelis instantly took to Instagram to air her grievances — with Beyoncé, with the publishing deal she signed with Beyoncé, and with the music industry its big-bad self. “Milkshake alone is one of the most licensed records of our generation. I am a creator, I’m an innovator, I have done more than left my mark on an era of music and style that will go down in history. But there are bully’s and secrets and gangsters in this industry that smile and get away with it until someone says enough is enoug . So I’m saying it today. I’m coming for what’s mine and I want reparations.”

And Kelis didn’t stop there. Her next video reveals specifics how she ended up in this situation. Quite frankly, she was betrayed. As she should be, Milkshake by Kelis was a cultural reset.

Her 1999 debut album Kaleidoscope put Kelis on the map. The producers? Pharrell Williams and Chad Hugo. Heard of them? Yeah, those super famous and still-successful industry powerhouses. The three were friends at the time so Kelis believed them when they said they'd be splitting the profits equally. This did not happen. Turns out, she’s signed a publishing deal giving away her rights to the songs — even though she wrote them. Pharrell and Hugo got the money and the rights for Kaleidoscope and 2001’s Wanderland. And Kelis got swindled. ⁠She was only 19.

This issue also came up in a recent Guardian interview. “I was told we were going to split the whole thing 33/33/33, which we didn’t do.” Kelis explains that she was “blatantly lied to and tricked.” And seemingly with no remorse! “Their argument is: ‘Well, you signed it.’ I’m like: ‘Yeah, I signed what I was told, and I was too young and too stupid to double-check it.’”

Although this insight is disappointing, shocking, outrageous, who’s surprised? The music industry is notoriously predatory, especially to young women. ⁠

Case in point: Taylor Swift was forced to rerecord her entire catalog because Scooter Braun (the crowd groans) is holding her publishing hostage. Even emerging industry darlings like Billie Eilish and Olivia Rodrigo have had their share of trouble getting taken seriously.

Kelis knows this better than anyone. “I know what I own and what I don’t own. I also know the lies that were told,” she told Instagram. She’s not even angry. She just wants to be heard. “I also know the things that were stolen. Publishing was stolen, people were swindled out of rights. It happens all the time, especially back then. So, it’s not about me being mad about Beyoncé.”

Since Kelis doesn't own her masters, Beyoncé’s not in the wrong, legally. The controversy shines a light on just how shamelessly the industry uses and discards women.

Yet somehow, Beyoncé withstands the test of time. Over and over again.

In response to the Kelis controversy, Beyoncé has removed the sample from the song.

Kelis's name was removed from the credits and the song is different on streaming platforms — the magic of post-production.

So listen to RENAISSANCE guilt-free. I've got "HEATED" on repeat.