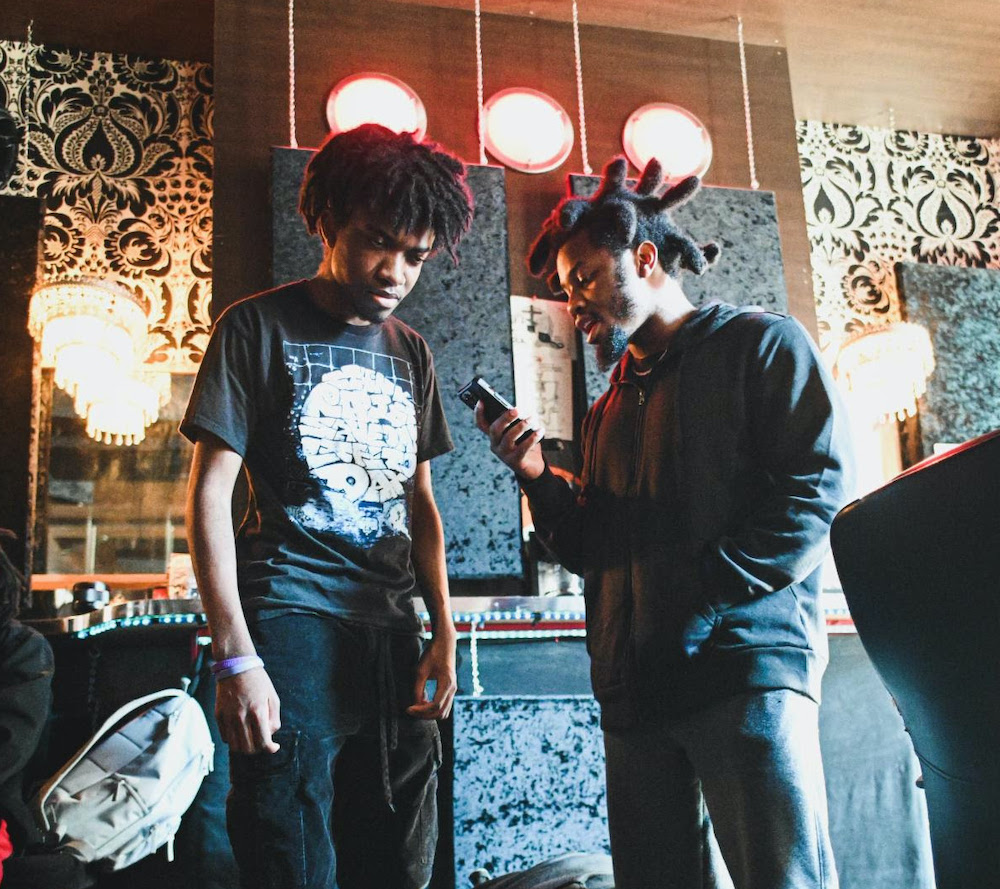 Earlier this year, on the same day that he turned 18, the fast-rising Maryland rapper and producer redveil released his lovely, hazy, contemplative album learn 2 swim. He also shared a video in which he asked some of his role models advice on hitting that 18th birthday. One of those role models was Denzel Curry, another rap trailblazer who started out very young. Since then, Curry has taken redveil out on tour. Today, Curry appears on redveil’s new remix of his learn 2 swim single “pg baby.”

On the “pg baby” remix, Denzel Curry gets into the track’s childhood-reminiscing frame of mind, but he also brings out the joyous energy that isn’t necessarily obvious when you hear the original. With Curry on it, “pg baby” suddenly sounds more like an anthem. In the grainy, lo-res video, which redveil directed himself, redveil and Curry look like best friends. Check it out below.

redveil’s self-released learn 2 swim is out now, and you can get it at Bandcamp.