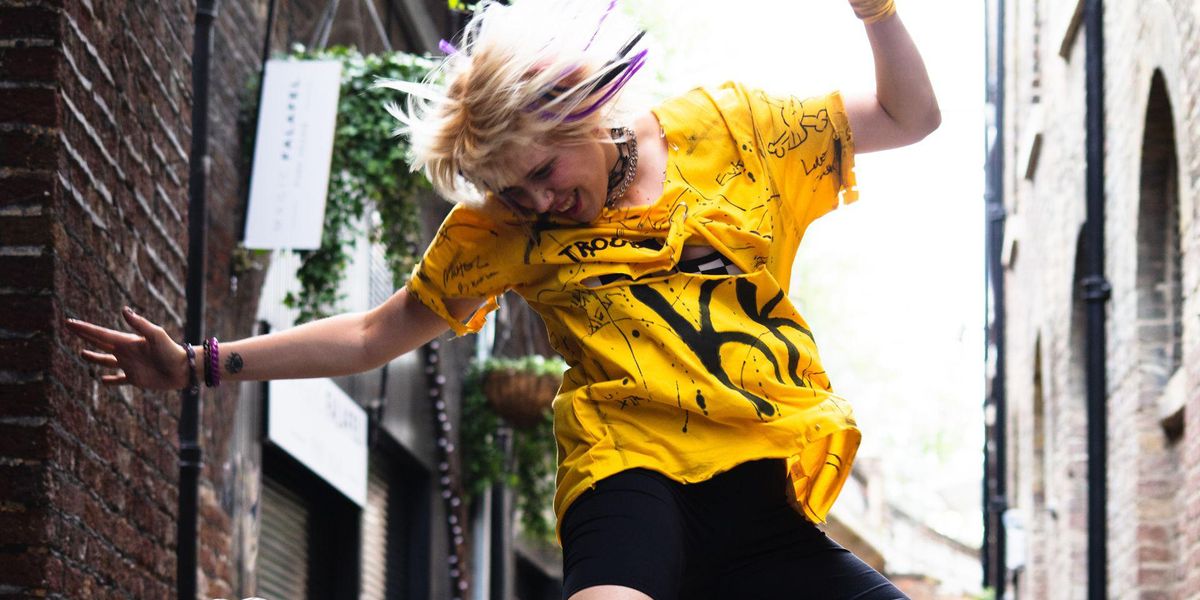 Kate Klein has returned to express what we all are feeling.

After watching the world seemingly crumble around her this past year, Klein has risen from the ashes with a new pop-punk infused track simply titled "Rage," a feeling that we're all too familiar with. On the gritty 2-minute anthem, Klein abandons her pop sensibilities in favor of crunching guitars, driving drums, and unprecedented angst.

"Rage is a hymn to rebellion, self-expression, a straight no to emotional repression," the singer said of her new track, which premieres exclusively today exclusively on Popdust. "I wanted to write a song that would let people express their anger, that we often repress: society tells you to behave, be a good boy, don't make anyone upset, go to school, get good grades, and become a good worker. Like this, buy that, don't do that…don't think."

As the track grinds along, Klein touches on the dangerous thrill of self-medication and the power that comes with doing whatever the fuck you want. "It's an anthem for the underclass hero," she said. "The system told us to be always nice, don't be upset, shut up, line up like a barcode and you'll be happy. I didn't want that. I think my generation is waking up. We know that life is more than that and we want to change it. I have always felt different like I don't belong anywhere, I wanted more."

Klein wears the influences for "Rage" right on her sleeve. Blink-182, The Ramones, Sum 41, Nirvana, all of these bands inspired Klein growing up in a powerful way. "Rock was my safety pin," she said. These influences really started to show themselves when she was locked down this past year. "My music started to sound different," she said. "I realized I have changed so much since the beginning of the pandemic. I didn't relate to my old material anymore. The world and the pandemic had changed me. I was angry, and I wanted to speak out my mind and talk about what's going on."

Check out "Rage" below: