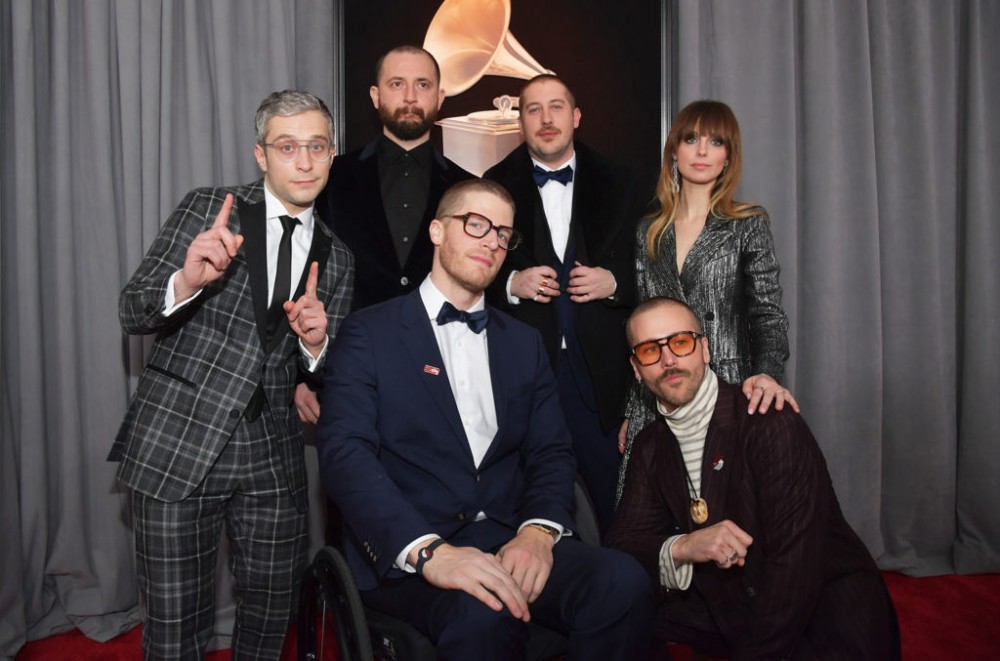 Members of the Grammy-winning rock band Portugal. The Man are stepping into a banned book controversy in their Alaska hometown.

After the school board at the Matanuska-Susitna Borough School District in Palmer voted 5-2 last week to remove five classics used for high school English elective courses including F. Scott Fitzgerald’s The Great Gatsby, Joseph Heller’s Catch-22 and Maya Angelou’s I Know Why the Caged Bird Sings, the band announced it would buy the books for any student or parent who wanted them.

The other two books are Invisible Man by Ralph Ellison and The Things They Carried by Tim O’Brien.

The books are controversial because of sexual references and descriptions of rape and incest, “things that are pretty serious problems, especially in our teenage world,” said board member Jeff Taylor, a Wasilla business owner who voted in favor of the ban.

Portugal. The Man guitarist Eric Howk was surprised to learn of the decision in the district north of Anchorage where the band members attended school, KTVA-TV reported.

“We were all students of the Matanuska-Susitna Borough school district and we have a lot of teachers there that we love,” Howk said.

“I think when it comes to stories and to books, we’re storytellers. You know, we’re songwriters and we’re storytellers and we take the situations and the experiences and the people that we meet and we kind of turn those into the stories that we carry on with us to the next place and to the next town. Storytelling is just kind of sacred to us and it just hits really close to home.”

District spokeswoman Jillian Morrissey declined to comment on the offer by Portugal. The Man. The books remain in district libraries, she told The Associated Press.

The National Coalition Against Censorship has asked the school board to reverse its decision.

In a letter to the board’s president, coalition officials said removing from the curriculum “every book that some member of the community might find controversial would leave education in shreds and students at a disadvantage.”

The Anchorage Daily News reported the agenda for the school board’s next meeting Wednesday includes a proposal to rescind the vote.

Sarah Welton, one of two board members who voted no last week, told the newspaper she requested the motion to rescind and wanted to give members of the public an opportunity to comment.