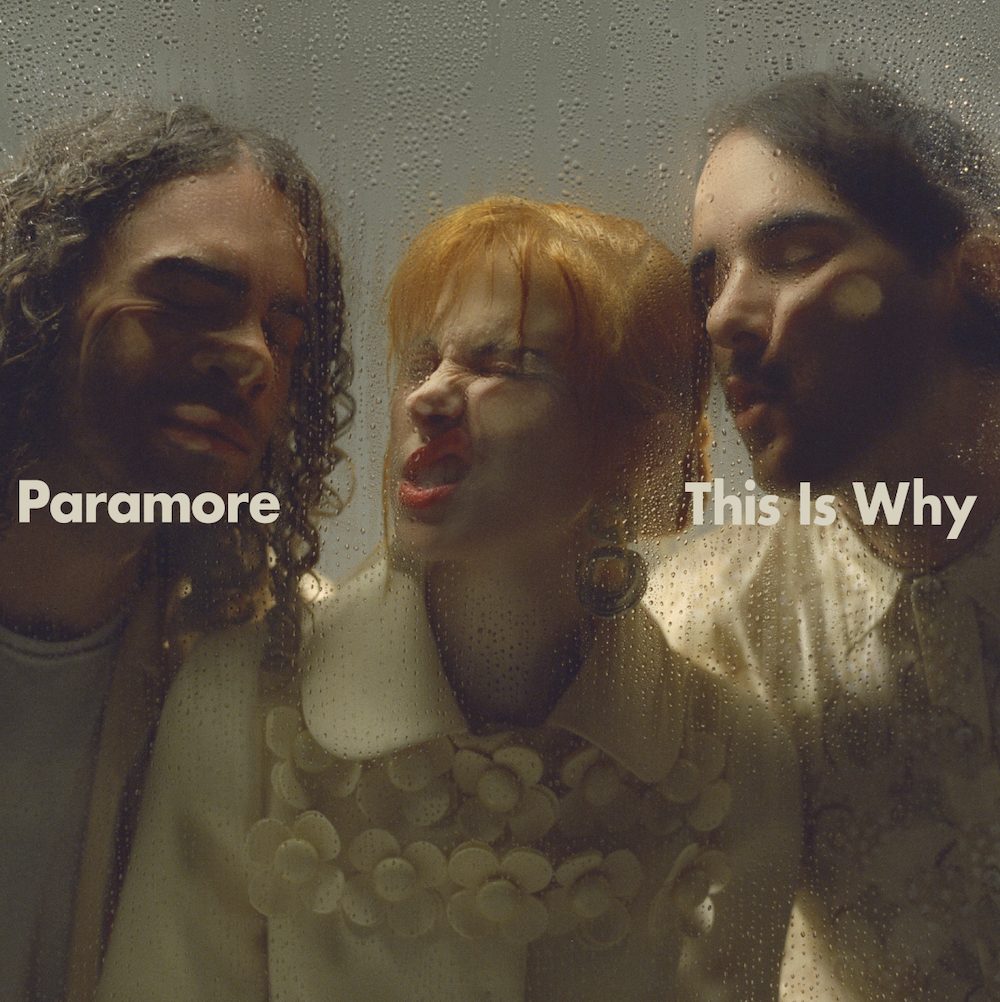 We’ve been tracking Paramore’s long-awaited return for what feels like ages. Last we heard, the emo-pop-punk giants had shared a cryptic album launch schedule on their website and talked about how much their new record would be influenced by Bloc Party. Plus, they’re going on tour starting next month. Now, Zac Farro, Hayley Williams, and Taylor York have officially announced their follow-up to 2017’s After Laughter. It’s called This Is Why, and it’s out Feb. 10 via Atlantic. Paramore are also sharing the album’s title track and accompanying music video.

Recorded in Los Angeles with longtime collaborator Carlos de la Garza, This Is Why is 10 tracks long (no actual track list yet, though) and features cover art shot by Zachary Gray. As for its title track, the shout-along “This Is Why” is a percussive, cathartic blast packed with post-pandemic lyrics about how much it sucks to leave the house in our hyper-politicized times.

“‘This Is Why’ was the very last song we wrote for the album,” describes Williams. “To be honest, I was so tired of writing lyrics but Taylor convinced Zac and I both that we should work on this last idea. What came out of it was the title track for the whole album. It summarizes the plethora of ridiculous emotions, the rollercoaster of being alive in 2022, having survived even just the last three or four years. You’d think after a global pandemic of fucking biblical proportions and the impending doom of a dying planet, that humans would have found it deep within themselves to be kinder or more empathetic or something.”

The “This Is Why” video is directed by Turnstile’s Brendan Yates and was filmed in Malibu last month. “It was so rad working with Brendan,” Williams adds. “I’ve known the Turnstile guys for a little while and was so psyched to have our worlds collide in this way. There’s a cool kinship between the way our bands do things… Hopefully we will get to play shows with them at some point.”

Check out “This Is Why” below.

Williams shared a lengthy message about Paramore’s return in the band’s Discord server, which you can read below.

Hello again, dear friends. It feels like it’s been a thousand lifetimes… Not only since we’ve put music out into the world but even longer since I’ve sat down with my computer to type out a note meant just for you to read.

The last few years at home were so crucial. We’re all in our 30’s now. Almost every single time the guys and I are together — and that’s a lot — we find ourselves reminiscing on the last 2 decades of friendship as if we’re ancient. It may sound silly but none of us can actually believe that we’re still here and that somehow, people still seem to care. It’s a massive deal… something we don’t take lightly.

From late 2018 until today, and for the first time in my adult life, I’ve been able to spend consecutive days, months, years, etc. at home. I kept weekly appointments (shouts to my many doctors), I cooked many meals (still wish it’d been more) in my own kitchen, and saw family (in person) any chance I could. The realization of just how luxurious these things are for anyone, anywhere, also became more apparent than ever. The lessons have been endless and they’ve been so different than any of the lessons I learned from living on the road, doing Paramore 24/7/365. This was a real break from whatever living I’d done before. Looking at our calendar for the next couple of years, I know that I would not be ready to give myself back to the band and the music and the life that I love so much had we not voluntarily given it up for a season.

For all of that, on behalf of us all, I want to say thank you for being so loving and supportive of us as humans first. The music industry is not a human-first industry. It’s not even a music-first industry. Look, we don’t even live in a human-first society!!!!!!!!!!!!! So choosing to walk away for a spell for our own sanity was not an ill-considered concept.

I must admit, coming out of our respective holes in the ground and back into the “real world” is terrifying. Watching and reading the news is like having the wind knocked out of you on a daily basis. The idea of getting out there and doing what we do at a time like this feels heavy and futile and necessary all at once. It also feels like the perfect time to take advantage of every opportunity we are given to leverage our platform and all of that for good causes. Whether those are literal causes or whether it’s just about showing ourselves and each other that music is still a good place to be. A show can still be a gathering and not simply a crowd. That’s what I’m looking forward to the most.

And I guess I’ll end this here.
Tomorrow, we start again!— And yet, really, we’re just picking up where we left off. For so many reasons I don’t even have words for, I think we are about to experience our happiest, most fulfilling moments as Paramore. And when I say “WE”, I hope by now you know what I mean.
You’ll hear from me again before long. Sending you love and my gratitude and hopes and solidarity and all that exists in between.

A note from Hayley on @paramore’s Discord. 🥹 pic.twitter.com/bc4nKHxG4k

This Is Why is out 2/10 via Atlantic Records. Pre-order it here.