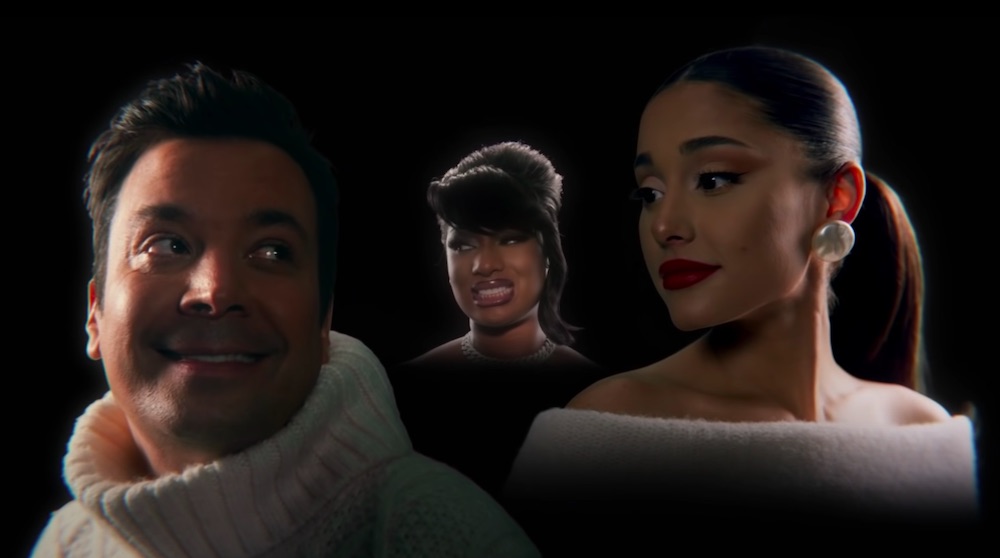 Jimmy Fallon, Ariana Grande, and Megan Thee Stallion’s new song “It Was A… (Masked Christmas)” is not a Tonight Show sketch. It’s an actual single, released on a major label, that is definitely aiming for radio play and streaming numbers. It has Jimmy Fallon singing through Auto-Tune about getting bad wifi for his Zoom Christmas party. Apparently, somebody somewhere still thinks that this kind of thing is funny, or charming, or cute! Somebody sees enough potential into this to put serious money into it! Go ahead, indulge your morbid curiosity below.

Fallon didn’t make this song for The Tonight Show, but he did debut it on his show last night. Before playing the video, Fallon told ?uestlove all about how this song came into being and how the record label told him that it’s a hit. I know that Fallon and ?uestlove have a long, mutually beneficial relationship and that they probably like each other a lot. But I also couldn’t stop thinking about ?uestlove spending years trying to build the Roots into something successful and facing constant disinterest from the music business. He must be at least a little bit annoyed about it, right? Maybe not. Maybe I’m projecting. Here’s that Tonight Show segment.

“It Was A… (Masked Christmas)” is out now on Republic Records. What a time to be alive.