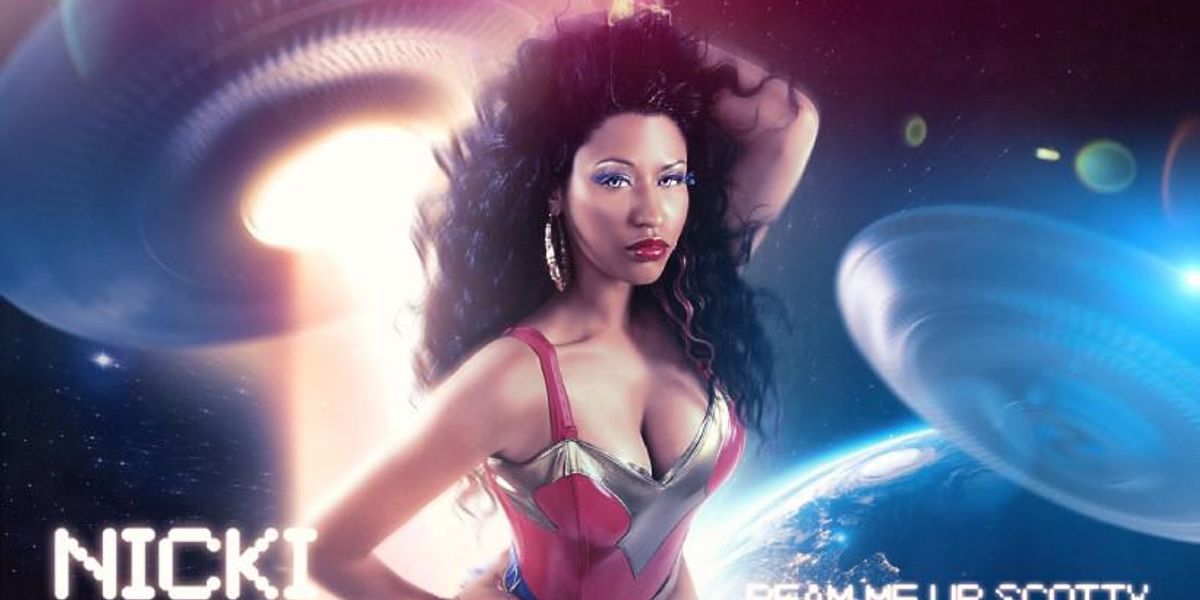 On October 23, 2010, Kanye West released the track “Monster,” a song featuring frequent collaborator and rap legend Jay Z, but newcomer Nicki Minaj completely dominated both Hov and Ye with her verse, making her a verifiable rap star and propelling her career to new heights — all before her first official album release.

Who knew then how much times would change? Kanye went from a force of chaotic good to marrying Kim Kardashian, becoming a Trump supporter, and running a misguided and dangerous campaign for President. Meanwhile, Jay Z semi-retired to do capitalism, cheated on Beyoncé (which no one could have predicted because … she’s Beyoncé), and had a public falling out with Kanye.

Nicki, who was a new name to the mainstream, found herself catapulted into the pop world, becoming one of the most decorated female rappers of all time and often appearing on the charts with radio friendly hits as well as memorable features.

But all good things must come to an end. Over the past few years, Nicki has been eclipsed by other female rappers like Cardi B and Megan Thee Stallion as her albums fail to chart in the same stratospheric ways and her personal life becomes messier. From her murky stance on sexual assault, muddied by collaborations with 6ix9ine and her controversial marriage to Kenneth Petty, to embarrassing interviews (who can forget the memes about her Harriet Tubman “to freedom” quote), Nicki Minaj fans (referred to as Barbz) have mostly gone into hiding.

But in 2009, things were simpler. Nicki Minaj, then a more underground artist, released a mixtape called Beam Me Up Scotty. Nicki was already a rising star, having won Female Artist of the Year at the Underground Music Awards in 2008 for previous projects, but Beam Me Up Scotty solidified her as a potential rap superstar.

The album includes some of her most iconic deep cuts like “Itty Bitty Piggy” and collaborations from fellow Young Money collaborators Lil Wayne and Drake. The mixtape was released just months before Young Money’s first collaboration project, We Are Young Money, and a year before both her legendary verse on “Monster” and her debut studio album, Pink Friday.

So when Nicki rereleased Beam Me Up Scotty as a surprise album on May 14th, fans were delighted to revisit the seminal album — this time, finally on streaming platforms and including three brand new tracks.

Minaj even went on Instagram Live just before the album dropped on streaming platforms, revealing the surprise. Drake even made an appearance on her Live at the end, saying: “We miss your presence, we miss your bars.”

Drake isn’t the only one who feels that way, and the new tracks on the rerelease have whet our appetites for a new Nicki era. During her livestream, Minaj promised that she was working hard on new music, so watch this space.

The three new singles are a welcome gift. The most exciting is “Seeing Green,” featuring Drake and Lil Wayne, the YMCMB reunion of our dreams.

Though the new songs are exciting, thinking back on the original first track reminds Barbz everywhere of the 2009 version of Nicki, trailblazing the industry and keeping us on our toes, delighting us with the unprecedented provocation in her lyrics, her style, and her persona.

With so many accolades to her name, it can be easy to forget how long and hard Nicki Minaj has worked for her success. Beam Me Up Scotty is a welcome reminder of why we first loved her and, hopefully, an indication of where her next era will take her.

Listen to the updated Beam Me Up Scotty below: