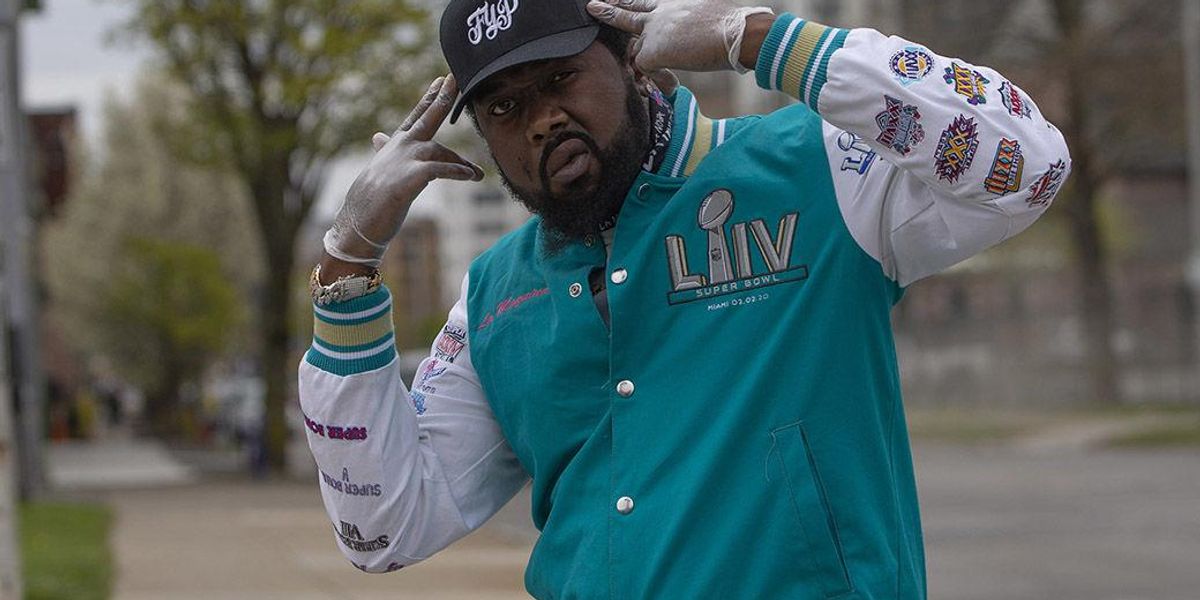 Conway the Machine has long been seen as Griselda’s steely doyen, a lyrical force of nature with one of the most distinctive voices in rap.

After an attempted assassination inflicted him with Bells Palsy and permanently paralyzed the right side of his face, the emcee learned how to use a newly distinctive slur to his advantage and has since developed a captivating flow that is sharp and disarming.

As the Buffalo emcee and eldest member of the collective turns 39 today, his vast and plentiful discography is easy to get lost in — as is the case with most of Griselda and their tireless album output. All of Conway’s projects are worth a spin, but there remain a few works that stand above the rest for those new to the steely-toned poet. Here are Conway’s most essential listens for newcomers.

One of Conway’s grittiest mixtapes, G.O.A.T., (which stands for grimiest of all time), is a deep dive into the cold, dark underbelly of Buffalo. Daringer’s muted loopings are full of crunchy static and are at times starkly minimal, but the choice to do so is a conscious one. Conway, who at the time of G.O.A.T.’s release was still an under-the-radar Slim Shady signee, wanted to demonstrate that his gruesome bars take flight even against the simplest of backdrops.

Vivid images of bloody violence and late-night drug deals perforate every bar. On “Mandatory,” Conway carves up his adversaries like the Joker and gets annoyed that his foe’s brain splatter stained his blue and black Nike Air Penny’s. On “Die on Xmas,” he reminisces on how his inability to flush product down the toilet fast enough landed him in prison and how he came out simply more determined to lead a life of high risk.

Fitted alongside Conway are some of New York’s toughest emcees, from Raekwon and Prodigy to Lloyd Banks and Styles P. While the project’s inflexibility can at times be monochromatic, G.O.A.T. was a powerful show of force for Conway.

A fan-favorite, Blakk Tape is a well-rounded addition to Conway the Machine’s canon. Released a year after G.O.A.T., Blakk Tape was also menacing, but Conway’s Mafioso raps carried more buoyancy. While G.O.A.T.’s dampened instrumentals refused to be anchored down, tracks like “Fish Fry” and “8 Ball” are grounded by thick, rumbling bass that gives Conway’s sharp narratives a shot of adrenaline.

“I grew up where it’s poverty struck, gotta be nuts / Tryna slide on us, the choppers’ll bust, body get struck / Shotty tucked, bakin’ soda just so my product can fluff / Breaking bricks down like karate was like a hobby to us.”

A much more rounded outing than its predecessor, Blakk Tape is captivating and rarely dull.

“Everybody is Food 2” cover

Conway’s Everybody Is Food series has been a go-to spot for Conway to just let loose on the opposition. Each of the three outings finds Conway entirely in his comfort zone, theorizing over silky looped beats how to best take out his foes and keep his haters at bay.

On EIF 2, the rapper is particularly volatile, at times taking hilarious jabs just for the sake of puffing out his chest. “I will slap a n**** with the power of a thousand-pound gorilla,” he says plainly on “PainKillers.” For those who want to just listen to Conway spit braggadocious rhymes, E.I.F. 2 is a gem.

Produced entirely by The Alchemist, Conway’s Lulu EP is an intimidating collection of songs that are full of disorienting galactic synths, menacing strings, and other unique brandishings only Al the Chemist can cue up. But Conway tackles each lush and unsettling track with ease, the pair’s chemistry undeniable as the rapper once again reminisces on late-night street escapades and ruminates on his unmatchable talent. “I’m the GOAT’ till infinity, I wrote with intensity,” he spits on “The Contract.” “Plus, my potent delivery, I just hope they remember me.”

No One Mourns The Wicked

Crafted alongside blogger turned producer Big Ghost LTD, 2020’s No One Mourns the Wicked finds Conway the Machine trading in his harrowing mafioso narratives for ice-cold flexes. “I’m like Deebo at the dice game shootin’ Cee-Lo / Foreign parked, auto-start, no keyhole / Took a loss and got a kilo, and I rebounded like I was Z-Bo,” he spits over lumbering electric guitars.

Conway takes no prisoners over the project’s 9 versatile instrumentals. He fits snuggly into the muted vocal loopings of “Shark Guts” but then unleashes ruthless attacks on his foes over weighty boom-bap smacks on closer “Scicario’s.” “My doctor was mad that I wouldn’t let him operate,” Conway raps on the latter. “I bounced back, I just make more money than my doctor make.” No One Mourns the Wicked shows just how nasty the rapper can be on the mic and is a fierce, blood-curdling battle cry, well-earned after years of relative mainstream obscurity.

Look What I Become

“Look What I Become” cover

Released as hype for his Slim Shady debut God Don’t Make Mistakes was all but bubbling over, Look What I Become was meant to quench fans’ thirst before the album’s release (which has since been delayed). To everyone’s surprise, the project was stuffed with a good amount of variety and was a surprisingly well-rounded outing for the emcee.

Closer “You Made It” is smooth as silk, with R&B underdog Amber Simone offering powerful vocals that compliment Conway’s oddly inspiring bars. Other offerings like “Vindo D” are equally as soulful, with a buttery chorus and lush instrumental pushing Conway out of his comfort zone. It’s a fantastic tape that demonstrates Conway’s versatility as a rapper.

From King To A GOD

The debut solo album from Conway the Machine, From King to a GOD, is the rapper’s most complex project to date. It shows him stepping out of the shadows he comfortably lurked in for years, instead choosing to embrace his newfound fame and become a pillar of hope for his community, all while musically exploring new territories in the process.

Stuffy loops are traded in for more emotional and alluring energy, as he attempts to cater to peering eyes who may not be in yet on the Griselda hype. “Fear of God” is a braggadocious epic fit for the Maybach Music roster, and “Spurs 3,” which features all of his Griselda contemporaries, is a spitfire tour deforce, with every member in their bag as they merely use the acidic instrumental to obliterate their enemies. For those looking for a more versatile project from Conway the Machine, From King to a GOD finds him traversing exciting new territory with ease.

Arguably the most iconic Conway project, Reject 2 was the first release from Conway the Machine after his attempted assassination in 2012. Reject 2 carries a stark hunger for redemption. Full of bleak and unsettling beats that have since become his calling card, Conway raps with his newfound lisp with a sense of desperation and grit.

He sounds terrifying as a result, and he crafted some of the most timeless music of his career. “I been thru it, all my scars are the proof / I sold raw on the stoop, now it’s BET awards in a suit,” he raps on “Wraith-ful.” “Cracking cigars sitting underneath the stars in the roof / But I’m still thanking God for all that he do.”

While the experience of being shot forever traumatized Conway, he remains grateful for having survived at all, and on Reject 2 he sounds hungrier for success than ever before.