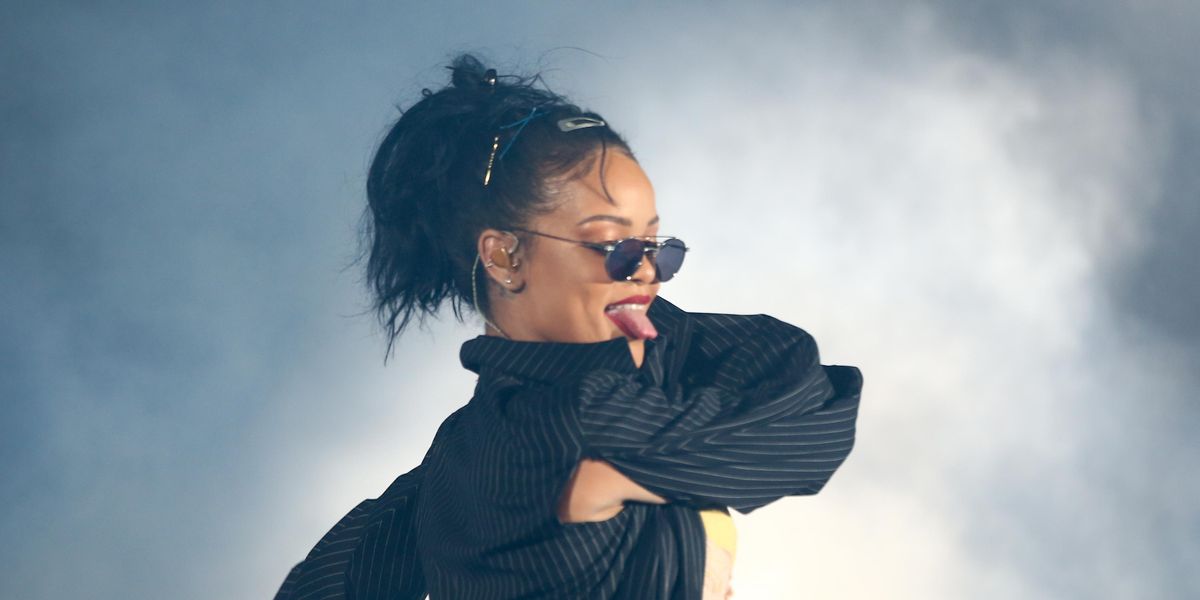 First, Beyonce released Renaissance. Then Taylor Swift dropped Midnights. We were still reeling from those two groundbreaking, life-changing albums when the impossible happened: Rihanna announced her new song, ‘Lift Me Up.’

The new track, ‘Lift Me Up,’ is a haunting lullaby from the Black Panther: Wakanda Forever soundtrack.

Backed by choral voices, Rihanna lets her vocals take center stage for this achingly gorgeous song. She shows off her vast emotional range by flowing from soft, whispered phrases to belting out pleas for safety.

Although the lyrics are simple, they’re gut-wrenching. “Lift me up, hold me down,” she sings, and we’re reminded of the tragic passing of Chadwick Boseman. The song was written by Tems and is a tender tribute to Boseman.

I can only imagine how the song will feel when I hear it in surround sound in theatres, watching the latest Black Panther film on November 11th. I’m getting chills just thinking about it.

LISTEN TO 'LIFT ME UP' NOW

What a departure from Rihanna’s last iconic, career-defining album ANTI in 2016. 2016!! Can you believe we’ve suffered this drought for so long?

But now Rihanna is making up for it in spades. The jury’s out on whether her other upcoming music will be in the vein of ‘Lift Me Up’. Or is this a vibe she unearthed just for Wakanda? Good news is it’s more and more likely that there will be new music.

We’ve been teased before. We’ve had our hopes dashed. But the signs are pointing to a Rihanna release in the near future. She’s been spotted going in and out of the recording studio. She’s announced that she will be performing at the Super Bowl Half Time Show. And… she’s going on tour in 2023.

Rihanna — take my money! But please give me an album in return!

Rihanna’s not the only one making a comeback. Beyonce and Taylor Swift also plan 2023 stadium tours. This will be a huge year for StubHub, Ticketmaster, and me, I can tell you that.

And guess who else has made a comeback? SZA. It’s Scorpio season, and it seems our resident toxic Scorpio is back with a song we’re sure to hear at every single Halloween bash.

SZA’s latest single, ‘Shirt,’ is taking us right back to her debut album, CTRL, which she released in 2017. The girls have made us wait for soooo long, but SZA’s repenting for her sins by dropping this major banger.

While she’s had hits, features, and singles since 2017, we can only hope that ‘Shirt’ signals that we’ll be getting a full album. 2023 looks like a major year for music and I can’t wait to see what it has in store for us. Though my budget might be less pleased…

One thing is for sure: the era of the pop diva is back and better than ever. This is one Y2K-era trend that I can get behind. I want my girls to be dominating the charts, the news, and the red carpets just like they did in peak popstar era.

The only person we’re waiting for is Normani.

Girl, where’s the album? If Rihanna can do it — fresh from having a baby, no less — then so can you!