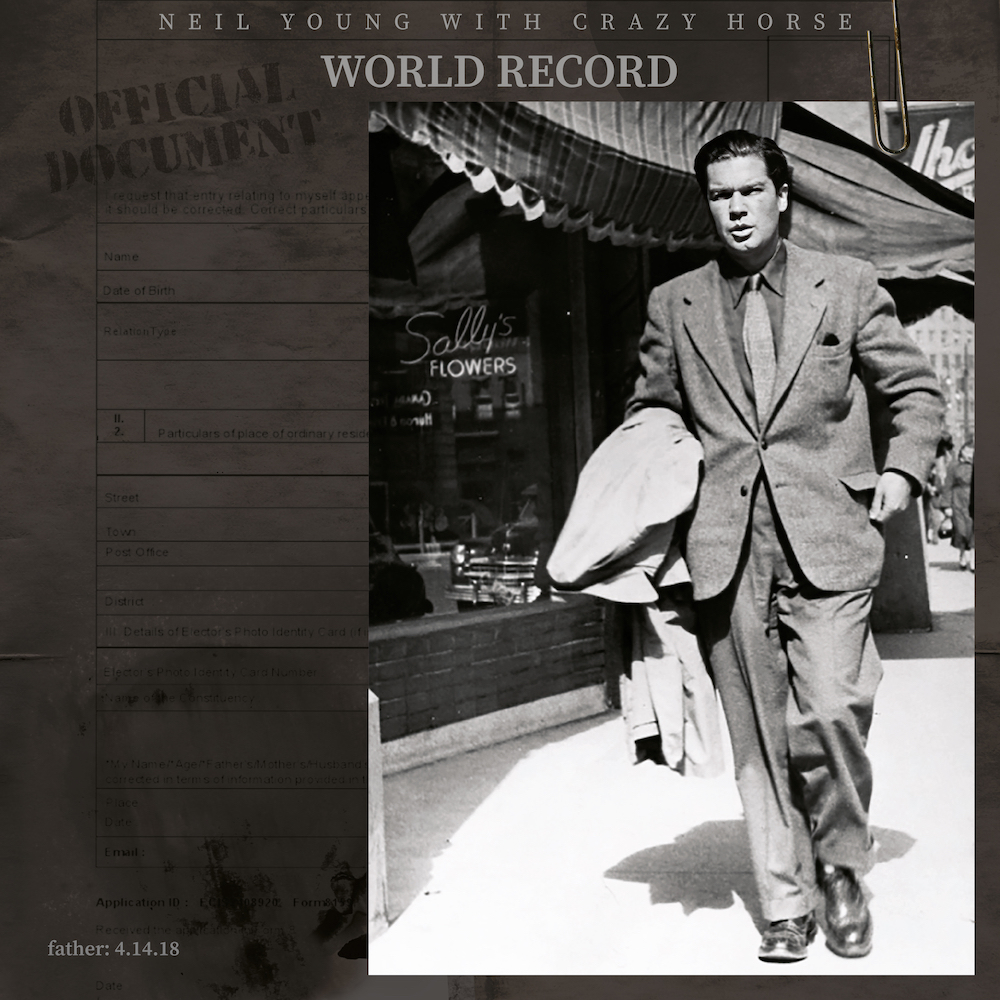 In November, Neil Young will release a new, Rick Rubin-produced album he made with Crazy Horse called World Record. Recorded live at Rubin’s Shangri-La studios in Malibu, World Record will be available as a three-sided 2xLP, a regular LP, CD, and cassette, and it will be available in high-resolution streaming audio via Amazon, Apple, and Qobuz (not Spotify, though). It’ll also be in the Neil Young Archives. Last month, Young & Crazy Horse released World Record‘s lead single “Love Earth,” and now the group is back with another song off the album. It’s a twangy, mid-tempo stomper called “Break The Chain.” Listen below.

World Record is out 11/18 via Reprise Records.