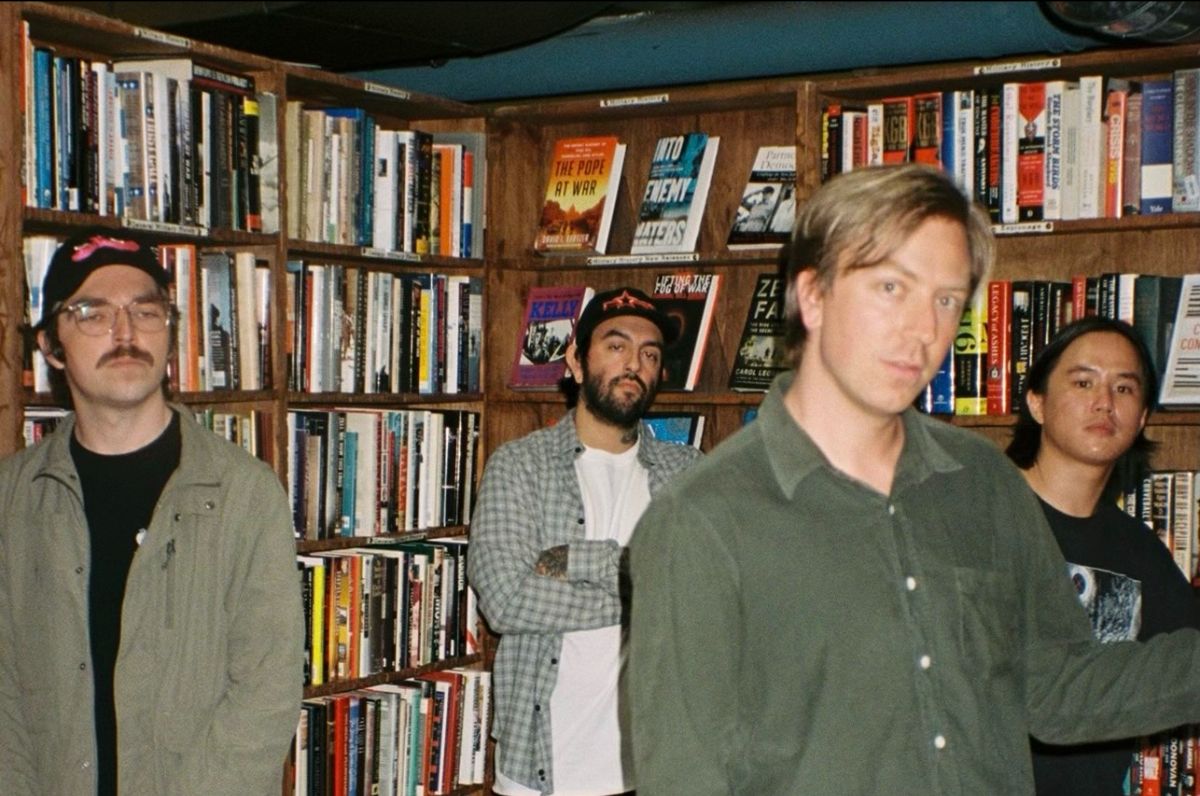 Redondo Beach’s Modern Color have been around for the better part of a decade, and they’ve already got three albums to their name. They’ve got a woozy sense of melody that draws heavily on ’90s shoegaze and college rock, but they don’t fit into any easy genre designations. These days, drummer Vince Nguyen also plays guitar in Militarie Gun, which you’d think would keep him busy, but no. Right now, Modern Color are gearing up for a full US tour, where they’ll play with bands like Toner and Gleemer, and they’ve just released a very cool new one-off single called “Greener Grass.”

“Greener Grass” is a thick, heady track with a serious low-end churn working for it. The track is built on a splintered guitar riff and a full-on breakbeat. The vocals are muffled and deadpan, but the synth effects push it into bliss-out territory. In a press release, Vince Nguyen says, “The song is about trying to find a balance between pursuing passions and maintaining relationships and ultimately feeling like we only ever get a fleeting glimpse of the greener grass on the other side. Sonically, we wanted to explore a dynamic that allowed us to approach songwriting in a more vulnerable manner.” Check it out below.

“Greener Grass” is out now on Other People Records.